I typically review gadgets that require electricity, but my focus this week is on a nifty piece of engineering that requires no power cords or batteries. Uncaged Ergonomics' WorkEZ Executive is a multipurpose laptop/tablet stand that's just about the coolest product of its kind that I've run across.

Made of lightweight aluminum, this foldable mini-table has a surface about 45 centimetres across and 25 centimetres deep – plenty of room for tablets and enough space for an average-sized notebook with room to spare for a mouse. A rubber ledge on the bottom provides grip to keep laptops in place, and the surface has a series of cooling holes to disperse excess heat.

But the killer feature here is the table's two folding legs. Both are comprised of three metal segments that rotate on thick, plastic hinges. These hinges turn 360 degrees, locking into place at 15 degree intervals with satisfying snaps. Broad, spring-loaded buttons in the centre of each hinge are marked with precise angles to let users make quick, guess-free adjustments, and the tip of the lowest segment has been cleverly hollowed to allow access to the hinge button of the second segment when the table is fully folded.

The upshot of all this leg rotating – which takes just seconds, by the way – is that the table is remarkably versatile.

It can elevate a laptop, display, or tablet off the surface of a desk or table. It can also be transformed into a table in front of a chair; a podium-like document holder for executives delivering boardroom lectures; a raised recipe book holder for the kitchen; and a low-rise play and painting table for kids on the floor.

Just lay the bottom segment flat for support, adjust the middle and top segments at zigzagging angles for height, then rotate the tray for viewing comfort.

I used it most frequently on the couch as a stand for my iPad, tweaking the joints to make the tray hover just over my lap at a comfortable height. I used it in bed, too, adjusting its leg segments in a similar manner but rotating the tray nearly upright so that it faced my pillow-propped head.

Basically, it can function as a raised flat surface pretty much anywhere you might need one – even on slightly uneven ground, thanks to those movable joints. This highly portable stand folds up to be no larger and not much heavier than an average dinner tray.

The only hitch I've been able to detect is that it can be a bit wobbly in taller orientations. I haven't seen it fail or tip, but it seems like it would be easy to topple were a passerby to bump into it. This is likely to be expected of something that's so light and features so many moving joints (its recommended load capacity is a mere six kilograms), but it still makes me hesitant to use it at its highest setting burdened by something as valuable as a laptop or potentially messy as lunch.

I also found that a bit of caution needs to be exercised when rotating the segments, which slide past each other like the blades of a dull pair of scissors. I've suffered a couple of mark-making pinches when spinning the segments around too quickly and carelessly.

However, assuming a modicum of prudence is exercised in its operation, I have no trouble recommending this innovative and useful multipurpose table for a wide variety of situations in the home and office.

The WorkEZ Executive is available in black, pink, and silver directly from the manufacturer's website ( www.uncagedergonomics.com) for US$75, along with other versions featuring trays, segments, and joints of different sizes.

Memory Vault is a practical way to preserve your memories
October 21, 2011 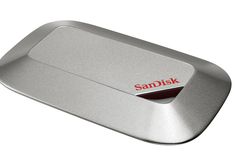 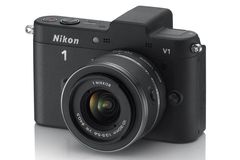 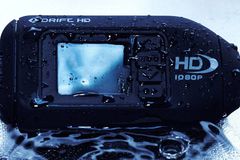