Most people don't really need a tablet, but it seems like everybody wants one. And why not? Lightweight, portable and increasingly powerful, tablets have become a mainstay in academia, offices and many households and thanks to their ability to make light work of productivity tasks, gaming, entertainment and everything else in between. That a tablet, when paired with the right apps, can be anything to anyone, makes them a great gift. But which one should you get?

We've already made our pick that the best all-around tablet is the iPad Mini with Retina display, but if you want something bigger or with different features, here are our best bets: 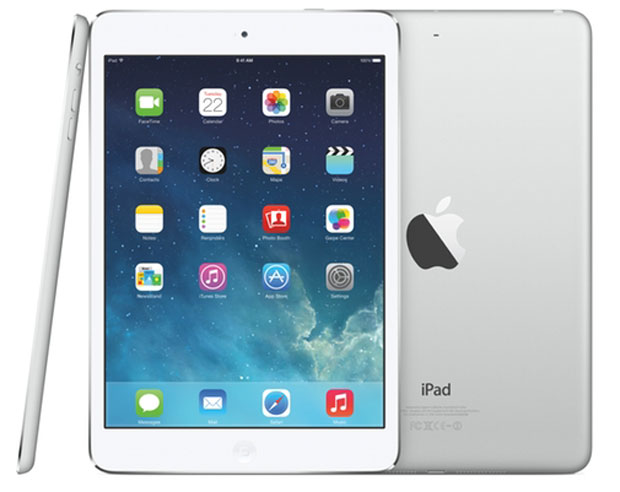 Apple’s original tablet received a significant rebuild this fall and was rebranded as the iPad Air, and justifiably so: It’s the thinnest, lightest version of the 9.7-inch display device yet. Weighing in at one pound, it’s 28 per cent lighter and 20 per cent thinner than its predecessor was, making it significantly easier to hold, even with one hand, while reading, gaming or Web browsing. Like the latest iPad mini, the iPad Air also comes with a Retina display, super fast Wi-Fi and optional LTE connectivity, access to Apple’s unmatched library of apps, music and video, a scorching fast A7 chip and up to 10 hours of battery life. But here’s the thing: The 16 GB base model costs $518. For that price, you can get an iPad mini with a slightly smaller screen but double the storage capacity. The Air’s extra screen real estate is nice to have if you plan on using the tablet as a laptop replacement, doing a lot of typing or other productivity tasks, but makes the tablet significantly less portable than an iPad mini. So, take the time to consider your needs – or those of the person you’re buying a tablet for – before committing to an iPad Air. 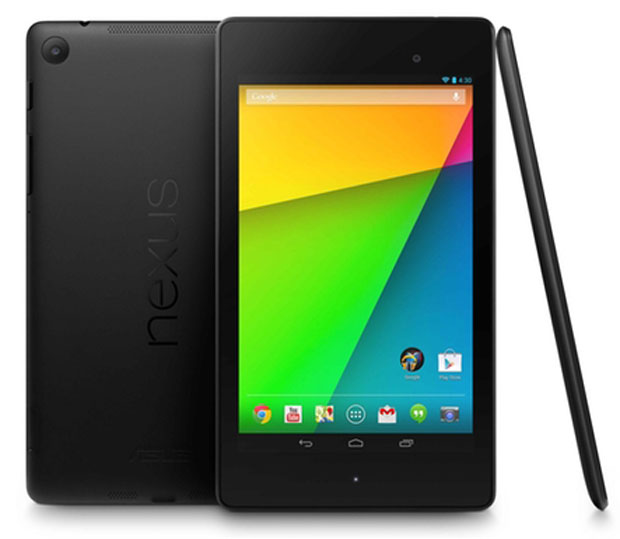 The Nexus 7 is a great piece of hardware for a great price: $229 and $269 for the respective 16 GB and 32 GB versions (with a $349 32GB LTE version of the hardware coming soon).
Featuring a 7.02-inch 1080p HD display (with a pixel density comparable to the iPad mini’s Retina screen), stereo speakers, a sleek black case design, front- and rear-facing cameras and a blazing fast chipset, the Nexus 7 would make a great gift for anyone, no matter where their passion lays. Gamers will enjoy how the hardware handles 3-D content. Film buffs will love how clear their favourite movies and TV shows are on the tablet’s ultra-crisp display. The same goes for readers: browsing a magazine or ploughing through a mystery novel downloaded from the Google Play Store or through Amazon’s Kindle app is easy on the eyes. And thanks to a full suite of free Google applications like Google Drive, Google Docs, Gmail, Hangouts and Google Now, staying productive, organized and in touch couldn’t be easier. Additionally, parents will love the latest version of the tablet’s operating system’s ability to create a separate account for their kids.
It’s a great device, and it’ll make a lot of people happy. But before you buy remember that while Google’s selection of tablet applications has grown considerably over the last year or so, it still pales in comparison to what iPad owners currently enjoy. Give Google Play Store a browse to make sure that you’ll be able to find enough apps, movies and other content to keep you satisfied. 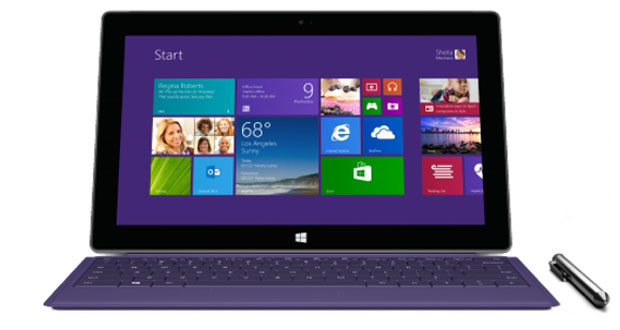 If you’re buying a tablet for a dedicated Windows PC user, chances are an Apple product might not be a welcome sight, no matter what spirit the gift was given in. Instead, consider picking up Microsoft’s Surface Pro 2 tablet.
The Surface Pro 2 offers more than enough power to run most of the Windows desktop productivity titles and games that most of us already know and use daily – but on a tablet! It features a 10.6-inch 1920 x 1080 full HD display (as well as a mini display port for plugging into a larger monitor), USB 3.0 port, Intel Core i5 processor, front- and rear-facing cameras and a minimum of 4 GB of RAM and 64 GB of internal memory (as well as a microSDXC card reader).
If some serious productivity is the order of the day, flip out the tablet’s built-in kickstand, attach a Type Cover keyboard and you’re ready to crank out a Word document or create a PowerPoint presentation. The Surface Pro 2 also has an integrated WACOM digitizer display, making it possible for it to take pen/stylus input. That’s a feature that serial note takers and digital artists will love.
Here’s the rub: Having the full power of a desktop PC in tablet form doesn’t come cheap. The base 64 GB version of the unit will set you back $899. If you want extras like a Touch Cover or a wireless mouse to use with it, expect to spend another $200. You could save some money by buying a Surface 2 (the non-Pro version) tablet instead. It can be had for as little as $449. But I’d recommend against it. Its operating system might look the same at first blush, and it does come with a basic version of Microsoft Office, but the Surface 2 is a RT tablet that uses a watered down version of Windows 8 that’s only able to run applications downloaded from the Windows Store, which means the option to run desktop software is off the table. 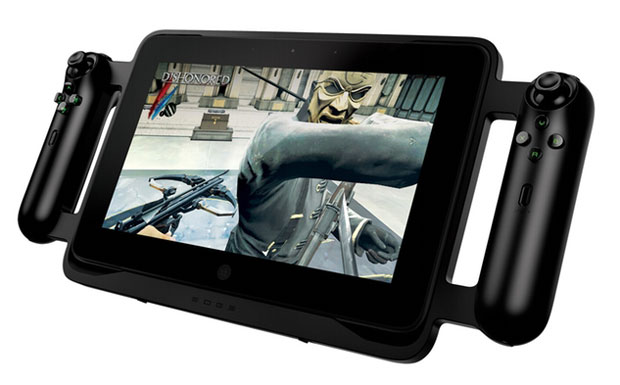 Most games designed for tablets are either built to be controlled by a simple touch and swipe interface, or imperfect on-screen control “zones” that offer a limited amount of precision. But the Razer Edge Pro Gaming Tablet is no Angry Birds-only machine: It’s a Windows-powered tablet designed specifically for mobile PC gaming.
Capable of leveraging the vast library of contemporary and vintage AAA computer games from such sources as EA’s Origin download service, Battle.net and Steam, the Edge is a hard-core gamer’s dream. It rocks a dual core 1.9 Ghz Intel Core i7 processor, 8 GB of DDR3 RAM, a 10.1-inch multitouch display and a 2 GB NVIDIA GT 640M LE graphics card, all of which means the Edge can handle just about any game you’d care to download. While titles like Civilization V might work well with a touchscreen, Razer understands that fondling a slab of glass is not the best way to play a first-person shooter. That’s why the Edge has no shortage of interface options (though they do cost extra), including a keyboard dock, console-style gaming controllers and a case that features a set of mobile control sticks for on-the-go gaming. What’s more, by adding a mobile docking station into the mix, gamers can hook the Edge up to a big screen TV, making it a great choice for anyone looking to add a little pew-pew to their pre-existing entertainment centre.
This calibre of mobile gaming power doesn’t come cheap. The 256 GB version of the tablet – without any control accessories – costs $1,449.99. And by the time you’re done buying a few extras like the additional battery, mobile docking station or keyboard dock, you could easily wind up paying close to $2,000. But when it comes to mobile gaming, it has no equal.
Follow us on Twitter @globetechnology Opens in a new window
Report an error Editorial code of conduct
Due to technical reasons, we have temporarily removed commenting from our articles. We hope to have this fixed soon. Thank you for your patience. If you are looking to give feedback on our new site, please send it along to feedback@globeandmail.com. If you want to write a letter to the editor, please forward to letters@globeandmail.com.
Comments