Buying a gift for the home theatre nut on your list isn't easy. There's a boatload of home theatre hardware out there – so much so that shopping for the right piece of gear can be an absolute nightmare. To help you keep your sanity as we dive headlong into the holiday shopping season – whether you need a new big-screen TV, a better streaming box or audio options – I've put together a list of ideas that are desirable and reasonably priced.

Chances are, you'll find something here that'll make the perfect gift – even if the person you're buying it for is you. 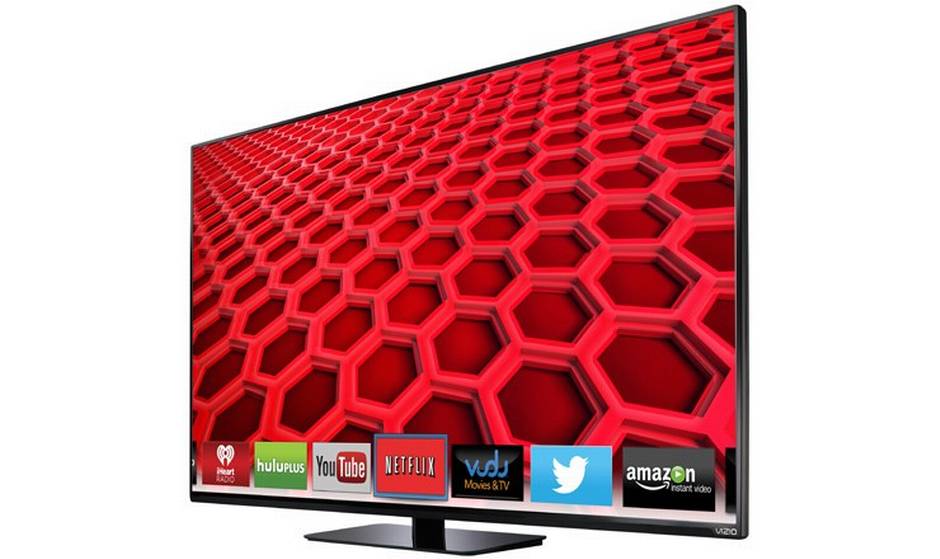 No matter what you like to watch, you’re going to want to watch it on the largest television you can afford, even if you can’t afford all that much. The trick to finding a television that you’ll be happy with for years to come, is to find one that walks a fine line between being value priced and offering enough premium features that you won’t feel the need to upgrade after owning it for a year. Priced at $950, the 60-inch Vizio E Series E600i B3 LED Smart TV might be the just the thing: packed full of features normally associated with more expensive hardware, it’s a great choice for anyone looking to update their entertainment system’s focal point at a reasonable price.
With its 60” high contrast full 1080p LED display, wide 178°/178° viewing angles and 120hz refresh rate, the Vizio E series is a great choice for television lovers, movie buffs and hardcore gamers. Pairing it with an Apple TV, Roku Stick, Sony Playstation 3 and plain old vanilla cable service, I found that there wasn’t anything that its massive display couldn’t handle well. The television’s colours were rich, true to life and varied. It’s blacks were deep, and images, at all but the highest speeds, moved across the screen with almost no blurring. Two built-in 10 watt speakers provided me with perfectly respectable sound quality (albeit without a lot of low end rumble,) and thanks to the E series’ three HDMI ports, ethernet jack, built-in 802.11n Wi-Fi, a USB port and a bevy of component and composite plug-ins it’s a TV that’ll meet most people’s home theatre needs for years to come. What’s more, as it’s a smart TV, the Series E comes packed full of baked in applications such as Netflix, Facebook, Twitter, Flickr and Crackle to keep most people happy and ignoring everyone else in the room for hours on end.
However, before buying a piece of Vizio hardware, be aware that while the company has been active in the U.S. for some time now, 2014 marks their first foray into the Canadian market. As such, there may still be a few kinks for them to work out. For example, the hardware I was lent for this review came with a remote that prominently features a button for Amazon Prime Video – a service not available to Canadians. That’s not a huge deal, but I’d like to think that for the price, we could see a piece of regionalized hardware.
It’s also worth noting that while the E Series television comes with a limited one-year warranty, I’ve not been able to get a feel for the company’s customer service here in Canada. So while I’m normally against the purchase of an in-store warranty, for anything, in this case you might benefit from grabbing one just to be on the safe side. That said, I doubt you’ll have any problems. The reviews for this television have been very generous among trusted media outlets in the United States.

Now’s likely not the best time to invest in a 4K-capable television set (also known as Ultra High Definition). I mean sure, if you can afford one, get one: buying future-ready hardware is rarely a bad decision. But for most people, waiting won’t hurt especially given the fact that 4K displays and televisions are still spectacularly expensive and largely barren of 4K resolution content to view on them.
That said, there’s absolutely no reason not to invest in a great peripheral that’ll serve you well now, but will also be ready for 4K when the time comes. The Sony 3D Blu-ray Disc Player with Super Wi-Fi (sexily named the Sony BDPS6200,) can be found online and in stores for $160. Offering Full HD 1080p Blu-ray disc play back, the ability to watch 3D movies, DVDs and also play music CDs, the BDPS6200 will take care of most of your media needs. What’s more, once you buy a 4K display, the BDPS6200 will upscale your existing Blu-ray collection so you can make the most of your investment. In addition to this, the BDPS6200 also comes packing Wi-Fi connectivity to connect to The Sony Entertainment Network, YouTube, Slacker, Netflix and many more. Given it’s streaming capabilities, for anyone that has a large collection of Blu-rays and DVDs, this Blu-ray player could very well be a better investment or gift than a disc-less streaming set-top box.

No matter how sweet your home theatre setup might be, there’ll be times when the other people in your home won’t be into what you’re watching. To keep them entertained while you’re enthralled, we recommend the Slingbox M1. For around $150, the M1 has the ability to stream live television programming to phones, tablets and computers not only in your home, but anywhere around the world. Setup is a cinch: simply download the SlingPlayer app to your phone, tablet or computer, answer a few questions about your cable setup, connect the M1 to your cable/satellite box and television, follow the M1’s prompts to hook it into your home’s internet network via a wired or wireless connection and you’re in business. Once connected, you’ll be able to watch live television from anywhere you can snag a cellular or Wi-Fi signal, as well as browse programming information to make finding what to watch, and when, a breeze.
After using the Slingbox M1 for a few weeks, my only complaints are that quality of the video stream provided by the hardware to tablets, PCs and smartphones can vary drastically based on the speed of your home network and the upload/download speed of your mobile connection when you’re out and about. I was able to, for example, watch CTV while I was on a recent trip to San Jose using hotel Wi-Fi. It also worked well on an iPhone 6 and Nexus 7 via LTE. On a 3G network? Not so much – image quality suffered significantly. It’s also worth mentioning that while there are no service or subscription fees associated with using the SlingBox M1, you will have to pony up $15 for the phone and tablet apps in order to use it with your mobile devices. 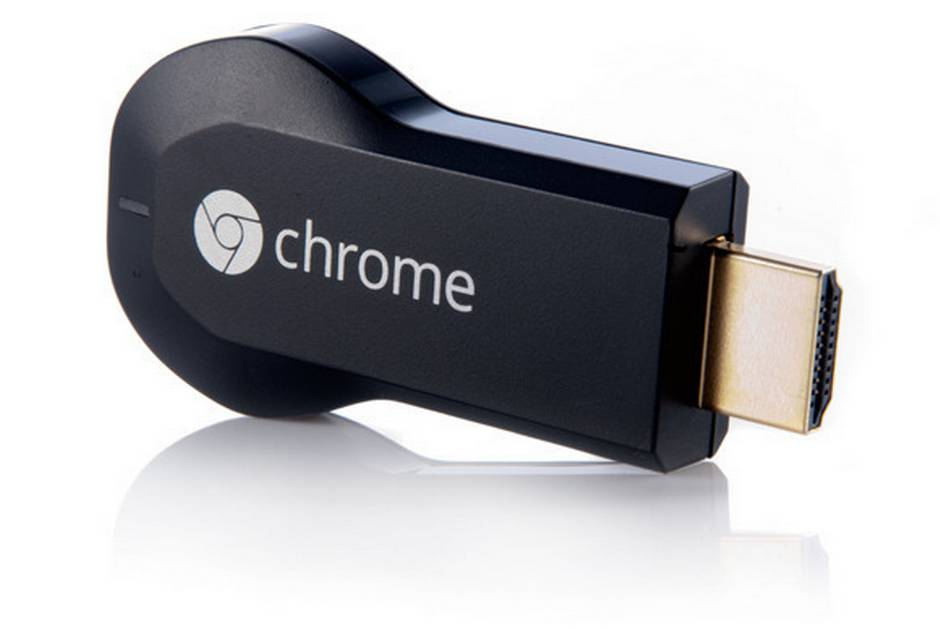 Google’s $40 Chromecast has come a long way since we first took a look at it earlier this year, making it one of the best deals in streaming hardware you can currently buy. If you’re not familiar, it’s just a diminutive HDMI dongle that plugs into an available port on an HDTV and USB power source. Once set up, and connected to your Wi-Fi network, the Chromecast is capable of delivering high-definition video content from an Android phone or tablet, iOS device or via Google’s Chrome browser on a Chrome OS, Windows or Mac PC (so long as they’re connected to the same network as the dongle). Users can choose from a wide number of sources to stream from including Google Play Video, Netflix, Slingbox, Rdio, Google Music, Songza, YouTube, Crackle and Plex and most other content culled online via Google’s Chrome browser.
The great thing about the Chromecast is its low price and portability – its compact enough to take it with you on a trip and cheap enough that if you lose it, it’s not a big deal. The lousy thing about the Chromecast is that, for Canadians at least, the pool of content we can draw from to watch on the device is still pretty limited in comparison to what Americans enjoy. But if you can get past that, or are simply in the market for a way to watch Netflix and your personal video collection on the cheap, it’s an amazing option. 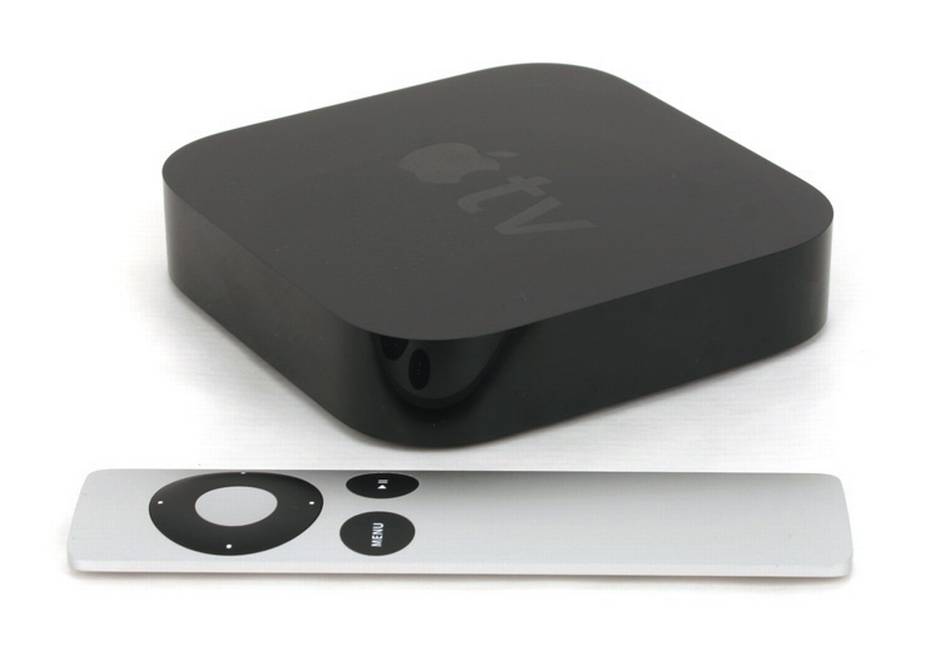 While the Chromecast’s library of video and audio delights might be growing, its not close to what Apple’s Apple TV has going on. While Apple TV’s hardware hasn’t seen a refresh since 2012, thanks to the iTunes Store’s enormous library of rentable and buyable movie, television and musical content, it’s still the best option for most people looking to add a robust streaming device to their existing home theatre setup. Available for $109, the Apple TV is as easy to set up as the Google Chromecast: plug it into an available HDMI port and power source, connect it to your home network via an ethernet or wireless connection, and enter your iTunes account information. Once the device has been set up, you’ll be able to stream purchased or rented content from the Apple iTunes Store or a network connected computer’s iTunes collection. The device also provides access to YouTube content, Flickr, a growing number of premium subscription services such as Netflix and Crackle, and a number of sports-related channels, making it a highly scalable addition to any home entertainment system.
Oh, and if $109 is a little too rich for your blood, Apple often offers factory refurbished AppleTV hardware with a one-year warranty through their website for as little as $85. 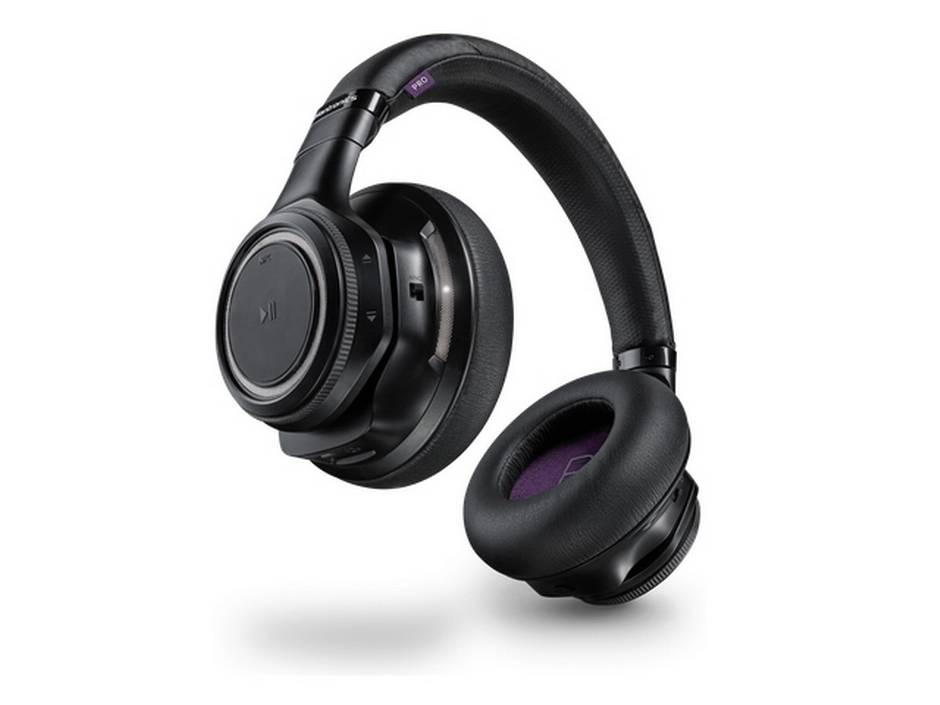 Noise cancelling headphones are a must for anyone intent on doing their own thing in a noise-filled living room – they are the 21st century version of going on a hermitage. There are a lot of excellent headsets out there that come with Active Noise Cancelling (ANC) technology baked in, but few come with the wide variety of features that Plantronics’ $249 Backbeat Pro headphones do.
Featuring a large, cushioned over-the-ear design that’ll allow you to block out your kids – or roommates, or husbands – as they scream along to the Frozen soundtrack for the millionth time, the Backbeat Pro’s ANC can be turned on with the flick of a switch, providing you with silence on demand. In addition to this, the headphones boast built-in controls for volume and track selection that’ll work with iOS, Android and Mac/Windows computers. Plantronics designed the hardware to be used wirelessly with bluetooth or NFC pairing, which allows for a maximum 100-metre wireless range from connected devices, the ability to connect to two devices simultaneously and up to 24 hours of battery life. And if your needs exceed that 24-hour period? No problem: You can jack in via a detachable cable.
In the month and a half that I’ve had the Plantronics Backbeat Pros on hand, I’ve worn them for several hours a day at my desk, commuting on foot or by transit as well as longer distance travelling. I found that even without using the hardware’s built-in ANC technology, I was able to block out most ambient noise while I was on the go. That I’m able to connect it to my iPad for music and my iPhone to take calls, simultaneously, made using them an uncomplicated pleasure. When a call came in, the music from my iPad stopped so I could take a call. Simple. I found it was also nice to have the Backbeat Pro’s audio controls built into the headphones themselves as opposed to inline on connective cables (although the hardware comes with a detachable cable that features inline audio controls,) is a definite plus.
If I have one beef with these things, it’s that they’re freaking huge, even for over-ear headphones. They weigh 340 grams. While I found them comfortable enough, that could be more than what some people might want to carry around on their skull.