On paper, the Sony HMZ-T3W Wearable HDTV sounds amazing: a head mounted HDTV that affords users the experience of viewing a 750-inch high-definition display from 65 feet away.

It also display 2D or 3D video with virtual 7.1 surround sound piped in from HDMI equipped computers, mobile devices, Blu-ray players or gaming consoles. What's more, it'll do it wirelessly! All a user need do in order to enjoy the HMZ-T3W's tiny dual OLED head mounted displays is plug it into a content source, adjust the heasdset's headband and forehead rest, calibrate its OLED displays to line up with your line of site and you're in business.

Not many of us can afford, or have the space for a 62-foot TV, so something that simulates that experience sounds great. Unfortunately, in the case of Sony's HMZ-T3W, what sounds awesome on paper doesn't always translate into a satisfying user experience. So I'm just going to come out and say it: chances are you're not going to like the HMZ-T3W.

Let's start with the wires: there's a lot of them. Sony's quick to tout the fact that the HMZ-T3W is designed to connect to source audio and video through a WirelessHD connection. This would be great, were it not for the fact that in order to power the headset, it must be connected, via a wire, to a bulky battery pack that also contains the WirelessHD hardware. The HMZ-T3W's virtual 7.1 surround makes its way into your skull via wires as well, either through the use of an included set of earbuds, or if you prefer, your own set of earphones. all this cable detracts from the hardware's otherwise clean lines and can easily become a tangled mess between uses.

The weight and dimensions of the hardware are troubling as well. The headset and battery pack weigh 320 grams and 210 grams respectively, and measure 18.9 x 14.8 x 27.0 cm and 8.0 x 2.6 x 11.9 cm. This heft and size make the hardware less than ideal for use with mobile devices like smartphones or tablets, or portable Blu-ray player. The viability of the hardware doesn't get much better when HMZ-T3W is used as part of a home entertainment solution either, ironically due to the fact that the HMZ-T3W so successfully accomplishes its key mission: providing users with an immersive video and audio experience.

As part of my review of the HMZ-T3W, I spent a good amount of time using the headset to frag competitors in online multiplayer PlayStation 3 matches, playing PC games like World of Warcraft, watching Blu-ray movies and devouring HD content on my Apple TV. My take away from the experience was that consuming media or playing a game with the headset on can be insanely awkward. Thanks to the fact that the HMZ-T3W left me with limited peripheral vision, I was afraid to put down my TV remote for fear that I'd have to remove the headset to find it again. I attempted to eat a bowl of popcorn while I watched a movie, but found that I'd scattered food on my lap and all over the couch when I took the headset off at the end of the film. As for playing a computer game, good luck landmarking the keys on your keyboard again if you happen to take your hands off the hardware for even a second. Simply put, to use the HMZ-T3W, one is forced to adjust their viewing habits. This, to me, is unacceptable: a peripheral like this should improve upon one's enjoyment of the content, not detract from it.

That said, no matter how difficult it was to enjoy a movie like a normal human being while wearing it, one thing that the HMZ-T3W has going for it is the quality of the video and sound it's capable of piping into your skull. I noticed no distortion, blurring or interface lag while playing PC games or 2D/3D PlayStation 3 content, and the films I watched looked and sounded great.

Between its steep $1,300 price tag and multiple shortcomings, I can't recommend the Sony HMZ-T3W wearable HDTV to anyone. But Sony's definitely on to something here. In another two or three hardware generations, a head mounted display like the HMZ-T3W could wind up providing a great, portable viewing experience. But right now? So expensive. So awkward. So don't buy it. 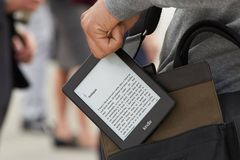 Will 'face computers' and other wearable devices boom, or bust?
April 17, 2013 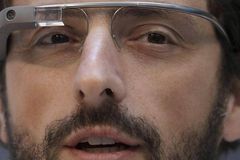