If you look up to the sky in public parks these days, the chance of seeing a consumer drone is becoming more likely with each passing year. Whether it is an entry-level helicopter or a high-end model for the serious hobbyist, remote-controlled devices have something for everyone in all price ranges this holiday.

But remember when choosing a drone, it must be less than 35 kilograms and used for recreational purposes, otherwise you need to get a permit from the government. Transport Canada also recommends it shouldn’t be flown closer than nine kilometres from an airport or higher than 90 metres from the ground.

Here are a few options in various price ranges that should scratch that consumer-drone itch. 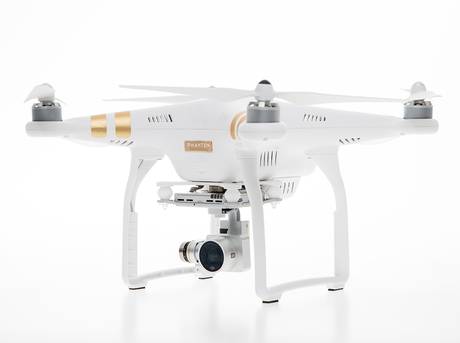 Go big or go home? This high-end consumer drone is new this year from DJI and boasts a 4K high-definition camera, meaning it can shoot video at four times the resolution of the average HD television. Yes, televisions capable of playing that high of resolution are not the norm yet, but it still works just fine on old screens and at least you are future-proofed. (You can also opt for a 1080p or HD version at $200 less.)

As for the drone itself, it is sturdy and feels like it can handle a bit of a beating (though not recommended). It can reach speeds up to almost 60 kilometres an hour and even has a training simulator for your computer if you are not comfortable risking your hard-earned cash as a rookie pilot.

DJI says the new propulsion mechanisms on this model make for a smoother (and easier) flying experience, and it certainly seems that way with more fluid video and movement.

The battery can get about 23 minutes of flying time per charge, which may not seem like a lot but it’s actually fairly impressive considering all that this drone can do.

Drones with cameras are a fast-growing segment of the category and can be especially fun for getting those unique shots, but most people don’t need 4K-quality yet. Parrot has an excellent option for those who just want to capture 1080p HD video.

The Bebop Quadcopter focuses more on control, with a unique two-handed smartphone and tablet dock included in this bundle that puts your smart device of choice in its centre. You can get a first-person view of what the drone sees, shoot video, take 14-megapixel pictures and more. If you don’t want to use the fun controller, you can also download an app to just control it on your phone or tablet. What’s really neat, though, is its onboard computer that lets you create flight plans.

Parrot stresses safety with this unit, saying it is built from lightweight material that makes it strong and suitable for even indoor flying. There is an emergency mode that will quickly stop the drone in its path, plus a home button that will tell it to return to its takeoff location and then hover two metres off the ground.

It has a built-in GPS, sensors for stabilization and can get surprisingly far range thanks to its WiFi antennas. It’s pricey, but you get a lot for your buck and about 22 minutes of flying time for each charge.

Not everyone wants a camera on their drone, but they still want impressive technology to play with. DJI has an older model of the previously mentioned Phantom 3 for sale but without the expensive camera and stabilized camera mount. You can always add them later for a hefty price tag, with the additional GoPro system costing about $400 (without the camera), though many won’t want to.

This Phantom 2 doesn’t have some of the extras of the Phantom 3, such as the bigger battery or better stabilization, but it does have the much lower price tag. It still has a GPS inside, which allows for an autopilot, altitude lock and stable hovering. You can also tell it to return home at the tap of a button, or it will do so automatically if the controller is suddenly disconnected.

The outside casing is similar to its Phantom 3 big brother, feeling sturdy and durable. It also brags about its two kilometres line-of-sight flying range, but as soon as hills and buildings are introduced, you can count on that dropping significantly.

Nonetheless, the Phantom 2 is a great and more affordable option to the Phantom 3 for those who want to be serious about their drone yet don’t care about the camera. 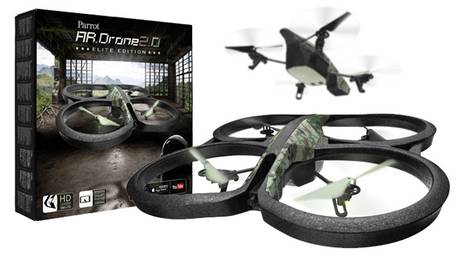 Holiday after holiday season, this particular series has been on display in popular Canadian retail stores. The draw for many years was the camera, which was a novelty when introduced. Though there are certainly more expensive models with cameras now, the Parrot AR.Drone 2.0 is still a decent entry-level model with its latest iteration.

First, the downfalls: The camera isn’t as strong as others, with a resolution of just 720 pixels. The material used on the drone is certainly a lot more fragile than others and wind can be a problem because of its light design. The battery life is also nothing impressive.

However, the Parrot AR.Drone 2.0 still does things right. Controlling the unit has improved over the years and it can even do nifty flip moves with a button on your device’s touch screen. It has an emergency stop function, which is good for those moments when the wind picks up.

It’s simple and fun, and kids will get a kick out of it. With its price similar to a video game console, it may still be best for a hobbyist.

This particular model is a great option for those who want to dabble with drones but don’t know if they want to fully commit yet.

Despite having “night” in its title and (impressively) bright LEDs on its front, remember that Transport Canada still frowns upon flying drones in the dark. You’ve been warned. That said, this little unit is quite easy to handle, with simple touch-screen controls and even an automatic takeoff or landing feature. It has a three-axis accelerometer and other sensors that lead to a fairly stable flight. Its material also feels quite durable and claims to be shock-resistant.

The camera is very, very low resolution and not even close to high-definition, but at least it is something to play with. It flies slowly compared to the high-end units, with a top speed of just 18 kilometres an hour, but that still seems plenty fast for those starting out. The biggest problem with the unit is its battery life, at just nine minutes of flying after a 25-minute charge.

But again, this model is a very affordable entry into the consumer drone category that is perfect for those who just want to experiment.

Who says drones have to fly? Parrot has a “minidrone” that keeps both of its wheels firmly on the ground – at least when it isn’t doing jumps.

When the Jumping Sumo Drone made its debut last summer at a Parrot event, the media kept coming back to it to play with even after giving the new flying models a spin. It simply offers something different in the drone category.

We took it down pseudo-stairs, watched it jump up to 80 centimetres off the ground and were impressed with its rolling abilities. It could take a beating while also having very responsive controls. There is a camera built in, an app for various “acrobatic tricks” and customizable sounds.

Just stay in relatively close range to the minidrone though, as its signal can drop from time to time. 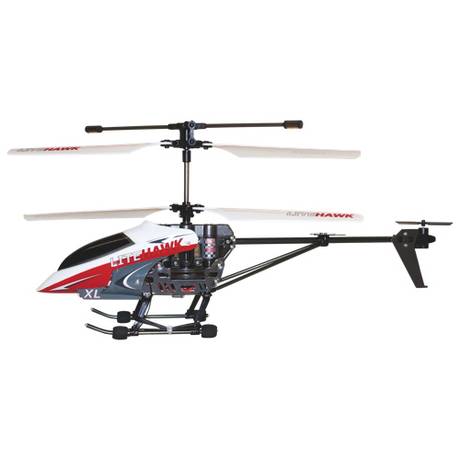 Okay, so it might not technically be a drone, but LiteHawk’s XL RC Helicopter has always been a popular item during the holidays, so it deserves a mention.

It’s cheap and you get what you pay for, but it does fill the remote-control void for many. There are no bells and whistles and it has a range of only about 12 metres, but its simplicity makes it more like a challenge to master without all of those fancy automatic controls.

Plugging it into the wall charges the unit itself, but the handset requires six AA batteries, which is probably the biggest problem with the device. It’s no drone, but it’s a very affordable alternative.