In a medium dominated by violent and gory shoot-'em-ups, the average parent can be understandably mortified when shopping for video games that their kids will enjoy – and not be socially stunted by.

But amid the likes of Call of Duty and Assassins Creed, there are also plenty of inventive and even thought-provoking games aimed at the younger crowd that don't involve a surfeit of blood and guts. From sharp puzzle-solving to quintessential Italian plumbers that hone patience and timing, there's a litany of worry-free games that parents can pick up this holiday season.

Here is our guide to the best kid-friendly home console games of the season, and the year in general. 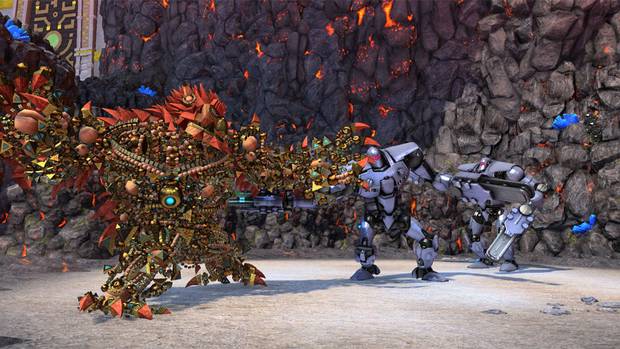 With its cartoonish look and simple bash-’em-up gameplay, Knack is the best kids game on the new PlayStation 4 this holiday launch period. The title character, a golem made up of little stone relics, is made to appeal to kids – he’s cute and funny-looking when he’s small, but tough and powerful when he grows bigger. Knack is simple – he basically smashes everything in sight – but it’s also fairly difficult so it’s best to dial it down to the “easy” setting for kids, at least for their first playthrough. Parents can also join in as “little Knack” to help beat back the waves of colourful bad guys. (Platform: PlayStation 4; Developer: SCE Japan Studio) 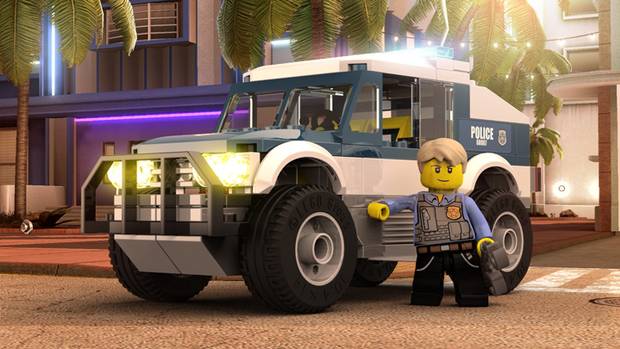 Parents don’t really have to worry about their kids wanting the definitely mature-rated Grand Theft Auto games now that there’s a family friendly alternative (sort of). Lego City Undercover plays with the same premise: players get to cause mayhem in a huge open world, except they do so as Chase McCain, an upstanding police officer, rather than as a criminal thug. The action, meanwhile, is harmless, good-natured and often funny. The game is TT Games’ best Lego release yet; it’s full of jokes, spoofs and puzzles that kids and adults alike will enjoy. (Platform: Wii U; Developer: TT Fusion) 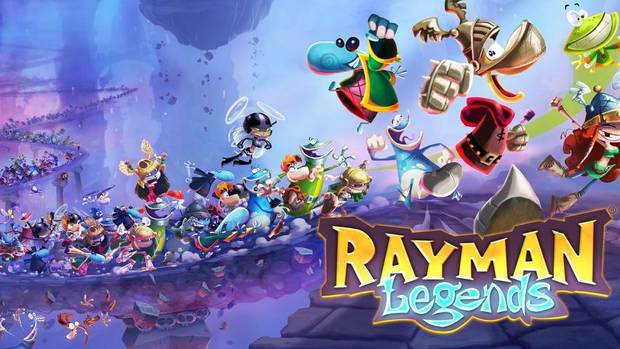 While Nintendo’s Mario is pretty much the mascot of kids’ games, Ubisoft’s Rayman is coming up in the world. Rayman Legends continues a recent string of excellent platforming games in the series that are based on the simple premise of running, jumping and puzzle-solving that Mario ushered in decades ago. Ubisoft’s franchise eschews the bright primary colours of Nintendo’s plumber in favour of almost surrealist levels and backgrounds. Rayman Legends isn’t just a goofy kids’ platforming game, it’s a work of art. (Platform: Xbox 360, PlayStation 3, Wii U, Xbox One, PlayStation 4; Developer: Ubisoft Montpellier) 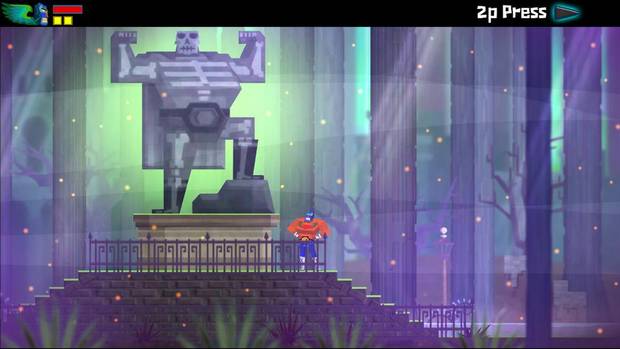 Speaking of platforming, Guacamelee! is another great example. The Mexican-themed 2D adventure from Toronto-based indie Drinkbox Studios fits into the classic “Metrovania” genre, a portmanteau of Metroid and Castlevania, two old-school franchises that require players to find items or abilities that then unlock new sections of previously explored areas. While Guacamelee! and its luchador protagonist Juan are not necessarily aimed at kids, the action is tame and the characters are funny in their wackiness. It’s another game that both kids and adults will like. (Platform: PlayStation 3; Developer: Drinkbox Studios) 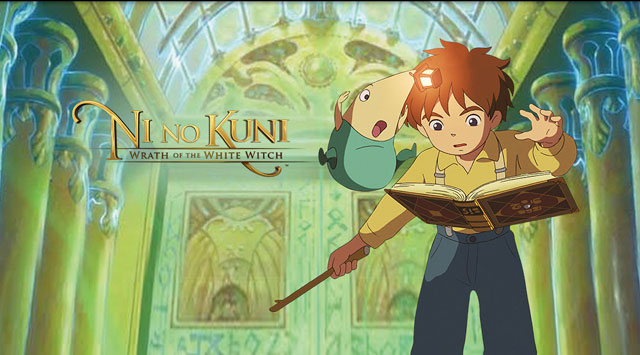 Ni no Kuni: Wrath of the White Witch

This curious role-playing game tells the story of Oliver, a young boy whose mother has passed away. The incident unlocks a doorway to another world (a loose translation of the Japanese title), where he must use his newfound magical powers to restore the hearts of its residents. The cinematics come from Studio Ghibli, the legendary production house responsible for such animated film hits as Princess Mononoke and Spirited Away. The game itself is a classic Japanese RPG, which is a great way to introduce older Western children to the storytelling style of a different culture. (Platform: PlayStation 3; Developer: Level 5, Studio Ghibli) 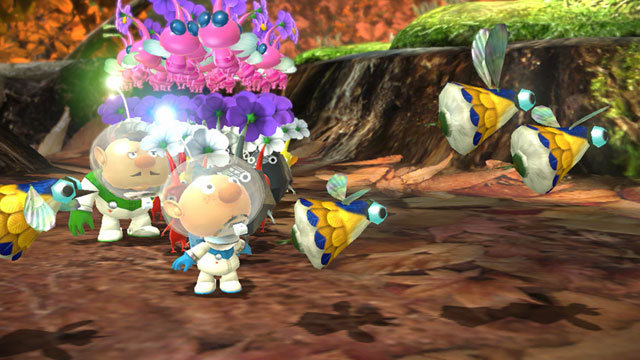 Pikmin 3 is about as cutesy as it gets, with the player put in control of an army of the eponymous plant-like creatures. But it’s also fiendishly ingenious, with clever puzzles littering the game. The Pikmin come in different colours, which means they each have different abilities – the red ones, for example, are impervious to fire. The player must figure out how to use those different abilities while also configuring the Pikmin into everything from bridges to attack swarms. It’s an incredibly colourful and beautiful game to boot and one of the best reasons to own a Wii U. (Platform: Wii U; Developer: Nintendo EAD Group No. 4) 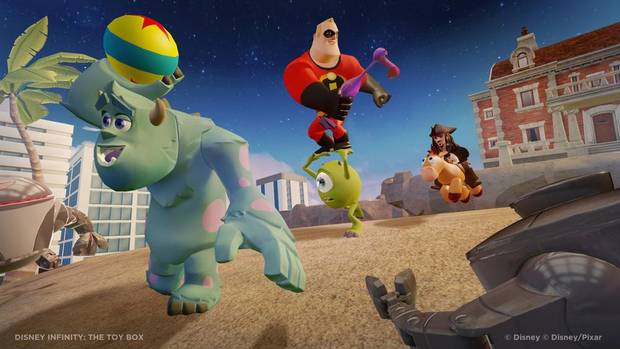 Not one to miss a good opportunity, Disney has wholeheartedly jumped on the toys-meet-games trend with Infinity, a title that zaps plastic figures into the console through some technological wizardry. Kids can thus bring to virtual life their Incredibles, Monsters University and Pirates of the Caribbean toys by placing them on the game’s included Infinity Base. But Disney’s game goes beyond that simple premise in that it includes a “Toy Box,” where players can build their own games in an open-world setting. It’s Skylanders meets LittleBigPlanet, with all the itinerant addiction included. It’s also a great way to subtly teach kids virtual design skills. (Platform: Xbox 360, PlayStation 3, Wii, Wii U; Developer: Avalanche Software) 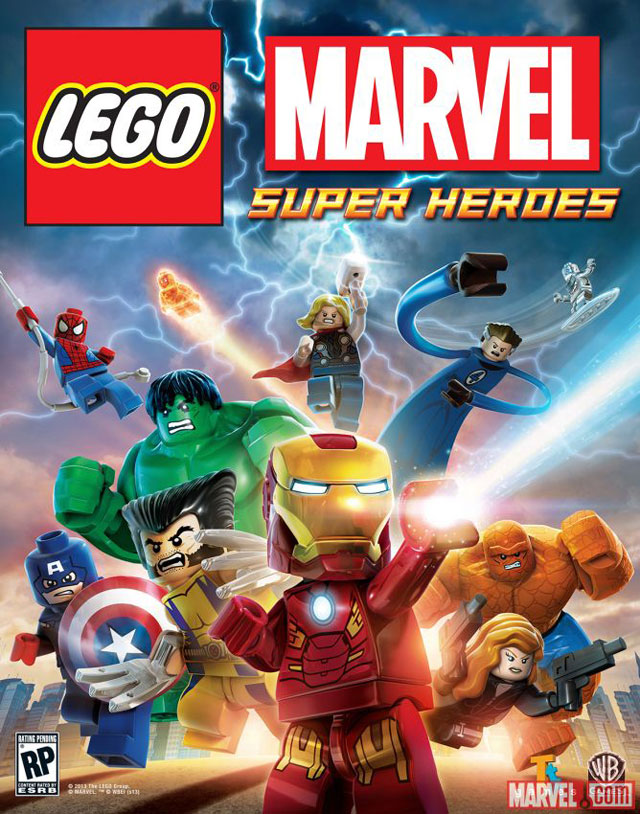 It’s one thing to see your favourite comic book characters come to life on a movie screen, but it’s another thing entirely to actually get to control them. Young fans of Marvel Comics, and the adults who grew up them, will undoubtedly get this rise out of TT Games’ generally solid but occasionally buggy latest release. From Captain America and Spider Man to Magneto and Doctor Doom, Lego Marvel Super Heroes has an absolutely huge roster of comic book characters with which to solve the game’s numerous puzzles. Some of the game humour is a little subtle, like when the Hulk proclaims, “Hulk hates walls! They divide people!” Even his partner Iron Man chuckles at the unexpected burst of philosophy. (Platform: Xbox 360, PlayStation 3, Wii U, Xbox One, PlayStation 4; Developer: TT Games) 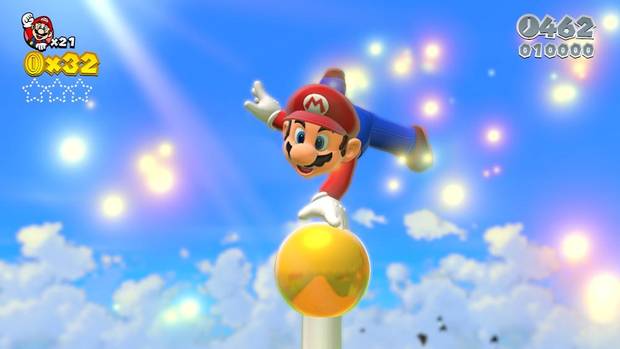 Despite being 28 years old and having appeared in more than 200 games, Nintendo’s plumber mascot Mario shows no signs of slowing down. Super Mario 3D World is, in fact, the company’s most inventive and innovative Mario game in a long time. Set in a gorgeous three-dimensional world, the game brings the series’ trademark platforming to new heights, with Mario adventuring through in a variety of new activities. Whether it’s riding around in a giant ice skate, zooming through crystal pipes or climbing walls in his cat suit, there’s an awful lot of variety here. Kids will love the replayability – not only can they go back and discover hidden areas, they can also play co-operatively with up to three of their friends. (Platform: Wii U; Developer: Nintendo EAD Tokyo) 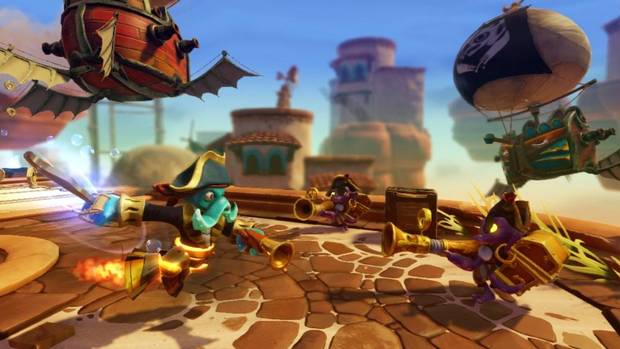 Activision set a phenomenon in motion in 2011 with the first Skylanders: Spyro’s Adventure release, which irrevocably married video games and toys. The game itself was a cartoonish fantasy romp through a magical world set in the clouds, but the real appeal came from the toy models that zapped into it through the “Power Portal” peripheral that attached to consoles. Different sections in the game could only be accessed by certain toys, which sparked a collecting frenzy among kids everywhere. Swap Force is now the third entry in the series and it ingeniously ups that addiction level by introducing toy characters who have two halves – their magnet-connected bottoms and tops can be swapped, hence their name. The game itself is the best-looking one so far, with the extra Swap Force characters’ extra abilities adding to the variety of puzzles and mini-games to be found. Like all trends, the Skylanders phenomenon is likely to eventually subside, but it’s in full force for the time being. (Platform: Xbox 360, PlayStation 3, Wii, Wii U, Xbox One, PlayStation 4; Developer: Vicarious Visions)