In the battle for gaming supremacy, Microsoft has been lagging behind long-time rival Sony since the debut of their latest consoles two years ago. This week, the company that charged into home entertainment hardware with Xbox in 2001 is looking to regain its dominance in the industry with the latest edition of its storied Halo franchise.

"I think that Halo has the DNA to have the global impact that Star Wars does," said Bonnie Ross, head of 343 Industries, the studio responsible for the lucrative franchise, in an interview Friday. "But you have to think in decades."

It won't be an easy feat for Ms. Ross, whose team at 343 has been working on the much-anticipated Halo 5: Guardians, for three years. The increasingly fast pace of change in the technology and entertainment industries has spawned fierce competition for giants such as Microsoft, and gamers hungry for innovative experiences don't hesitate to take their complaints to social media when their expectations aren't met.

"The biggest change is in the overall business model and how consumers are experiencing entertainment," explained Ms. Ross, who sees big opportunity in her belief that "everyone is a gamer." She credits Apple and the iTunes Store for obliterating the stigma previously associated with the lifestyle: "It's not just a small subsection of people in their basements."

The Halo franchise itself is worth $4.6-billion (U.S.), with more than 65 million games sold across 15 titles, and spans a variety of entertainment channels, including comics, novels and toys. While a feature film and a prime-time television series have been scrapped, for now, dramatic radio plays and both animated and live-action video miniseries have helped build the mythology of the Halo universe, which is set 500 years from now and features interplanetary rebellion, aliens and superhuman warriors.

To play the new Halo, which hits shelves on Tuesday and was developed internally and exclusively for Xbox One, fans who don't already have the new console will have to get one. But while Microsoft is not publicly announcing sales of the platform, Phil Spencer, who runs the company's gaming division, admitted earlier this month that Sony has "a huge lead." In July, the Tokyo-based company revealed it had sold 25.3 million PlayStation 4s since the console launched in November, 2013, a week before Xbox One hit shelves.

It's not the first time a Halo game has carried the mantle of the gaming division of the Redmond, Wash.-based company. The very first game was a launch title for Microsoft's first console, Xbox.

When Microsoft decided to enter the field 14 years ago, it challenged the established gaming brands of Nintendo and Sony. Up against Gamecube and PlayStation 2, the odds were stacked against Xbox. But five years later, 24 million units had been sold. Microsoft followed with Xbox 360, the dominant console of its generation with lifetime sales of more than 84 million.

Today, with the explosion of mobile gaming and virtual reality on the horizon, the way people play games and their expectations of them have fundamentally changed. Attendees at the Electronic Entertainment Expo in June got a chance to experience a Halo 5 demo using Microsoft's augmented reality system, HoloLens, which is expected to be released next year.

Halo 5's Warzone mode, for example, allows for 24 players to play with and against each other in a virtual space in what can be described as a multiplayer mayhem extravaganza.

"There's always going to be a place for fantastic, single-player experiences," added Mr. Holmes, who said that Halo 5 can be played alone and enjoyed again with up to three others. Doing so, he said, fundamentally changes the game. "It becomes this social bonding experience between friends adventuring together throughout the course of the story," he said.

This consumer-focused approach is resonating throughout Microsoft, which has itself been transformed by chief executive Satya Nadella .

Designers from 343 were brought in by the Windows development team to help with the design of Cortana, the digital assistant embedded in recent Microsoft operating systems, because, said Ms. Ross, "they liked the way our design thought was so much more than what they were doing."

Ms. Ross said that Mr. Nadella understands that game developers have intimate relationships with their consumers and it's something he is spreading throughout the company. "With gaming, people don't need us. They have to want us," she said. 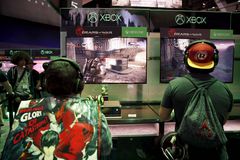 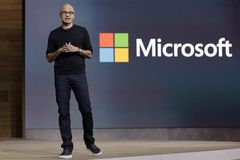