Fifty-four per cent of the Canadian population, split equally on gender lines, play video games, according to the Entertainment Software Association of Canada. But not everyone plays games on the same system. There are portable devices, such as Nintendo’s 3DS, that are made for gamers. But many people who wouldn’t even call themselves gamers play on various smartphones and tablets, including the iPad Pro. Other devices, including the new Apple TV, are getting those casual, mobile games onto televisions. Then there are people who prefer to play games on either computers or their television sets. But that line is blurring, with a host of new technology getting computer games into the living room and console games onto laptops.

Microsoft’s home entertainment system might be two years old, but the Xbox One got a new operating system in November that makes the console almost like new. In addition to being able to stream certain games from the Xbox One to computers on your home network, the update also brings the ability to play more than 100 Xbox 360 games on the Xbox One, and more are being added to the list. With Microsoft’s console required to play Halo 5 and, for now, the new Tomb Raider game, Xbox One is a good play this year.

If you want to play games on the new Apple TV, you can use the remote control. Or you can use a SteelSeries controller that connects to the device using Bluetooth. Bonus: You can also use these to play games on iOS devices including iPad, iPod Touch and iPhone. The Stratus XL ($70) and Nimbus ($65) controllers are designed like the game pads for console gaming, with triggers and buttons and thumbsticks galore. The Stratus XL also comes in a version for Android and Windows operating systems. 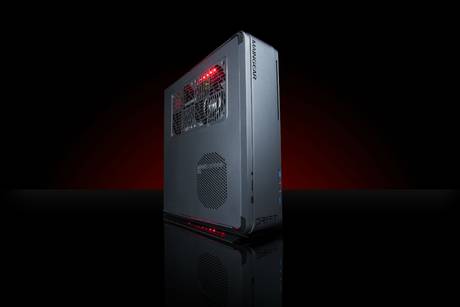 It used to be that if you wanted to play games on a computer, you had to use a computer. Seems logical. But Valve, which operates Steam, a marketplace for computer games, wanted people to play on the big screens in their living rooms, too. So they devised the software and made it available to manufacturers. The first Steam Machines were released in November. These boxes connect to your television just like a traditional game console would, but they play Steam games developed for Linux, Mac and Windows computers. Regardless of manufacturer, each Steam Machine comes with a Steam Controller (more on it below). But aside from the shared operating system, each Steam Machine is different. Most systems, like Alienware’s Steam Machine (starting at $600), can be configured with better hard drives, memory and processors. The ultra-slim, liquid-cooled Maingear Drift (starting at $1,099 U.S.), above, displays video in 4K and can be oriented horizontally or vertically.

The thing about many games made to be played on a Mac or Windows computer is that they are often controlled by a keyboard and mouse. To play those computer games on your television, you need to use a Steam Controller ($60), which was specifically created by Valve to play games that were designed for a mouse and keyboard. It gives up a thumbstick and one of the directional pads that were designed for the entertainment consoles in favour of two little track pad areas instead. This allows for the kind of control that previously was only possible with a mouse attached to a computer. The Steam Link ($60) is for people who want to play their computer games from the comfort of their couch on their big flat-screen TV, but don’t want to buy a machine to do so. Connect it to your home network, wired or wireless, and it will find computers running Steam so you can play the games from those computers on your TV. 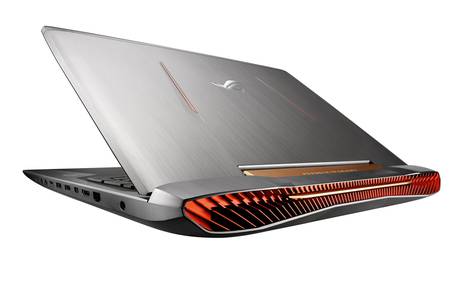 If you’re playing games on a 17.3-inch screen, like the one on the Republic of Gamers G752, you may not be too worried about needing a television. This high-powered machine, with a brushed-metallic chassis and a backlit keyboard, is built with the Intel i7 Skylake processor, and the latest NVIDIA graphics cards. Memory and hard drive space is configurable (the G752 can accommodate up to a whopping 64 gigabytes or GB of RAM). Running Windows 10, the laptop sports a new cooling system with a copper heat pipe and vapour chamber. 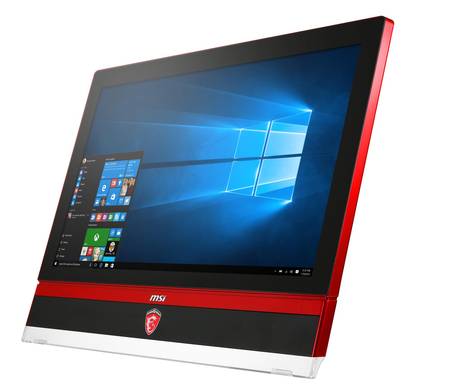 With the 27T, MSI borrows from Apple’s iMac design, integrating a computer with a display. In this case, the Windows 10 computer goes one further by making the 27-inch display, which has a 1920 x 1080 resolution, a touchscreen. Equipped with a Blu-ray drive that is capable of burning discs, the 27T also has two HDMI outputs to add even more screens. The all-in-one machine doesn’t skimp on the components, either. It runs an Intel i7 processor and comes with NVIDIA’s GeForce GTX 980M graphics card, a two terabyte (TB) hard drive, a 256 GB solid-state drive, and 16 GB of memory.

Those who prefer to play games using a mouse and keyboard are particular about their choice of mouse controllers. Razer has just released two new models, the Diamondback ($120) and the Mamba ($190). The former is a redesigned and modernized version of a gaming mouse that Razer introduced in 2004, which was the first with an optical gaming sensor. At the time it had an sensitivity rating of 1,600 dots-per-inch (DPI). The new Diamondback sports rubber side grips, a braided fibre cable, and a sensitivity of 16,000 DPI. The Mamba has the same sensitivity, but boosts performance with the ability to configure the device to fit a personal play style with an adjustable click force. The Mamba can also be used wirelessly, and comes with a charging dock. Both the Diamondback and the Mamba are equipped with Razer’s Chroma lighting feature. 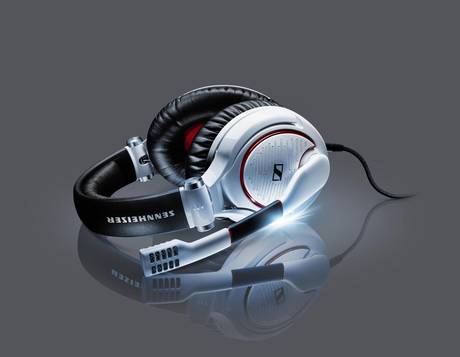 Sennheiser is better known for its professional audio gear, but the company’s Game Zero headset, available in black or white, brings expertise to game audio. Light and comfortable, volume can be adjusted using a simple dial on the right ear cup. The boom microphone on the left is hinged, and automatically mutes when it is raised up. The headphones are equipped with a split 3.5 millimetre cable, one for a speaker plug and one for a microphone port. Adapters can be purchased so it will work with combined 3.5 mm or USB ports, which means the Gamer Zero headphones will also work with a PS4 or Xbox One, too. And they fold flat for easy storage and transporting in the included carrying case.