For the last month Digital Home has been lit up with readers from across Canada who are venting their anger over the ever increasing cost of Internet service and new charges for usage-based billing (commonly called UBB).

Clearly, no one wants to pay more for internet service, but at some point the price of just about everything goes up. So recently I decided to investigate whether the spate of price increases were justified and fair.

I began by contacting two of Canada's major Internet providers -- Bell and Rogers -- and asked them why bandwidth caps and usage-based billing are necessary. A representative from Bell justified the caps by saying: "Flat-rated pricing structures are simply no longer viable given the massive acceleration in Internet traffic and the load it puts on carrier networks."

My research into Internet traffic certainly seems to support the assertion by Bell and other providers. Research papers from the University of Minnesota Internet Traffic Studies and Cisco Systems estimate that monthly Internet traffic in North America has grown by an astounding 40 to 50 per cent per year in the last decade. In a report released last year, Cisco predicted Internet traffic would quadruple between 2009 and 2014, a compound annual growth rate of 34 per cent.

The argument that the exponential growth in Internet usage as the primary reason for higher prices is a seductive one. However, it ignores the fact that the technology that drives the Internet has become more powerful and much cheaper in the past decade.

While Internet traffic grew at a rate of around 50 per cent per year in the last decade, The University of Minnesota and other researchers have found that processing power, hard disk densities and transmission rates grew at rates closer to 60 per cent per year over the same period. In addition, the servers and routers and other electrical equipment that are the backbone of the Internet are much more energy efficient than they were ten years ago, which has dramatically reduced the cost of operations.

In simple terms, the bandwidth explosion is real, but it's been more than offset by more powerful and more energy-efficient machines. So, we can reject the notion that increased usage is the a significant rationale for huge Internet price increases and usage-based billing.

But perhaps there is a simpler reason for trying to justify why UBB and data caps are a more fair than flat-rate pricing?

If you went into a restaurant with a friend and they had an appetizer, main dish and a dessert while you had coffee and a salad, would you want to split the bill? The notion that if you consume more Internet traffic, you should pay more seems like a fair argument. The question then becomes, what is a fair price for those extra gigabytes of data?

To find out what is a fair price, I contacted several industry insiders. They informed me that approximately four years ago, the cost for a certain large Telco to transmit one gigabyte of data was around 12 cents. That's after all of its operational and fixed costs were accounted for. Thanks to improved technology and more powerful machines, that number dropped to around 6 cents two years ago and is about 3 cents per gigabyte today.

Are these valid numbers? After the recent CRTC decision regarding UBB, it was announced that effective March 1st, Bell will be charging Third Party Internet Access (TPIA) providers $4.25 for a 40 GB block of additional data transfer.

So why are Internet service providers charging consumers $1 or more per gigabyte of data used beyond their respective data caps? That's a good question.

Assuming an inflated cost of 10 cents per gigabyte, it means that Bell, Shaw and Rogers are charging consumers between 10 and 50 times what it costs them to deliver data. This on top of their regular monthly Internet pricing! While I agree that heavy users should be prepared to pay more once they have reached their bandwidth caps, a fair price would be much closer to 10 cents per GB than the inflated $1-to-$5-per-gigabyte charge sanctioned by the CRTC.

The vast mark-up granted to cable and telecommunications under UBB by the CRTC demonstrates that the federal regulator has failed to deliver a competitive Internet services business in Canada. Rather than ensuring consumers receive fair Internet pricing, the CRTC seems content to line the pockets of Cable and telecommunications companies by forcing Canadian consumers to pay Internet data rates that have no basis in reality. 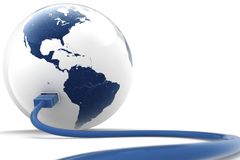 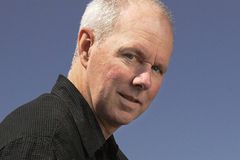 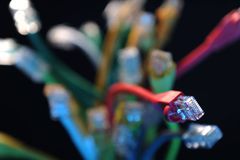 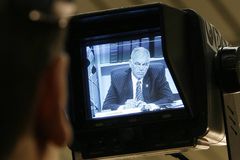