If the world knows one thing about Duke Nukem, a cigar-chomping video game hero who shares Arnold Schwarzenegger's personal stylist, it's that he's not exactly PC.

His games have featured strip clubs, partially naked women, and pornography shops. Duke himself has made vaguely derisive comments about the women he encounters and—depending on who is controlling him—even shoots them on occasion. Not surprisingly, video game watchdogs haven't looked fondly upon this particular video game icon.

The series has been on extended hiatus for the better part of a decade, its original developer, 3D Realms, famously having failed to deliver a long-in-the-making sequel. However, new series steward Gearbox Software is set to deliver Duke Nukem Forever this summer. And, as one might have expected, the game is already generating controversy.

However, the part of the game generating the most headlines has yet to be publicly shown. It's an original multiplayer game type called "Capture the Babe" in which players capture a woman instead of a flag. PC Gamer reports that the new issue of Official Xbox Magazine has a story describing the mode.

"It's pretty much what you'd expect to see from a CTF-style mode," PC Gamer quotes from the OXM article, "with one small touch: the "Babe" will sometimes freak out while you're carrying her (somewhat understandable we'd say) at which point you have to hit a button to gently give her a reassuring slap."

Gearbox CEO Randy Pitchford says of the mode that his team wanted to "get right up to that edge and then relax enough so people don't reject it."

Judging by the response the story has generated, it seems Gearbox has gone over the edge. Comments from men and women, mainstream outlets and dedicated game publications indicate a general sense of disbelief and distaste for Capture the Babe.

I've been waiting to see if the studio would release video to show exactly what players can expect before passing judgement. Perhaps the action has been poorly explained or in some other way misrepresented. But it's been nearly a week since the story broke and no footage has come. And in the absence of any evidence to the contrary, the mode as described can only be dubbed mysogyny.

I don't think something like this will convince younger gamers that treating women in such a barbaric way is acceptable. I suspect that it's simply a misguided attempt at humour, and that only the most troubled of players will have difficulty distinguishing the game's reality from our own.

My problem is that I simply don't want to engage in the kidnapping and spanking of women. I don't find it funny, and I'd question why anyone else would. I've giggled at scenes in movies like Year One in which the male characters talk about clubbing women and dragging them off, but the humour here is derived from the absurdity of the idea of intelligent men considering such an act a viable option. Here, the player portrays the character doing the dragging and clubbing (so to speak). In other words, the joke's on us.

Duke Nukem Forever is currently slated for a June 16th release. Time will tell what the rest of the game is like, and whether there's still an audience for the franchise's dated, questionable humour. 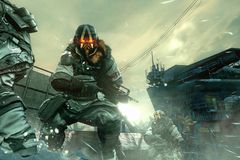 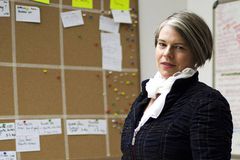