The next year will see some serious hardware shakeups that could result in – or at least set the stage for – a new game industry landscape.

With an anticipated shift to next-generation hardware starting with the launch of Nintendo's Wii U at some point in 2012 and likely a new Xbox and PlayStation in 2013, we're entering a time of propaganda and positioning from the Big Three as they try to map out the future of living room gaming.

The portable space faces upheaval as well. Nintendo will continue building up its 3DS library as Sony brings to market the powerful new PlayStation Vita. The question on portable gamers' minds, though, is whether dedicated mobile game systems can survive the surging popularity of much cheaper games for phones and tablets. 2012 may be the year that delivers an answer.

We'll look at notable releases coming to existing platforms over the next few days as this four-part 2012 preview series unfolds. Today we'll start by looking at some of the games headed to Sony and Nintendo's soon-to-launch systems.

I had several opportunities to play games on a PS Vita in 2011 and I quite liked the experience. A gorgeous screen, dual thumbpads, and neat features like a rear touch panel set this system apart from its primary competitor, the 3DS. And Sony seems intent on making the most of this powerful new hardware via a surprisingly strong line-up of more than 20 launch games.

The beautiful looking Uncharted: Golden Abyss is set to be system's killer app. The first portable entry in an action adventure series that until now has only appeared on PlayStation 3, it truly looks and feels like a living room game shrunk to fit in the palm of your hand – one of the long-sought holy grails of portable gaming.

Sony's handheld will also be home to plenty of brand new properties, including the discombobulating action/adventure game Gravity Rush, which toys with our notion of up and down, and the intriguing music/puzzle/platform game Sound Shapes, designed by Canada's own Jonathan Mak, who made the cult hit PlayStation Network game Everyday Shooter. Next to Golden Abyss, Sound Shapes is the Vita game I look forward to most.

The Vita just launched in Japan, selling a few hundred thousand units its first week. It's set to arrive in North America the final week of February,

Despite its June reveal at E3, we still don't know a lot about Nintendo's Wii U, which would appear to have graphics on-par with or better than the PlayStation 3 and Xbox 360 and features an innovative tablet-style controller that has both a large touch screen as well as traditional gamepad-style controls, which could prove key to helping Nintendo win back the hardcore segment.

Only a handful of Wii U titles have been announced and fewer still have been shown. We can expect ports of a few popular 2011 games for Xbox 360 and PlayStation3, including Batman: Arkham City and Battlefield 3, as well as versions of traditional action games slated to release on other platforms in 2012, such as Darksiders II and Ninja Gaiden III: Razor's Edge.

Ubisoft seems to be the third-party developer Nintendo is relying on most to develop experiences exclusive to Wii U. The French studio has a pair of shooters in the works: The witty-but-gory, sci-fi-themed Killer Freaks from Outer Space and a tactical military FPS in Tom Clancy's Ghost Recon Online. I saw both at E3, and they promise to make interesting use of the controller's touch screen, especially in multiplayer scenarios where players will be provided alternate views of the battlefield.

As for first-party games, Nintendo mentioned at E3 that Wii U would benefit from a new Pikmin title (this wonderfully original botanical strategy series was criminally under-exploited during the Wii's tenure), as well as a fresh Super Smash Bros. release. No word yet on the possibility of system-selling Mario, Zelda, or Sports title at launch.

The Wii U lineup may seem frail at the moment, but it's a safe bet Nintendo will shed more light on the system's launch library in the next few months or at E3 in Los Angeles in June.

Nintendo has committed to get the Wii U on shelves sometime in 2012, but has provided no firm release. Given the company's history of holiday hardware launches, I suspect it will arrive in November.

Coming up next in our 2012 gaming preview package: Platform exclusives for Xbox 360, PlayStation 3, Wii, 3DS, PC and Mac. Later this week: 25 upcoming multiplatform monsters and a look at next year's indie scene. 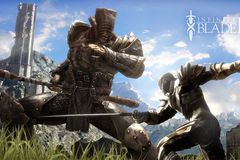 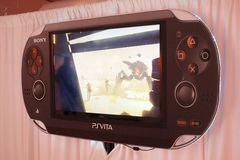 Hands on with the Wii U: Nintendo goes hardcore
June 9, 2011 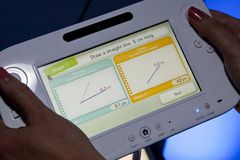 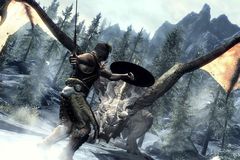 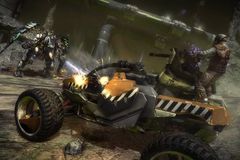 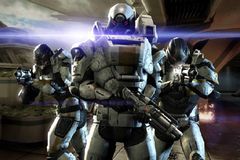 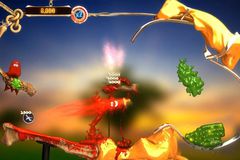