As expected, the event focused on the soon-to-launch Wii U home console. However, it failed to provide many of the key details – including regional release dates, pricing, and confirmation of launch window software – for which the public, press, and industry had been clamouring. I left wondering whether Nintendo is really ready give birth to its next baby.

My worries were alleviated slightly when I arrived at Nintendo's E3 booth later in the day. Here I had a chance to spend a bit of time playing games like Pikmin 3, New Super Mario Bros. U, and NintendoLand. If people truly do buy game systems to play fun games, then there's reason for them to be interested in Wii U.

Pikmin 3 feels just like its predecessors, with players directing an army of cute plant people to battle enemy creatures and collect items for Captain Olimar. In my demo the Wii U Gamepad displayed a map of the local area, giving players an enhanced perspective of the current level and allowing them to form more efficient strategies.

Then there was New Super Mario Bros. U, a system-seller if ever there was one. The few levels I tried delivered classic and satisfying 2-D platforming action for a single player. However, add a second player and he or she can help out by making platforms appear in mid-air on command, potentially saving Mario from death-by-abyss. Features designed to take advantage of the Wii U's social networking capabilities are built into the game as well, but they weren't shown in my demo.

NintendoLand, meanwhile, looks like it will fill the role Wii Sports played for the Wii by acting as a Wii U primer. It's composed of activities and mini-games meant to help acquaint players with the system's and controller's features. That's a good thing, since the Wii U's innovations aren't quite as straightforward as those of Nintendo's previous console.

For example, the NintendoLand mini-game I tried – a riff on Luigi's Mansion – showed off the Wii U's capacity for asymmetric play. I played a ghost trying to evade detection, and my opponents were Mario characters with flashlights. I wielded the Gamepad and was able to see where my foes were on my screen. My opponents, meanwhile, were using Wii Remotes and looking at the TV, where they could only see what their flashlights revealed. One game, but two very different experiences.

No word on whether NintendoLand will come bundled with the Wii U, as was the case with Wii Sports, but including it would go a long way toward bumping up the console's initial value and appeal.

Clearly, Nintendo is throwing its not-insignificant game development might at its new system. Worryingly, the same can't be said for most third-party studios, who seem to be playing it cautious with the Wii U.

Based on what was shown at Nintendo's press event, outside developers and publishers are basically offering ports of games coming to or already available on other systems – such as Batman Arkham City, Mass Effect 3, and Darksiders II – and adding a few Wii U-specific enhancements. Nintendo will need much stronger developer support if it wants to make the Wii U come off as anything more than a platform for Mario and Zelda games.

Ubisoft seems to be the one developer/publisher giving Wii U everything it's got, much as it did with the Wii and the 3DS. In addition to ports of major multiplatform games like Assassin's Creed III and Just Dance 4, it's working on several Wii U exclusives, most notably Zombi U, an undead apocalypse game that uses the Wii U Gamepad in all sorts of clever ways, including as a sniper scope and a scanner.

TT Fusion's Lego City: Undercover, meanwhile, may help sell a few systems to the younger crowd. Unlike most other Lego games, this one appears to have voice acting, an original narrative, and a big sandbox-style world (filled with familiar Lego model sets) to explore.

Still, the system's launch is just months away, and we don't know its price, what will be included, or which games will be available to early adopters. I remember experiencing a similar sense of dread leading up to the Wii launch (due to the then-unknown entity that was motion control), and things turned out pretty well for Nintendo back then. Here's hoping my current misgivings prove equally misplaced.

On the agenda for E3 Day Two

Wednesday is all about games. I'll zoom from one pavilion to the next for a series of booked tours with Electronic Arts, Activision, Capcom, Square Enix, and plenty of other game makers.

Microsoft was good enough to book me in for an hour behind closed doors with Halo 4, so I suspect I'll have some strong impressions to share regarding the Xbox 360's big hope this fall.

I'll also participate in a roundtable with Warren Spector focusing on Disney Epic Mickey 2, sequel to a game that had great potential but ultimately proved disappointing due to an unpolished interface and a wacky camera. I plan to grill the game industry legend on what he's doing to fix both in the sequel.

Then it'll be time for my 30-minute sit-down with Reggie Fils-Aime. I've loads of questions for Nintendo's head of U.S. operations, but I'd love to squeak in a few reader questions, too. If you have any, feel free to send them to me via Twitter at @chadsapieha. 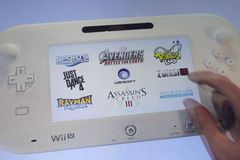 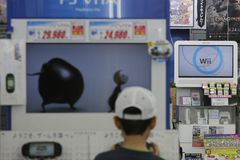 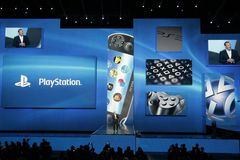