Chances are good you've already played something very much like Destiny, the upcoming science-fiction shooter from Activision that will also likely be the biggest game of 2014. Have you ever played a little game called Halo?

The similarities are overwhelming when you play through the early access alpha version, which was made available to journalists this past weekend and is being released to all gamers for a few days starting Thursday. A deeper beta version will be available starting July 17, the final game will be released for consoles on Sept. 9.

Some of Destiny 's weapons look and behave like those found in Halo; from the slightly moist firing sound of the plasma rifles to the guns that shoot Needler-like homing shards. Alien bad guys hop to the side just like the Master Chief's old enemies, characters get hang time when they jump and even grenades have the same distinctive bounce.

There's no getting around it: Destiny's core gameplay feels a lot like Halo.

That should come as no surprise, since developer Bungie not only created Microsoft's flagship series, but also spent nine years working on five instalments for it. Activision's new tentpole franchise represents the studio's first big post-Halo effort, so the similarities can either be looked as old habits dying hard or developers sticking with what works.

Destiny isn't just a Halo clone, though – it also borrows from the Borderlands series by incorporating such role-playing elements as different character races and classes. Players can opt to play a warrior-like Titan, a stealthy Hunter or a magic-using Warlock, with separate upgradeable weapons and armour available for each.

Save up enough credits and you can also buy new vehicles, from simple speeder bikes to tank-like trucks and even spaceships. Weapons and other upgrades are also found scattered around the environments of Destiny's open-world environments, while armour and other goodies can be purchased in a central hub world.

Destiny's fiction also isn't terribly original, with a distant future setting where humanity has been all but wiped out. Survivors are defended by a few gifted individuals known as Guardians, whose mission is to repel hostile aliens so that repopulation and rebuilding can continue. Again, it's standard post-apocalyptic fare.

While it doesn't look like Destiny has a ton of new original ideas at this point, there's no denying that it's shaping up to be a whole lot of fun, just like the games it shares a pedigree with.

The alpha preview showed off three different game modes, with the main story mode requiring the player to find and defeat a powerful space wizard inside some derelict ruins. Aside from the big open world, what's notable is how other players can seamlessly pop into and out of your game.

My instinct was to open fire on these interlopers, but I quickly realized that they're there to help. Rather than attacking, you can run up to other players and curtsy to indicate you're friendly. From there, you can team up to take on the bad guys or go your own ways.

The second mode is a sort of mosh pit of match types that continually flings new objectives at participants: wipe out a wave of enemies, collect a certain number of power rods or defeat a powerful boss. The most enjoyable of these was having to take down a giant four-legged walking tank, which took the collective work of about eight of us.

Lastly, there's the Crucible, or the competitive multiplayer arena, where I played numerous rounds of capture-and-hold domination. It's fun and works smoothly, but it's otherwise pretty standard stuff for a first-person shooter. With luck, Bungie developers are working on some intriguing new game modes that will spice up the tried-and-true formula.

So far, it doesn't look like Destiny is fated to win any originality awards, but that's okay. As long as the final product delivers the same compelling large-scale co-operative and competitive action found in the early release, it's bound to appeal to shooter fans who want something even just a little bit new. 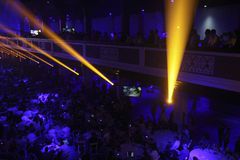 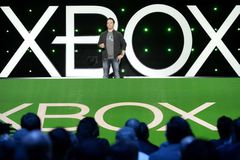 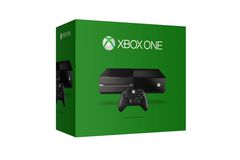 Enjoy the awesome-pocalypse with 'Sunset Overdrive'
May 12, 2018