With James Bond celebrating his 50th anniversary in cinema this year, there are going to be many loving homages written in the run-up to his latest film, Skyfall, which hits theatres in November.

Ian Fleming's character has both reflected and influenced the social, political and cultural values of the passing decades. The movies are telling snapshots of everything from gender roles, fashions, Cold War tensions and even race relations. James Bond isn't just a super spy in a nice tux, he's a veritable human mirror, a fictional creation and enduring pop icon worthy of the inevitable tributes.

Sadly, the latest Bond video game, 007 Legends, is not such a high-minded or fitting tribute.

"Legends?" Many fans consider almost all of the films represented here as among the worst of the franchise. You might more honestly title this game Forgettable 007.

The game is experienced as series of flashbacks after Bond plummets into a river from a speeding train (see the movie trailer for how that happens). But the transitions between the classic movie sequences are non-existent. When the first Goldfinger missions are over, for example, we return to Bond's watery haze for just a moment, then we're off to the Swiss Alps for On Her Majesty's Secret Service without any summary or set-up. Rinse and repeat for the other three parts.

The missions abruptly throw players into the middle of their respective movies with little context. If you haven't seen them – and with the films covered, that's an easy feat – you won't know what's going on and probably care even less. It is hard, after all, to get emotionally invested in defeating Franz Sanchez and Gustav Graves, the respective villains of License to Kill and Die Another Day, without the benefit of a proper build-up.

And rather than faithful re-enactments of the films, some of which were made in the sixties, the segments are reimagined for modern times – Bond uses his smartphone throughout – with Daniel Craig doing the voice acting honours in each case. He generally does a good job, as does Judi Dench as M in the few lines she has.

Worst of all is the ending [can you have a spoiler alert based on a 30-year-old movie? If so BOND PLOT SPOILER ALERT]. With a sixth mission based on Skyfall coming as a free download in November to coincide with the new movie, 007 Legends abrubtly ends after Moonraker's main bad guy is defeated. The space station starts to break up, at which point you get ready to make a thrilling escape … but then the credits roll.

It's nice that there's more content coming, but until it arrives this game literally has no ending.

A lazy narrative's can sometimes be ignored if there is great gameplay and presentation. That's not about to happen here. Few of Bond's other trademark aspects – gambling at the casino or seducing beautiful women – are explored. There are a few sequences that put the player into different non-shooting situations, such as skiing down a mountain or driving a car and avoiding satellite laser strikes, but these suffer either from poor controls or repetition and brevity.

While players have the option to be sneaky and use Bond's smartphone to discover hidden dossiers on characters and organizations, there's little incentive to do either. On medium difficulty, the game is a breeze to finish in about six hours simply by running and gunning your way through. The alternative of sneaking around and taking out enemies quietly provides no tangible reward, other than boosting your end-of-level score.

Rounding out the overall poorness are boring and repetitive fist fights with main villains that usually punctuate the chapters. In these, the player participates in dull and predictable quick-time events to land blows on the bad guy's ribs or face. From there, the game shifts to a cut scene where you watch Bond finish off said villain – like, say, electrocuting the bowler-hat-throwing Odd Job – which prompts you to wonder, "Why can't I do that myself?"

The clear Call of Duty influence does pay off in multiplayer mode, which is available either online or split screen. The action moves just as quickly and smoothly and features several unique modes – "Legends," for example, lets you play with various Bond characters, each of whom has their own special abilities, while "Golden Gun" equips players with pistols that kill opponents with one bullet. That said, if it's a Call of Duty-like multiplayer experience you're after, nothing beats the real thing – and there's a new Call of Duty game coming out in a few weeks.

If this were a generic first-person shooter, 007 Legends would be serviceable enough. But as far as homages go, Bond deserves so much better. 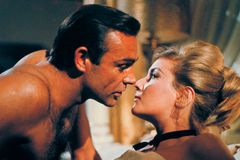 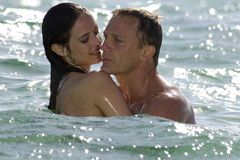 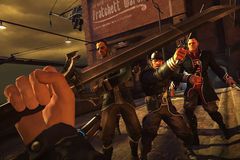 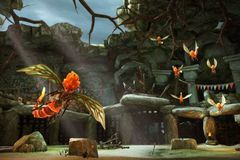 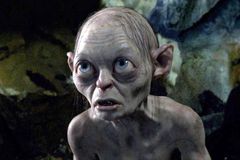