The question with any new Super Mario Bros. game isn't so much as to whether it's fun – after 27 years of releases, we can trust Nintendo enough to make it fun – but how different it is from previous efforts.

That's the dilemma at the heart of New Super Mario Bros. U, the first flagship title for Nintendo's next-generation console, the Wii U. For the most part, the answer is "not that much": it's essentially the same Mario game we've been playing for decades.

Not that there's anything wrong with that.

The core of the experience is likely familiar to anyone who has been near a video game, ever. The diminutive Italian plumber must run and jump through a series of colourful side-scrolling environments, bopping turtles and mushroom creatures on his way to rescuing Princess Peach, who has inevitably been kidnapped by the evil super turtle monster, Bowser.

Actually, scratch that – this time around, Bowser has taken over Peach's own castle, kicking Mario out and across the land in the process. Rather than journeying into the villain's own lair, our hero must now venture back to his own neck of the woods instead.

That's perhaps the best example of the many minor and cosmetic changes present in this latest Mario outing. The game offers up the same formula of power-ups – fireball flowers, flying squirrel suits and the like – boss battles and hidden areas as virtually every preceding entry. They're just done in a different order and in different combinations, with a high degree of polish that makes this the satisfying platform experience we've come to expect.

There are a few big differences, though. The first is in the graphics – with the Wii U's high-definition capabilities, this is by far the best-looking Mario yet. The sun in the desert sky shimmers a little brighter while the snow in the ice lands is a little crisper. Mario's own fireballs bounce with a fiery glow not seen before.

Up to four players can jump on screen at the same time, with each using classic Wii controllers. The resultant chaos of players simultaneously competing for coins and power-ups and co-operating to get to hard-to-reach areas can be manic, hilarious fun.

Things get even crazier when a fifth player gets involved through what Nintendo calls "asymmetrical gameplay." This player can add blocks for the other players to jump on by tapping on the GamePad touch screen, thereby helping or hindering their progress.

While the GamePad wielder is not directly involved in the action, it can be just as fun to know you have the god-like power to save other players from falling to their deaths, or the malevolent force that knocks them off the ledge. Of course, it's probably more prudent to co-operate with fellow players, given that they're in the same room as you.

This function works well with just two players as well. Rather than being a manic free-for-all where the GamePad wielder must keep track of three or four other players, in a smaller game he or she can focus on helping out the singular Mario.

With the right co-operation, a two-person team can accomplish great things.

New Super Mario Bros. U also features a few additional tweaks, such as a large, scrollable world map. Green pipes are littered throughout, allowing Mario to fast travel to previous sections. There's also the Challenge Mode, where Mario must accomplish tasks like zipping through a level on a certain time limit, and Boost Rush, where gathering coins accelerates the board's scrolling speed.

These are nice additions that add to the satisfying whole, but none of them are particularly ground-breaking.

The game also supports full play on the GamePad, so you don't have to tie up the TV if someone else wants to watch something. While the controller's screen isn't as good to play on as a full HDTV, it still boasts great graphics, not to mention a headphone jack so that you can play in total solitude.

New Super Mario Bros. U boasts a few new innovations, but ultimately this is the same Mario we've seen many times before. It's still a lot of fun, but it may not nudge a wavering gamer to rush out and buy the new console. 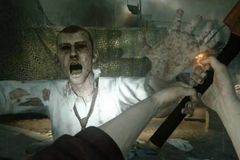 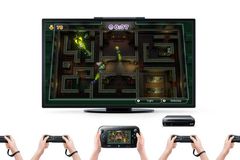 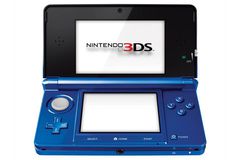