In a fictional African town where the parasite-infected locals are turning into grotesque semi-human spirits, American counterterrorism agent Chris Redfield is ready to do battle against evil arms merchants and biological weaponry. Thank goodness he has his talented African colleague Sheva Alomar to fully participate in this adventure.

Or does he? When Toronto game designer and researcher Kate Raynes-Goldie recently tried playing Resident Evil 5 with a male friend, she was outraged to discover that while Chris could buy and sell weapons and medicine, the scantily clad Sheva could not – she had to use Chris as a middleman. Raynes-Goldie was also annoyed at how the game voyeuristically panned to Sheva's breasts in video sequences.

Finally, she gave up playing in disgust. Resident Evil 5 may have sold 5.8 million units worldwide, but sexism seems to be encoded in its DNA.

"It is alienating for me if I am constantly forced to be a male character or confront objectified women," says Raynes-Goldie. An avid gamer since childhood, she has long criticized the sexism of the industry. At age 11, she wrote a letter to Nintendo asking why the company showed only boys in its ads.

Twenty years later, Raynes-Goldie is busy designing games herself. And like many other women who either create games or play them, she believes the Resident Evils are out of touch with where the industry is headed. As gaming spreads to mobile devices and Facebook, it's no longer the sole preserve of adolescent boys huddled over Xboxes. For game designers, the female player beckons, representing an interesting new audience and a lucrative new market.

Figures compiled by the Entertainment Software Association of Canada show that 59 per cent of Canadians play video games – and that 38 per cent of those players are women. Some love the complex role-playing fantasy games and "first-person shooters" played for long hours on consoles. But the majority prefer what are called "casual games": puzzles, card games and word games that can be played on handheld devices – little moments of diversion they slip into their day.

"They keep me sharp, they keep my reflexes up, and it calms me. It replaces worry with fun," says Angela Sheppard, a retired school teacher in Caledon, Ont., who plays puzzle games on a handheld Nintendo DS.

"The culture of gaming is shifting, so it doesn't feel like such a male pastime," says Leigh Alexander, a video-game critic and blogger based in New York. "Gaming was originally marketed to young men; a culture developed that it was for geek boys. Women see this from afar, and see it's not for them … but the industry is growing up and is self-aware enough, it no longer wants this to be seen as just a boy's toy."

Call of Duty: Black Ops, the latest instalment in the highly violent wartime saga, was the best-selling video game in Canada last year. Game packaging continues to flaunt virile men and buxom women. And video-game conferences are still decorated by scantily clad "booth babe" models. However, small, independent game designers see burgeoning female interest as a huge opportunity to think differently about content – and tap a software-and-accessories market that in 2010 was worth $1.7-billion in Canada alone.

"It was noble but it was also opportunistic," says Vancouver game producer Kirsten Forbes, about her move to co-found Silicon Sisters Interactive, a female-centric game company. "Because the technology shifted (you were able to download big digital files) and the platforms shifted (people were on their PCs and mobile devices), so the demographics shifted."

Forbes is looking for ways to hook women on games by evaluating their particular talents, tastes and schedules.

She speculates that women enjoy Facebook games such CastleVille and FarmVille – in which players grow crops or make bread, and return occasionally to nurture the game – because they are both very familiar with domestic tasks left to percolate while they are off doing other things and because the games fit into that kind of schedule. Adult women may not have three hours to devote to a console game on a Saturday afternoon, but they can check their virtual crops while the real laundry is on the spin cycle.

Forbes also says that while men are supposed to be better at targeting a moving object in a clear space, women excel at picking out a stationary object in a cluttered environment. "Girls," she claims, "always outperform at Where's Waldo?"

Forbes's best guess at what might addict women to games? The social element. Silicon Sisters' first game is School 26, for mobile devices and PCs, in which teens or tweens can play a new girl who must make friends and interpret classmates' personalities and needs. The company is now working on EverLove, which will offer the escapist experience of romance fiction in an interactive environment, online or on mobile devices.

The idea is that video games that rely on such traditional female social skills as negotiation, persuasion and even manipulation, and offer the ability to trade secrets, nurture relationships or accumulate glamorous stuff might appeal more to many women than ones that are all about competition and victory.

Some gamers, however, are loathe to see their tastes categorized by gender. "I know just as many girls who play first-person shooters as guys," says Edmonton game enthusiast Brittney Le Blanc. "Some girls play gruesome games; some girls play horror games. When you gear games toward girls, you get Princess Peaches Super Cooking Kitchen Game."

Women throughout the industry say that more gender balance on design teams would both rid games of gross sexism and produce more diverse content: Rough estimates suggest that only 10 per cent of people who work at video-game companies are women. Many applaud the emergence of Silicon Sisters – but the company's quest for quintessentially "female" game experiences does make them queasy.

"It's biological determinism and it's dangerous territory," says Sara Grimes, a professor in the faculty of information at the University of Toronto, who studies the relationship children have with digital culture. "It ignores all the girls who have been playing games for years."

Some experts are skeptical those girls do actually display different skills in their game play: Nick Taylor, a researcher in the faculty of education at York University, thinks much of boys' reputation for superior joystick handling is cultural rather than innate. He has organized classroom clubs in which he compares groups of boys and girls and found that the girls developed the same skills as their male counterparts when given the opportunity. His conclusion: "Boy" was just a code word for expert, and "girl" for novice.

"When we make games for girls, we are saying all these other games are not for you," he says. "We ghettoize them."

Why does that matter? Because alongside TV and movies, video games are the most widespread source of stories in our culture. Those in the industry make a critical distinction between the casual puzzle games of the iPhone or the PC ("Those are not deep storytelling experiences," says blogger Alexander, dismissively) and the console games full of adventures, fantasies and role-playing.

Resident Evil notwithstanding, in many of those narrative games you can now choose to play as a female character and be pretty certain your abilities with be the same as a male character's and your protective armour will cover the same amount of your body. Female designers, however, want to go much further than cleaning up the traditional adventure narratives. They see huge potential to create unconventional stories that will appeal to both genders and all kinds of people, reinventing the video game along the way.

They point to developments such as Flower – a non-competitive PlayStation game, in which players blow flower petals through the air to create visual effects – as signs the industry is finally headed toward a diverse and culturally mature future.

"There is a dearth of anything that is not adventuring and blowing up," says Toronto game designer Emilie McGinley. "Games can be a strong vehicle for something beyond the adrenalin rush of winning. I have played games that made me cry, that made me think long after I had put the console down. People demand that of movies. Why not of games?" 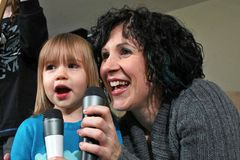 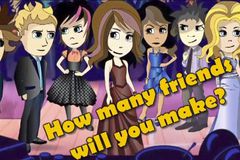 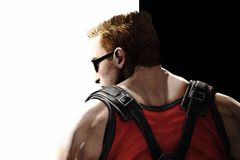