When Kiki Wolfkill put out word that she was hiring people to work on the next video game in the Halo franchise, the executive producer was flooded with resumes. "Recruiting for something like this isn't the hardest thing in the world," she said.

After all, the Halo series has generated nearly $3-billion (U.S.) in sales since the first game helped Microsoft launch the original Xbox entertainment console in 2001. More than 46 million Halo games have been sold worldwide. Everyone wants to work on a successful product like that.

In an interview Ms. Wolfkill added that swimming through the flood to find the unique talent to work on Halo 4 was not so easy. "What you are looking for are really amazing creative talent," she said, "that need to create something out of an intellectual property that already exists"

That's because Halo 4, releasing on Nov. 6 for the Xbox 360, is the first game in the core, first-person shooter series to be developed by a team other than the Bungie Studios group who originated it. And it's the first game to be fully created by 343 Industries, the division of Microsoft formed with Ms. Wolfkill and others to shepherd the Halo franchise.

"It was a risky thing to join the team," admitted Ms. Wolfkill. "The people who came on were incredibly committed and passionate." Those who created Halo 4 came from across the entertainment industries. Between them they've won 29 Academy Awards and two Grammys. "These people could have gone anywhere with their experience and they chose to do this."

Ms. Wolfkill has been working in the video game industry for nearly 18 years. She thinks that one of the reasons people wanted to join 343 Industries is because they understood there was a respect for the diversity of opinion. "The studio was built on a culture of collaboration ... and the notion that anyone can have great creative ideas whether you're a game designer or an engineer or a tester," she said.

Having a range of creative input was necessary, she says, because 343 didn't want to "stamp out another Halo game in the mod that has always been done before. It was always about being able to create something that, while very much Halo, was fresh and different."

And that meant taking a hard look at what makes the series so successful. "The think that is unique about Halo in the game space is it is this very grand scale, epic, sci-fi world and story," said Ms. Wolfkill. "But it also, at its core, has some very human themes to it."

As studio head Bonnie Ross says, the Halo universe is also deep enough that many stories can be told about it. "We have multiple doors in which you can enter," she said.

And its why, despite Halo 4 being rated for mature audiences, something like the Forward Unto Dawn web series is rated for viewers over 14 years old. "Our universe is not an 'M' universe," said Ms. Ross. "But our first-person shooter is. And we're pretty deliberate about that."

The line of shooter games feature a genetically and technologically modified soldier known as Master Chief. He's accompanied by Cortana, an artificial intelligence. In the first game in the series, 2001's Halo: Combat Evolved, Cortana existed primarily as a guide for the player, to keep them progressing through the story in the event they got lost, or distracted. Since then, Cortana has become central to the stories being told in the Halo games. She's not just a guide anymore. She's Chief's advisor and companion.

Ms. Wolfkill says that Cortana is an interesting twist because although she's only a piece of software, she's one of the most human characters in the game. The story of Halo 4, she added, begins to explore the personal dynamic between Chief and Cortana. "In some ways she reflects the more human side of Chief," said Wolfkill. "And in her needing to deal with what is a very human condition, which is mortality, I think it brings some things out in him that maybe you haven't seen in the games before."

Juxtaposing the personal story of Chief and Cortana with the "powerful and visceral" science fiction adventure is one thing that sets Halo 4 apart from earlier games. "It's hard when you have a number as high as '4' after the name of your game," Ms. Wolfkill confessed. The goal, she said, was to satisfy existing Halo fans as well as creating some new ones.

"We look at Halo 4 and the next set of games as more broad than just the games," said Ms. Wolfkill. "I think it's about reinventing entertainment. And reinventing what it is to experience story and game play and what those experiences can feel like." 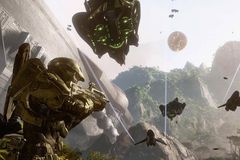 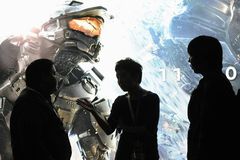 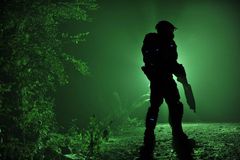 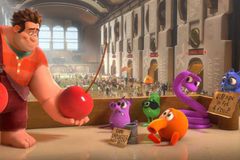 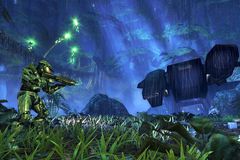