Call him the Martin Scorsese of the video-game world.

Warren Spector is a charismatic designer responsible for some of gaming's defining works (for example, the original Deus Ex), but he's also passionate about preserving the medium he's helped shape. The challenge is that thanks to the rapid evolution of electronics, it can be difficult to play games made as recently as five years ago – much less those from the gaming's genesis.

"I can't play System Shock," says Spector, referring to an action-adventure game he made in 1994, "because I no longer have a computer with a 5¼-inch floppy drive."

Older games are deeply dependent on defunct media and hardware. For example, to play a Vectrex game you need a game console that's now practically as rare as a first edition of Huckleberry Finn.

Some games have survived care of emulators – software that simulates old hardware. But this is a half-measure. Not only do such systems risk infringing on copyright, they're incapable of replicating ever more complicated game technologies, such as motion and camera controls.

"That means game archivists need to collect hardware, too," says Spector. "But, eventually, all the hardware will stop working. Then emulators will be the only way to go."

He's also keen to avoid the mistakes of other modern media, which failed to document the nuts and bolts of creative developments.

"The very early history of film is almost completely lost," says Spector, who has an MA in film history and once thought he'd be a film critic. "We have no documents, no contracts from early films. No one thought these things would ever be important to historians. That's where we are now with games."

Even game-makers themselves, who tend to focus on the future rather than the past, tend to simply trash concept drawings and design documents. Spector has literally gone "dumpster diving" to save art and design documents from the early 1990s classic Wing Commander.

However, cultural gatekeepers – university and museum archivists – are starting to see the value in preserving such materials. Spector sits on the board of directors for the University of Texas's Dolph Briscoe Center for American History, which has a vast video-game archive and is actively collecting artifacts tied to games made in the American Southwest. The Strong National Museum of Play in Rochester, N.Y., also has a large collection of game artifacts. And the University of Southern California collects materials from game projects in that state.

Still, the big challenge remains convincing people that games are an art form worth chronicling.

"Whether games will have lasting value is something no one can see," says Spector, "but it's a medium of expression that is unique in human history. We need to preserve it."

Warren Spector is on a mission to archive the gems of gaming. Three key targets for preservation:

Pong(1972): "It's not the very first game, but it's the one that introduced the world to electronic gaming. It's critical."

Star Raiders(1979): "This was the first 3-D game from a first-person perspective. It was you against aliens in a real-time battle. We weren't just manipulating pixels on a black and green screen."

Tetris(1984): "There's no other game from so long ago that has been on virtually every video-game platform and that we still play today. It's an amazing accomplishment of staying power and ubiquity." 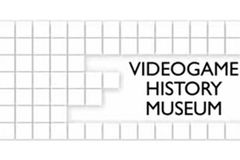 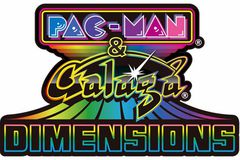