It was only a matter of time before somebody took an honest shot at rolling out the Netflix of games, and speak of the devil, here comes Sony with PlayStation Now – a cloud-based streaming service starting in North America this summer that will offer access to a whole catalogue of titles for one monthly price.

If the success of other media streaming services is any indication, PlayStation Now could do well, especially if it's implemented properly and priced fairly. But there's also no guarantee of it being a hit, especially in Canada, since there's one major obstacle in the way: the stingy Internet usage limits that service providers force on customers.

Most Canadians are allowed between 20 and 80 gigabytes of monthly usage before they see extra overage fees. By way of comparison, Americans typically get hundreds of gigabytes while subscribers in most other developed countries have unlimited usage, according to statistics from the Organization for Economic Co-operation and Development.

Netflix certainly understands the problem with that. In 2011, the company implemented lower-quality streams specifically because of Canada's usage limits and then, in 2012, an executive referred to the country's caps as "almost a human rights violation." It was obviously overstated rhetoric, but the point was clear.

PlayStation Now, demonstrated a few weeks ago at the annual Consumer Electronics Show in Las Vegas, will work much like Netflix and other streaming services. Users will sign up for a monthly paid account – Sony hasn't yet announced how much it'll cost – whereupon they'll get access to a library of content. Games will be streamed in real-time from the company's servers, at first to the PlayStation 3 and PlayStation 4 consoles, with the handheld Vita and select Sony Bravia televisions to be added soon after. The company also has plans to extend PlayStation Now to other platforms, including tablets, phones and televisions made by competitors.

Canadian gamers, however, may find their "human rights" violated even faster than Netflix users, given what are likely to be significantly higher bandwidth requirements from the game service.

According to Sony, PlayStation Now will require a constant connection of at least five megabits per second, as well as good latency – or jargon for a connection that doesn't lag.

The good news is that Canadian broadband networks are generally well equipped for this, with download speeds averaging around 19 Mbps, according to Ookla's Net Index. Canada also ranks in the global top 10 for connection quality, so the typical Canadian gamer will be able to use the service without otherwise bogging his or her entire household's connection down. Junior will be able to play in the basement while sis does her homework online in the den.

The bad news is that Sony's 5 Mbps speed estimate seems low. Netflix's bandwidth recommendations, for example, suggest that much speed is necessary to stream basic high-definition video, otherwise known as the lesser, 720p version of HD, which is coincidentally the resolution that most PS3 games were designed in. Full 1080p HD resolution, which is what most PS4 games will be done in going forward, requires 7 Mbps on Netflix.

Netflix's speed suggestions are also for simple one-way video. A streamed game, however, is a two-way communication, meaning it will require additional speed for that extra functionality if all things are otherwise equal in resolution. Upload speeds will likely come into play – and the really bad news is that Canada is woeful in this measure. Average upload speeds measure below 5 Mbps, below the global average of 7 Mbps and worse than even some developing countries, according to the Net Index.

In order to meet its speed recommendations, Sony may therefore have to cut corners on video quality, in which case streamed games may not look as good as their disc-based counterparts. If so, the company won't be making a very strong case for gamers – who are generally very picky about graphics – to sign up for the service.

All told, it won't be a surprise to see PlayStation Now launch with a higher throughput suggestion than what is being promised so far.

Either way, speeds aren't the biggest issue – usage is. An Internet connection running at 5 Mbps will use at least 2.3 GB of data an hour, or 2.8 GB according to Netflix. That's not too much for families who use the video service to occasionally watch relatively shorter movies or TV shows, but it's huge for games, which aren't just an hour or two in length. Their lengths typically measure in the dozens and sometimes hundreds of hours.

Take The Last of Us, Sony's blockbuster zombie thriller hit from last year, as an example. With a main story that takes about 15 hours to complete, the average player would be looking at 35 to 40 GB out of their monthly cap. For just one game.

And that's not even egregious compared to the copious hours players put into role-playing games such as The Elder Scrolls V: Skyrim, or online multiplayer games such as Call of Duty and Battlefield. On PCs, the average play time for Skyrim is 75 hours – translated into PlayStation Now streaming, that's nearly a whopping 200 GB of data.

The doom scenarios aren't hard to imagine: Gamers will either get stung on their monthly Internet bills, have to upgrade to more expensive plans that feature larger usage limits, or they'll limit how much they play streamed games. Those are all good reasons not to subscribe to PlayStation Now.

Something will have to give when Sony's service launches this summer. The debate over Canada's usage caps will either spark up again or the company will have to purposely degrade PlayStation Now in Canada, the same way Netflix did to its service, or both. The other possibility is that cloud gaming proves to be a big boon to smaller, alternative service providers such as Teksavvy and Acanac, which offer plans with considerably larger usage limits. Of course, such providers aren't accessible to all Canadians, so that's not exactly the best solution to the issue.

Either way, the future of gaming is nearly here. The only question is whether it will really take root in Canada. 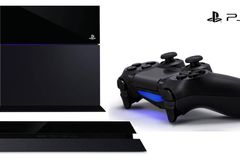 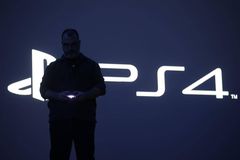 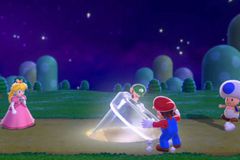 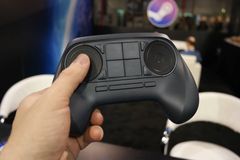 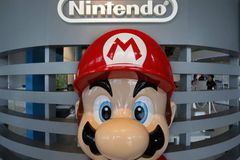 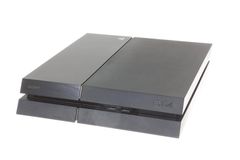