Having never tried acid, I can only guess at what it feels like. I may be wildly wrong, but the sensations that Rayman games inspire are the closest approximation I can make without ingesting psychotropic substances.

Rayman Legends picks up where Rayman Origins, released in 2011, left off in this regard. That game was a veritable trip, with its gorgeously rendered cartoon worlds dripping with hallucinatory glee, odd music and sound effects, and frenetically manic gameplay.

Legends serves up more of the same, which is both a good and a bad thing. It's great because Origins – a reboot of Ubisoft's first big hit, released way back in 1995 – was one of the best platformers of the current console generation. If there's a knock to be made on the new game, it's that it feels a lot like its 2011 predecessor. And yup, that's not necessarily bad, just nitpicky.

The concept is simple. Rayman is a limbless creature who runs through two-dimensional worlds in search of Lums, or tiny glowing creatures that, once accumulated in given quantities, unlock new levels and collectibles. As per the best entries in the genre, there are boss battles to be had, hidden areas to be discovered and plenty of reasons to replay.

The running and jumping puzzles in Legends are fiendishly clever and devilishly difficult on more advanced levels. On easier levels, for example, Rayman can call in a fairy helper who pulls switches and cuts ropes for him at the touch of a button. That's simple enough, but add in a time limit – where the level automatically scrolls right – and things quickly get tough.

Fortunately, level difficulties are clearly marked – one being the easiest – so you can hone your skills and reaction times on easier ones before diving into the true pressure cookers.

The variety in Legends is also staggering, with almost every level throwing something new at you. Just when you get the hang of the rope-cutting helper, you get another fairy who eats through cake matter for as long as you hold the B button. Doing so cuts new paths for Rayman or dispatches enemies onto spikes below.

But why are opponents walking on ledges made of cake? Who knows. I did mention the game is trippy, right?

From there, Rayman can go for a quick dive into aquatic worlds where he has to avoid search lights from spinning mines, or timed sprints where he has to jump through and outrun toppling buildings. The game switches seamlessly between fast-paced action to more methodical stealth without any noticeable hiccups.

Things get especially crazy when more players are added to the equation. Up to four players can partake in co-op in the Xbox 360 and Playstation 3 versions, while a fifth can use the Wii U pad to perform the various helpers' jobs.

It's tough to keep track of who's who when there are more than two characters on screen, but it's maddening fun as long as you refrain from yelling at your less-capable friends who seem unable to make that particular jump.

If there's one thing I didn't like about Legends, it's the game's organization and interface. The different worlds and levels are displayed as paintings that Rayman, or whatever character you're playing as, jumps into to activate. The paintings are strewn about different galleries, which are a bit hard to keep track of and navigate. I often found it difficult to figure out which worlds and levels I had yet to play, only to discover them – like a pleasant-surprise forgotten $20 bill – tucked away somewhere.

Otherwise, Rayman Legends is a beautiful and engaging platformer that delivers more of the same crazed and psychadelic fun as its predecessor. There isn't much of story to be found here, but then again, who really needs one. The zaniness is the real attraction. And it's a safe one that's pretty much guaranteed not to induce a bad trip. 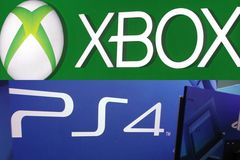 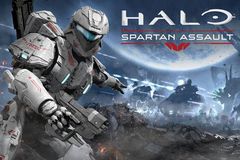 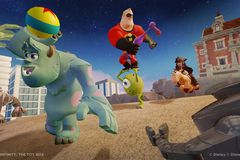 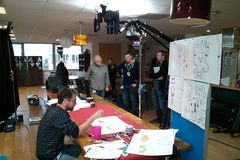 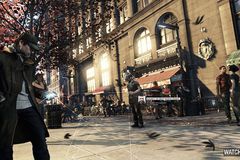 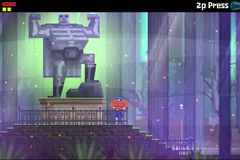