InFamous: Second Son is the embodiment of next-generation console games so far: it's got great graphics, plays much the same as previous-generation games and generally delivers less value for your dollar, all in one tidy package.

Put those first two facts together and you've got a decently fun adventure. Consider the last fact on its own and you've got a game that doesn't do a lot that's new and that feels skimpier than what you might be used to. Second Son is thus a strange hybrid of a game: It delivers just enough to be enjoyable, but not nearly enough to shine.

This third entry in the Infamous series retires Cole McGrath, the protagonist of the first two, in favour of a new lead, a rebellious young graffiti artist named Delsin Rowe. The world has moved on from the apocalyptic "happy" ending of inFamous 2, which saw McGrath activate a device that neutralized Conduits, or the super-powered humans that were sometimes prone to going bad. (The alternative ending had Cole instead become a villain.)

We find ourselves in Seattle several years after those events, where the paramilitary Department of Unified Protection is now rounding up whatever remaining Conduits – considered "bioterrorists" – it can find. An accident brings Delsin into contact with one of these alleged criminals and, before we know it, he's able to shoot fire from his hands and dash through obstacles by turning into smoke. It turns out his actual gift is the ability to absorb others' powers.

Before he has a chance to figure out his newfound skills, Delsin and his Native tribe are besieged by DUP troops. It's here where the player makes the first choice on how to play the game: does Delsin take the heroic path and stand up for his people, or does he start toward the dark side by turning his back on them?

Either way, he eventually finds himself looking for new Conduits to absorb so that he can take the battle back to the super-powered DUP leader. Second Son's plot is pure comic book revenge fantasy, which is perhaps underselling modern comic books. While the super-hero funny pages have generally developed more complex storytelling in recent years to match their maturing audiences, this game heralds back to the one-dimensional good-versus-evil battles of the 1970s.

Delsin and his cop brother Reggie are at first horrified to learn that he's a Conduit – and they should be since that likely means a lifetime of eventual imprisonment – but boy, do they get over it fast. Within minutes, Delsin is hankering for more power while Reggie quickly becomes his accomplice, guiding him to the DUP relay stations littered around Seattle that provide him with enhancements.

Neither character comes off as particularly believable, or interesting for that matter, given that they are just too quick to jest in the face of the gravity of their situation. Spider-Man has nothing on their glibness.

After discovering a few relay boxes, Delsin learns how to recharge his smoke powers by sucking up chimneys or burned-out cars. He also figures out how to glide over long distances, traverse air ducts, shoot explosive missiles and even unleash a devastating aerial bomb attack. Prowling the city, of course, are the DUP troops – some of whom have their own powers – who provide the essence of the game: flashy combat.

Both Second Son and the PlayStation 4 excel in this department, with the effects proving to be special indeed. The graphical rendering of the characters and Seattle is fantastic to start with, but the first time Delsin encounters a fellow Conduit armed with neon powers… well, it's breathtaking as she zips away at super-speed, leaving a solid pink light trail behind her. The same goes for another character with "video" powers later in the game, who uses television screens to fuel his electrically shimmering flying ability. The colours and animations virtually pulse with life.

Half the fun and most of the beauty of the game come from Delsin using these powers, after acquiring them, to move around the city. Not only are they amazing to look at, they're also very liberating. It's like a simulation of what it might feel like to be The Flash or Hawkman, blazing or flying your way through the city in a shower of light and crackling energy.

The other half of the fun comes from the fights, with each category of power offering different attack and defense capabilities. Once he has the neon power, for example, Delsin can slow time while shooting laser bursts at opponents. One of the video abilities, meanwhile, lets him turn invisible temporarily.

The DUP are no pushovers. They have a habit of flanking Delsin with their own respective powers, which often results in him being surrounded. Combat is therefore often a case of stick and move, where Delsin must blast a few attackers and then retreat to heal up. Over all, the battles aren't especially challenging, but it's still fun because of all the gee-whiz power effects being thrown around.

The good-versus-evil storyline choices also factor into character progression and the action itself. If Delsin chooses to kill his enemies and generally act like a badass, certain "evil" powers become available in the skill progression tree. Conversely, if he simply subdues opponents instead, he gets access to different "good" powers. Either way, he can pick up glowing blue shards hidden around the city to level up.

Seattle itself is disappointing as an open world. Outside of the main story, there are the quintessential side missions, but these range from uninspired to tedious. Since he is a delinquent, Delsin can hop around town spray-painting murals on walls, which is done using the six-axis function of the PS4 controller. You shake it up like a spray can, then aim it at the TV and paint. It's neat the first few times, but it quickly gets old.

Other side missions involve tracking down audio logs that fill in some of the back story, and discovering and disabling hidden DUP cameras. These are simple and dull tasks that only need to be done in order to achieve 100-per-cent completion.

Second Son's exploration system is similar to that found in other open-world games, notably Assassin's Creed and Far Cry, where new side missions and map areas are unlocked once enemy controlled outposts have been conquered. Here, they take the form of mobile broadcast trucks and antenna, which are generally surrounded by hordes of DUP troops.

Taking these out is a great way to try your powers and perfect new tactics, which is fun in and of itself, but I have to admit that I'm getting a little fatigued with this whole system. Too many open-world games, from those mentioned above to the Batman Arkham series and the upcoming Watch Dogs, are incorporating this outpost-unlock mechanism as part of their core action, to the point where it's becoming an overused trope.

This is ultimately where inFamous: Second Son becomes something of a let-down. It's a game that doesn't do much that hasn't been done before, let alone anything that isn't on the verge of being overdone. Its open world isn't particularly compelling, simply because there isn't much you can do in it (a Seattle where you can't go into a Starbucks and get a coffee? Come on, now) while its characters and plot are thin and superficial.

Unlike inFamous 2, this game also doesn't give players the option to create and share their own levels, nor is there any multiplayer. Put it all together and it's a relatively skimpy offering compared to its predecessor and other open-world games. There is some appeal to going back and replaying it with a different approach – I chose to be a hero with Delsin and am mildly curious as to what happens if he goes bad instead – but that's about it.

In that sense, inFamous: Second Son is relatively thin. It's a decent comic-book-inspired romp that dazzles visually for a little while – and there's admittedly nothing wrong with that – but don't expect much more. 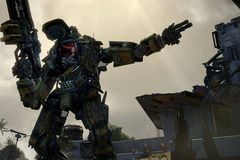 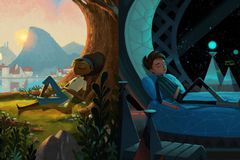 Can Project Spark’s game-maker recreate the magic of Minecraft?
March 18, 2014 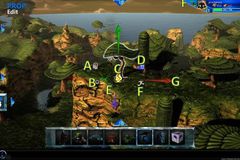 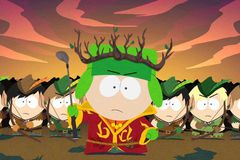 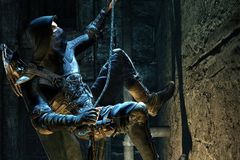 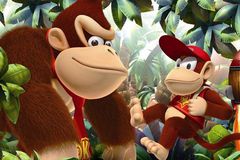 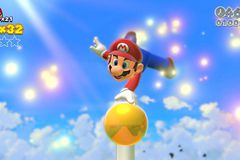