If the annual Electronic Entertainment Expo in Los Angeles can be described as anything, it's the launching pad for the biggest video games of the year. And while publishers like to debut their new ideas at the show, that focus on "big" usually translates into one thing: sequels.

Gamers may say they want entirely new stories and concepts, but sales numbers show they inevitably line up for and drop dollars on rehashes of the same things that have come before. It's that craving for familiarity that is driving not only games, but entertainment in general.

Publishers are only too happy to deliver. Here's a look at 10 of the most promising sequels from this year's E3:

Perhaps Sony's biggest title for the upcoming PlayStation 4, Infamous: Second Son is the third game in the open-world action-adventure series and the first to star Delsin Rowe, a new protagonist with flame- and smoke-based super powers. Rowe and his non-powered older brother Reggie are up against the Department of Unified Protection, which treats such super-humans as bio-terrorists. Judging from the trailer shown at E3, the game is going to feature some amazing graphics and performance captures. The extra horsepower may just raise the bar on what has been a pretty luke-warm series so far.

The title "Final Fantasy" has been ironic since at least the second game in this long-running Japanese role-playing series, but now it's doubly so since the upcoming next-generation console game will be much more realistic than previous entries – at least to certain audiences. The story focuses on Noctis Lucis Caelum, a mafia-like Don who is protecting a powerful crystal in a technologically advanced city that is otherwise surrounded by warring medieval villages. What's interesting about the game is that Noctis' city is similar to modern-day Japan, making it pretty realistic for Japanese gamers who are thinking that not only is there no finality in this series, there also isn't much fantasy. Yet, if the stunning graphics from the trailer are any indication, Final Fantasy XV looks like it will indeed be quite fantastical to Western audiences, which may be the point.

Speaking of realism and long-running Japanese franchises, everyone's favourite gravel-voiced, eye-patch-wearing super spy is returning in the upcoming Metal Gear Solid installment for next-generation consoles. This time around, one Canadian actor is replacing another in voicing Snake, with Kiefer Sutherland taking the reins from David Hayter. In an interview at E3, game director Hideo Kojima said he made the switch because he was looking for a more realistic and complete facial performance, which necessitated a stronger acting performance. Sutherland, famous for his portrayal of terrorist fighter Jack Bauer in the 24 TV series, is also no stranger to the espionage genre. The other big difference in this next MGS game is that the action is going open-world. In the trailer, we saw Snake riding a horse around the wilds of Afghanistan, conjuring images of one of the more successful open-world games, Rock Star's Red Dead Redemption. Kojima admits to being influenced by another Rock Star series, the seminal Grand Theft Auto. "The ability to create that freedom was, I think, the future of games. I wanted to create a realistic espionage simulation. Now we're able to do that," he says.

Nintendo announced a slew of new games in its long-running Mario, Legend of Zelda, Smash Bros. and Pikmin series at E3, but the most promising looking is the latest entry in the Donkey Kong canon, Tropical Freeze. There's a lot that's new in this upcoming 2.5-dimension side-scroller, including high-definition graphics for the first time in the series. The game looks amazingly colourful and sharp as a result. Also, rather than just sticking to two dimensions, the camera moves around the action in certain parts, such as when Kong is riding a mine cart down a circular track. It's a dynamism that previous games have been missing. Tropical Freeze will also allow for simultaneous two-player action, but players will now be able to choose Daisy Kong over Diddy if they want. Both sidekicks have different abilities, which will add to the variety of ways the game can be played.

Zombie games are pretty much a dime a dozen these days, but Capcom Vancouver's exclusive for the Xbox One, Dead Rising 3 , looks like it could raise the bar on the genre, as well as show off the real power of the next-generation console. In the E3 demo, the game wowed audiences with the sheer number of animated zombies on screen: thousands of them will come at you all at once, amping up the scale of terror considerably. The game is a good example of how next-generation consoles won't just mean prettier graphics – they'll also be capable of generating much more activity on-screen at any given time. Oh, and the game itself is also looking like a hoot – where else can you tape a buzzsaw and a broom handle together into a makeshift pole-arm of doom that can then be thrown at zombies in an effort to disembowel them?

One of the oldest conventions of the franchise formula is that subsequent sequels need to be bigger, louder and flashier than their predecessors. It's no wonder, then, that E3 is an annual exercise in bombastic sensory overload. Which makes it even nicer when something more subtle comes along. Eidos Montreal's Thief, which is more of a reboot of the series than a sequel, fits the bill. It's a "first-person sneaker" that encourages players to be quiet, rather than loud, as they master the art of picking people's pockets. Set in a Victorian steam-punk city, the protagonist burglar must outsmart city guards in employ of the villainous Baron. Judging by the E3 demo, the graphics look great and the artificial intelligence of the guards seems high, meaning Thief is going to be a different kind of game – one that requires patience and a more cerebral approach.

At the other end of the spectrum is Battlefield 4, which is poised to take over from Call of Duty as the pre-eminent military first-person shooter this fall, if it hasn't already. The game will be available on current consoles, but it will step up a notch in terms of graphics and on-screen events on the Xbox One and PlayStation 4. The next-generation consoles will support a whopping 64 players in online matches, including one on each team in the "Commander Mode," which will involve providing support from a bird's eye view on a tablet. Players will be able to jump between infantry, ground vehicles, helicopters and water craft in these matches, with fully destructible environments – including the ability to tumble skyscrapers. If we're talking bigger, louder bombast, it doesn't get more epic than this.

It's going to be very hard to top The Elder Scrolls V: Skyrim, one of the highest-rated games ever, but Bethesda is going to try with an online follow-up. The Elder Scrolls Online is being designed as a massive online multiplayer game that gives players access to the entire fantasy realm of Tamriel. Players will be able to journey through the game alone, as in Skyrim , but they'll also see others gallivanting around on their own quests. In true World of Warcraft style, players will be able to team up and take on challenges together, or they can remain solitary adventurers. Bethesda hasn't yet decided on how to monetize the game – a monthly subscription similar to WoW's is possible – but the addition of multiplayer is an exciting option… as long as it doesn't take away from that amazing single-player experience that Skyrim did so excellently.

Some people think Ubisoft is nuts to keep churning out Assassin's Creed games every year. Other companies that have done this – cough, Activision, cough, Call of Duty – have overexposed their franchises to the point of boredom. Yet, if the publisher can keep things as varied as Black Flag looks, the strategy may just work. Assassin's Creed IV bears some resemblance to previous games in the series, but at E3 it certainly looked like its own beast. Players may spend some of the game traversing the rooftops of cities and assassinating corrupt aristocrats, but the majority of Black Flag will be spent at sea at the helm of a battle cruiser. Indeed, with the necessity of upgrading your ship and boarding enemy vessels, this is very much a pirate game with only the bones of the Assassin's Creed franchise. With the vast, open Caribbean and lush tropical islands to explore, there's no danger in confusing this upcoming entry with what has come before.

Sometimes, confusing a new game with an older one isn't a bad thing – and that's certainly the case with Warner Montreal's upcoming Batman: Arkham Origins. For all intents and purposes, it looks and plays the same as the first two games in the series from UK-based Rocksteady, but with a few tweaks. There are some new enemies, gadgets and voices for the main characters, as well as a new crime-solving detective mode, but otherwise everything is pretty much the same. That's a good thing because gamers are still jazzed about the near-perfection accomplished in Arkham City, Origins' immediate predecessor. The real question is, what's going to happen with the next, next Batman game, which Rocksteady is widely believed to be working on? By the time that title comes out for next-generation consoles, possibly next year, gamers might be ready for something new. But in the meantime, Origins looks like it'll deliver everything they want and expect, and maybe a little more. 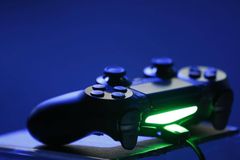 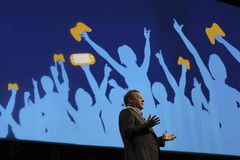 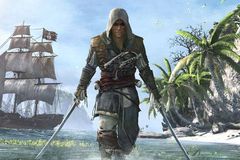 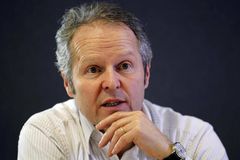