Unlike music, movies and books, video games aren't a medium that ages well. Often, what makes them unique is tied to the technology of their respective day. Just as with the other media, gamers can have rosy recollections of their past experiences, even if those games probably wouldn't hold up well by modern standards.

That's the big challenge Eidos Montreal has been facing in revamping the old Thief franchise (a new game is due out next year for next-generation Xbox One and PlayStation 4 consoles).

"We're trying to bring back that core experience that made people remember it," says lead level designer Daniel Windfeld Schmidt. "In people's minds, nothing will ever beat [the original] Thief because they had spent so much time on it. But if you went back and played it now, it's maybe not as friendly as you'd remember it."

That game – Thief: The Dark Project – was developed by Massachusetts-based Looking Glass Studios and released for the PC by Eidos in 1998. A few sequels followed, the last being Thief: Deadly Shadows for PC and the first Xbox in 2004 – a veritable eternity in technological terms.

Not only has the technology changed since then, so too have audiences. Few gamers today have even heard of Thief , which is both a blessing and a curse for the developers in Montreal. They're approaching the franchise as if it were an entirely new property, but at the same they're being cautious not to alienate the hard-core fan base that still remembers and loves the original games.

The new game – shown off at the recent Electronic Entertainment Expo in Los Angeles – is essentially a "first-person sneaker," which focuses on lightening the purses of enemies rather than bloodily dispatching people. The "thief" in question is a man named Garrett, a master at picking pockets and hiding in shadows who also happens to become embroiled in plot involving a villainous baron.

The setting is a Victorian steam-punk city rife with shadows and plague victims. Garrett himself is only as moral as the player chooses – he can be a Robin Hood-like figure who steals only from the rich, or he can be an equal opportunity robber.

Updating the game's technology doesn't appear to have been much of a problem; Thief looks as great as every other next-generation game shown off at E3. The key to keeping hard-core players happy while at the same time drawing in a new, larger audience lies in the game's various optional settings, Windfeld Schmidt says.

One of Garrett's most important abilities is something called "Focus," a sort of Batman-Arkham-like vision that allows him to see objectives and important objects. It can, however, be turned off and players can opt for full "ghost" mode, where they're not allowed to kill or knock anyone out.

"If you just want to play a solid, ground-based, authentic Thief experience, have fun. It's going to be a little tougher, but it's completely playable."

Unlike first-person shooters, the fun in this game will come not from taking out enemies but from outsmarting them, or, rather, the artificial intelligence directing them. Garrett has an arsenal of tricks at his disposal, including water arrows that can be shot at torches to put them out, creating more shadows to sneak through. Windfeld Schmidt says a lot of effort is going into beefing up the AI, so distracting and fooling guards won't be easy. Again, the more powerful next-generation consoles is helping in this regard.

The first-person view is unusual for a stealth game in that it almost puts the player at a disadvantage by not being able to see what's around. Despite its technological advances, Thief will require the same sort of patience to play as the original games, making it something of a gamble in a modern marketplace that is known for wanting immediate satisfaction.

"In a sea of first-person shooters, this isn't about just pushing the [thumb] stick forward and aiming the reticule," Windfeld Schmidt says. "It gives you a completely different experience than what you're used to, but you have to look at it in a different way." 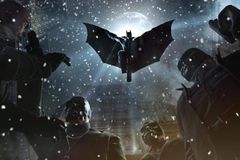 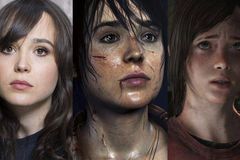 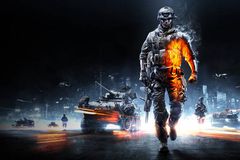