One of Canada's most promising startups in the emerging industrial-Internet-of-things (IIoT) space, Vancouver-based Bit Stew Systems Inc., has been purchased by General Electric Co. in a deal to be announced Tuesday that is valued at $153-million (U.S.).

It's one of the biggest exits of a venture-backed company in Vancouver's teeming technology scene in years and represents a win for early investor Yaletown Partners Inc., making it the Vancouver venture capital firm's largest exit to date. The VC firm led Bit Stew's $5.4-million Series A venture-capital round in 2013, generating a roughly seven-times return on that initial investment. Its take from the sale is $22.5-million, according to the deal's plan of arrangement filed with B.C. Supreme Court.

"From our perspective, there was no doubt companies in the [IIoT] sector coupled with support from a good set of investors would lead to outcomes like this," said Yaletown general partner and Bit Stew chairman Salil Munjal. Other investors include Cisco, Kensington Capital Partners, BDC Capital and Elevation Partners, co-founded by rock star Bono.

While many observers of the Canadian technology scene have lamented that domestic companies sell out too soon and for too little, Bit Stew co-founder and chief executive Kevin Collins said he and co-founder and chief software architect Alex Clark planned from the outset to partner with and eventually sell to a strategic investor, likely a giant industrial firm. "It was the only way to scale the company," he said.

Mr. Collins, who will receive more than $20-million for his stake, said that, if the company hadn't sold now, it would have had to raise more money to fund working capital, diluting the value for existing investors and adding to uncertainty that it could command a good valuation down the road at a time when the IIoT market is starting to consolidate. Mr. Munjal added: "Ultimately, it was the right thing to do for the company and its stakeholders."

Bit Stew began operations in 2009 after the co-founders, who had previously worked together at a Silicon Valley startup, decided to move to Vancouver, where Mr. Collins grew up. Bit Stew specialized in gathering data via sensors from "connected devices" in complex industrial systems to help companies plan "predictive" maintenance and minimize interruptions. It scored an early success when BC Hydro chose the firm in 2011 to deploy 1.8 million "smart meters" to customers.

As Bit Stew expanded into monitoring systems in such areas as transportation, oil and gas and aircraft operations, it attracted the interest of GE, which led Bit Stew's Series B $17.2-million financing round in May, 2015, and became one of its largest customers. Bit Stew, which has more than doubled in size in each of the past two years, is on track to generate roughly $15-million in revenue this year, industry experts estimate.

GE expressed interest in buying Bit Stew as it was seeking another financing round earlier this year. "Knowing the market was hot, and the timing was right, if we got the right valuation we were going to sell," Mr. Collins said. They eventually agreed on terms after Bit Stew's board rejected GE's first offer of $110-million in June.

GE said it will incorporate Bit Stew's technology into its existing operating system for industrial Internet applications. "This combination will help us to accelerate our industrial offerings, providing customers with contextual understanding of their assets and operations," GE Digital chief technology officer Harel Kodesh said in a statement. Mr. Collins, who will take an executive role at GE Digital along with Mr. Clark, said GE will continue to expand from Vancouver, where 70 of Bit Stew's 100 employees work. 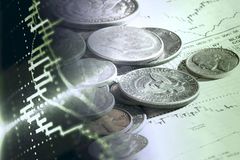