Canada's newest cellphone company opened its doors on Wednesday, promising to bring simplicity and competition into the country's wireless market.

Globalive Wireless Management Corp., which operates its wireless business under the brand name Wind Mobile , launched 18 sales locations at noon in the Greater Toronto Area, including 13 kiosks in Blockbuster rental stores and five of the brand's own stores. More locations will open for business in Calgary on Friday. It will begin hiring soon in Edmonton, Calgary and Vancouver with plans to open more there in the coming months.

"We're going to start rolling out the network very rapidly over the next two or three months," Globalive chairman Anthony Lacavera said after the opening of the flagship store in downtown Toronto. "We're going to go as fast as we possibly can."

Mr. Lacavera's haste comes after a delay in launching the brand, which was supposed to begin selling handsets and plans in November. But citing concerns over the fact that a significant part of the company is owned by a large wireless company out of Egypt called Orascom Telecom, the Canadian Radio-television and Telecommunications Commission blocked Globalive's bid in October. The federal government stepped in, and last Thursday a cabinet decision cleared the way for the company to enter the market and compete with the three companies that dominate Canada's telecom market: Rogers Communications Inc. , Bell Canada and Telus Corp .

Wind Mobile has been marketing itself for its lower prices. Its basic plans for voice calling and text messaging range from $15 to $45. Customers then have the option to add data packages for access to e-mail, instant messaging and the Internet. Those data plans cost an additional $10 to $35 per month. The company is marketing its plans for their simplicity as well: there are three voice and text plans, and three data plans only, as well as one plan for wireless laptop usage with a USB stick.

The company offers its plans without contract commitments, unlike the usual arrangement with the incumbent players. However, unlike plans under Rogers, Bell and Telus, it does not subsidize handsets. Customers must buy these outright - a minor hit for a basic Samsung phone at $150, but a major investment for a BlackBerry Bold at $450.

"When we talk to customers, the fact that there's no contracts, they're actually willing to pay more for the handset up front," said chief customer officer Chris Robbins.

"If you think about the economics we're presenting here ... You can replace your Blackberry every year if you want, based on our proposition," CEO Ken Campbell added.

Wind's coverage through its own wireless spectrum licences is mostly limited to the Greater Toronto Area; a national roaming agreement with Rogers will take care of coverage of calls to carry its calls in the rest of the country.

The elephant in the room at the launch was the absence of some high-profile handsets that are popular with consumers: Wind's AWS (Advanced Wireless Service) network - which Mr. Robbins described as "like a different radio frequency" of the standard GSM network - is not currently compatible with the much-hyped Apple iPhone, and the company does not sell the Palm Pre or other BlackBerry models such as the Storm or the Pearl.

Standing in the lineup of more than 50 people outside the flagship store, Stephen Gemon and Marc Jureidini said they had both recently signed up for wireless plans with Rogers, but are already considering making the switch.

"The first bill alone, was a shocker," Mr. Jureidini said.

"We both fall within the buyer's remorse policy," Mr. Gemon said. "Hopefully they can win us over and we'll return our phones."

Mr. Jureidini explained what would convince him to make the switch. "Tell us up front exactly what we're going to be charged for," he said. "No hidden fees. Just be upfront with us."

HOW THE PLANS STACK UP 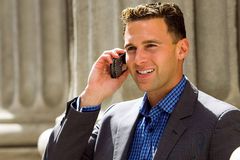 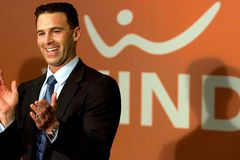 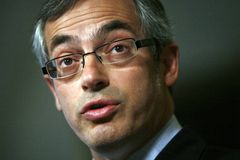 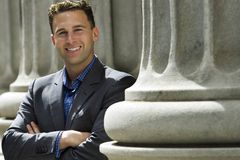