Popular e-mail services such as Gmail and Hotmail are just the tip of the iceberg when it comes to cloud-based computing - the idea of creating, accessing and storing data on a virtual network, not your computer's hard drive. Here are the benefits of breaking free from your desktop.

It's happened at least once: After spending several hours labouring over a report on your word processor, saving sporadically, you watch in horror as your monitor flickers ominously and fades to the dreaded blue screen of death.

"If [data]is stored on your hard drive at your house, you have one point of failure. If your computer crashes or your laptop is stolen, you're out of luck," says Adam Pash, editor of productivity blog Lifehacker.

For that reason, Mr. Pash prefers using cloud-based services such as Google Docs, the leader in Web-based office applications. You can create text documents, spreadsheets, presentations and forms, and upload existing ones from your desktop. From then on, your document lives in the cloud. If your desktop crashes, you can simply access the document from another computer.

"To transfer all your data to a new computer can take forever, it can be a huge pain, and there are problems with compatibility," Mr. Pash says.

By storing your photos, videos, documents and e-mails in the cloud, you don't need to go through the tedious process of moving all your data to a new hard drive - you can just access it from the Web.

One of the fastest growing cloud-base service areas is photo sharing. Facebook's huge user base makes it the world's biggest photo-sharing site, but its size restrictions mean you can only upload small photos.

"They're not the kind of thing you could even make a print of some day," Mr. Pash says.

He prefers Flickr, a site that allows free account holders to upload 100 MB a month and offers unlimited space and bandwidth to those with pro accounts, who pay about $25 (U.S.) each year.

Mr. Pash highlights the difficulties of trying to collaborate with a co-worker on a document that is stored on an office's in-house server: "I open it and I edit. And you want to look at it, but it's locked."

In 2007, Mr. Pash co-wrote a book about the iPhone with fellow tech blogger Jason Chen from Gizmodo. Using Google Docs, which is designed for multiple collaborators, the two were able to simultaneously work on the draft from their separate homes.

"The great thing about the cloud is you're not limited by physical restraints," Mr. Pash says. "You can work with anyone, anywhere."

Got a cool tip? Do you have your head in the clouds? Share your data storage tips and tricks and favourite

4. Back up your files

If you prefer to store all your data on your hard drive, it's still a good idea to create back-ups. But rather than doing it the old-fashioned way - copying your files to a DVD or a flash drive - you can simply create duplicates in the cloud. It most cases it's a faster, cheaper (not to mention clutter-free) alternative.

Mr. Pash swears by Dropbox, a free application available for Windows and Mac users. After you install it on your computer, a folder on your hard drive, "everything that goes into that folder, it gets instantaneously synced to Dropbox's servers," he says.

From there, every time you make a change to a file in that folder and save it, the cloud version is automatically updated.

*And don't do this

Put sensitive data in the cloud. Information such as your SIN number or your company's proprietary material are better stored offline.

1.2 million: The average number of photos added each second to the Facebook cloud. Source: Facebook.com 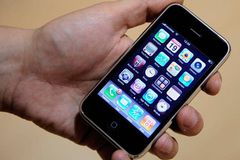 Follow Dakshana Bascaramurty on Twitter @DakGlobe
Report an error
Due to technical reasons, we have temporarily removed commenting from our articles. We hope to have this fixed soon. Thank you for your patience. If you are looking to give feedback on our new site, please send it along to feedback@globeandmail.com. If you want to write a letter to the editor, please forward to letters@globeandmail.com.
Comments are closed