The Caisse de dépôt et placement du Québec has made its largest bet on an emerging Canadian tech firm since the dot-com bubble, buying a nine-figure stake in Montreal's hottest startup, Lightspeed POS Inc., from Silicon Valley venture-capital giant Accel Partners in an effort to keep the company in Canadian hands until it can go public.

The Caisse is the lead investor in a $166-million (U.S.) transaction that will see it buy out Accel's stake in the Montreal retail and restaurant-management software provider for upward of $125-million. Most of the balance of the price is made up of new capital for Lightspeed – provided by the Caisse and other existing investors iNovia Capital, based in Montreal, and Investissement Quebec – and a credit line from Silicon Valley Bank. The Caisse's total outlay is $136-million. It is one of the largest venture-financing transactions involving a private Canadian tech firm ever, according to data compiled by Thomson Reuters, and values the company at close to $500-million, sources familiar with the company said.

"Lightspeed is the type of company that we want to support not only because they invest here but we can support them to continue this growth," said Christian Dubé, executive vice-president, Quebec, for the Caisse. "We love the growth and what they have done in the last two years."

Accel partner and Lightspeed board member John Locke said his firm's decision to sell – after investing $30-million into Lightspeed in 2012 and participating in two subsequent financings – "wasn't a reflection at all of where we think Lightspeed is headed … It was one of those things where you just look around the table and it's a win for everybody," allowing the firm to make a decent return.

The deal is a watershed moment for Canada's tech-startup sector, which has enjoyed a postcredit-crisis renaissance and better access to early-stage capital, but can still only call on a handful of deep-pocketed domestic financiers to fund their later growth. It marks one of the few times that a big Canadian investor has bought out a Silicon Valley venture-capital firm to protect an emerging domestic startup from having to choose between selling out, or going public too soon. "It sends a strong message that we are starting to believe in our own companies in our own backyard," iNovia managing partner Chris Arsenault said.

It's also part of a continuing trend for the Caisse, which got burned when some tech investments during the dot-com bubble soured. The Caisse, which invests public pension and insurance funds on behalf of Quebec depositors, has recently returned to the Canadian tech space in a big way, contributing two-thirds of a $61-million venture financing into Lightspeed in 2015 and leading an $82-million venture deal for Montreal mobile-travel-app maker Hopper Inc. in 2016.

The latest Lightspeed deal follows a process initiated by its board this year after it received several unsolicited expressions of interest from suitors. The market for digital point-of-sale and e-commerce software firms has been heating up, with the rapid ascents of publicly traded software darlings Shopify Inc. of Ottawa and San Francisco's Square Inc., and the recent purchase by U.S. credit card payment processor Vantiv Inc. of British rival Worldpay Group PLC for $10.4-billion.

"There were many options that had been presented to us" by investment bank Morgan Stanley, which led the process for the company, Lightspeed founder and chief executive Dax Dasilva said. "This has been a year of pretty big decisions."

Mr. Dasilva didn't want to sell, and when the Caisse emerged as a prospective financier, that became the preferred option, he said. "At the end of the day, the decision I made as a founder was, 'We want to stay Canadian. We want to stay independent'" rather than "sell to an American or an Asian company. We are one of the few companies that says no to that …We want to control our own destiny.

"For me it's a patriotic story. We want to build a tech anchor in Montreal. There can't be only one Shopify and all the other [Canadian] tech companies are bought by foreign buyers." Now, he says, the goal is for Lightspeed to go public by mid-2019.

Lightspeed got its start in 2005, four years after B.C.-born Mr. Dasilva, 41, the son of Ugandan immigrants, moved to Montreal. Mr. Dasilva, a programmer since his teens, built software for local Apple Macintosh dealers to help manage their stores with easy-to-use interfaces that mimicked the experience of Apple's iTunes program.

He launched his company from an apartment in Montreal's Gay Village area and self-financed the business for seven years as Lightspeed grew to 50 employees and $8-million in annual revenue by 2012. Lightspeed expanded its offering to restaurants and e-commerce merchants, transforming to a monthly subscription cloud-based offering and expanding its features to include inventory management and data analytics. It now has nearly 50,000 independent small-business customers in 100 countries and processed $15-billion in gross merchandise volume in the past 12 months, up from $10-billion two years earlier. The company has close to 600 employees, including 300 based in a converted 19th century railway station in Old Montreal.

Lightspeed's next big move is to offer payment processing to its customers, rather than rely on outside partners. It's a move that has helped fuel Shopify's revenue growth and "has quickly shot up the list of priorities" for Lightspeed, Mr. Locke said. Mr. Dasilva said "that's a big story for us," adding that Lightspeed would reveal its plans within the next year. 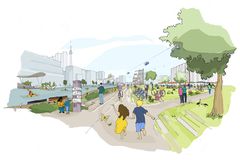 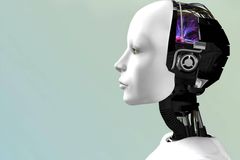 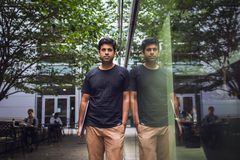