When it comes to mobile, Microsoft has had a terrible year.

First, there was the premature announcement of a new Windows tablet at the International Consumer Electronics Show in January - a move coming just weeks before Apple launched the iPad. That fizzled. Then there was the Kin fiasco - a pair of social networking-centric smart phones aimed at tweens and teens that was cancelled less than three months after it launched.

In all, 2010 has left industry watchers wondering if Microsoft has the chops to compete in the mobile market.

After getting a sneak peak a Microsoft's brand new Windows Phone 7 operating system, unveiled Monday, it appears the software giant has enough left to pose a serious challenge for the iPhones, Android devices and BlackBerrys out there.

And it's just in time, too.

With the explosive growth of the sleekly usable Android and iPhone platforms, Windows Mobile, with its clunky user interface (UI), was rapidly becoming irrelevant. Already a distant fourth in the U.S. market at 10.8 per cent - Google's Android was third in August with a 19.6 per cent, according to comScore - Microsoft has finally realized that Windows, as we know it on a PC, is not a one-size-fits-all solution.

The company set out to rethink its approach to mobile, and rethink it did. The new Windows Phone 7 panoramic UI is distinctly un-Windows: clean, fresh, and well suited to a phone's display. And while it has some features in common with its popular competition, it retains its own personality.

Analysts like what they see. "(Microsoft) did what they needed to do to put them back in the game," says Brandon Mensinga, Senior Mobile Analyst, IDC Canada. "The old Windows Mobile was probably the worst smart phone interface anywhere. A bold vision has enabled them to shift from a horrifyingly, embarrassing user interface in Windows Mobile to what could be a new benchmark in smart phone user experience in Windows Phone."

Unlike previous Windows Mobile phones, some of which were heavily influenced by device manufacturers and which sometimes led to the operating system being condemned for what were actually hardware or configuration flaws, Windows Phone 7's devices have clearly defined minimum specs and an untouchable basic screen layout.

Even minimum specs are robust. They include virtually all of the goodies a smart phone user needs: a high resolution 800 x 400 four-point symmetrical multitouch-capacitive touchscreen, at least 256 MB internal RAM and 8 GB or more of flash storage, minimum 5 megapixel camera with flash, GPS, proximity sensor, compass, accelerometer, WiFi, Bluetooth, and three defined buttons on the front, including a dedicated Search button that either searches in the application you're using or reaches out to the Internet using Bing.

The tile-based main screen, called Metro, is sparse but effective. The built-in apps are an interesting mix of consumer and business-oriented programs. Microsoft is promoting the phone as an all-in-one for users, allowing them to keep their business and personal lives on the same device.

The basic spec allows for a physical keyboard, but does not require one; initial reports say the phone's soft keyboard is exceptional (we'll confirm that when review units arrive and we get some hands-on time). The multitouch interface makes navigation a breeze, and apps are all designed to take advantage of it.

"This is make or break for Microsoft in the mobile space," notes Mr. Mensinga. "We are cautiously optimistic they will make an impact and deliver on market share targets."

Sadly, external storage is not in the mix for the first version of the spec. Micro SD cards can be used, but only as additional device memory, bonded to system memory. Vendors will have to include generous system memory to accommodate the local audio and video files that power users tend to accumulate. Here's hoping the spec for the next hardware version allows for proper external storage.

Rather than trying to do everything locally on the phone, Microsoft has introduced the concept of Hubs, Internet-based portals that complement and supplement the apps on your phone. It offers six to begin with (carriers and OEMs can create others if they so choose), described by Microsoft as so:

1. Marketplace: This hub allows the user to easily discover and load the phone with certified Apps and games

2. Games: Delivers the first and only official Xbox LIVE experience on a phone, including Xbox LIVE games, Spotlight feed and the ability to see a gamer's avatar, Achievements and gamer profile. For turn-based games, it will be possible to play PC versus phone (but not console versus phone).

3. Office: This hub brings the familiar experience of Microsoft Office, OneNote and SharePoint Workspace to the phone.

4. People: brings together relevant content based on a selected person, including address book info from any source the phone can access (Outlook, Hotmail, etc) and his or her live feeds from social networks and photos.

5. Pictures: Sharing pictures is as easy as taking them. Press the camera button to snap photos, even when your phone is locked, then send favourites to friends, or post them to Facebook or Windows Live, all from one place. The Pictures hub houses your entire collection, including photos you've saved to your phone, and pictures your friends have recently posted on Facebook or Windows Live.

6. Music+Video: Your any time entertainment centre. Play your music collection. Enjoy custom playlists, listen to podcasts, and recommend favourite songs to friends. There's a built-in FM radio and the high-resolution screen is perfect for watching TV shows, movies, or your own video clips.

In demos, the hubs integrated seamlessly with the phone experience and they will certainly delight carriers (more data traffic) and make it mandatory for you to choose your data plan with care. The saving grace here will be the integrated Wi-Fi; if you do most of your heavy downloading over your home network instead of via cellular, you'll likely save a bundle.

In Canada, phones will be available from all major carriers on November 8.

Telus will offer two models: the HTC 7 Surround, with 3.6 inch display, Dolby sound, kickstand and extendable speakers, and the LG Optimus 7, with 3.8-inch display, Augmented Reality and speech-to-text (both touchscreen only).

Rogers has the Samsung Focus (4 inch display, touchscreen only). Pricing has yet to be announced. 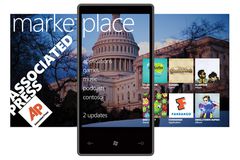 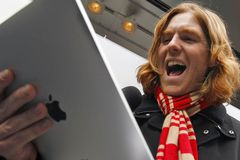 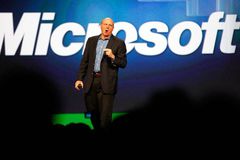 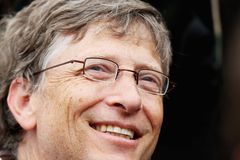 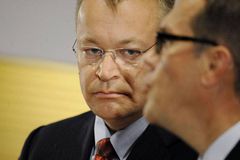 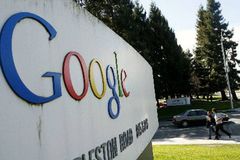