Merger talks between U.S. wireless carriers Sprint-Nextel Corp. and T-Mobile USA are a sign of things to come in Canada's wireless sector, a much smaller market many believe can't support the number of companies competing today.

Executives and industry analysts have long maintained that Canada's population is too small for the number of new wireless companies that have flooded the market since the federal government auctioned licences in 2008.

Some of the new wireless challengers, such as Wind Mobile, have talked openly about buying out rivals, while others expect the new firms will ultimately merge with regional cable companies.

For now, foreign ownership restrictions are the only thing stemming a tide of Canadian mergers. But by the time Industry Canada holds its next spectrum auction - planned for late 2012, after the government is expected to ease restrictions - a flurry of deal-making will have occurred.

"The [proposed]T-Mobile and Sprint merger is exactly the kind of thing that needs to, and will, happen in Canada when foreign ownership restrictions in telecom are relaxed," says Anthony Lacavera, chairman of Wind Mobile, noting that the U.S. has no such restrictions.

The talks between Sprint and T-Mobile, first reported by Bloomberg News on Tuesday, reflect their need to compete with much larger rivals Verizon Wireless (partly owned by the United Kingdom's Vodafone Group Plc) and AT&T. Combined, Sprint and T-Mobile - respectively, the third and fourth-largest wireless carriers in the U.S. - would have about 84 million wireless subscribers, much closer to Verizon and AT&T, which each have around 95 million.

Both Sprint and struggling T-Mobile, which is owned by Deutsche Telekom AG, lack the necessary scale to compete for iconic devices such as the iPhone - a situation in which several of the new entrants in Canada, such as Mobilicity and Public Mobile, also find themselves.

Few think Canada's newly competitive wireless industry is anywhere near as intense as in the U.S., where a slew of smaller discount providers compete with several wireless giants.

But as increasingly popular smart phones push wireless-data usage to record levels - requiring costly network upgrades and bigger, more expensive slices of the wireless airwaves - scale is going to become more important around the world, including in Canada.

"You're just seeing an incredible amount of capacity sucked up," said Michael Hennessy, Telus Corp.'s senior vice-president for regulatory and government affairs. "That in turn pushes people to start searching for scale. And I think we're going to see that globally - a lot of big deals."

He noted that any deal between Sprint and T-Mobile will be about gaining that scale, as is an ongoing attempt to merge Wind Mobile's Egyptian financial backer Orascom Telecom with Russian carrier VimpelCom. In Canada, Mr. Hennessy said, "I can't imagine that there won't be consolidation before the next auction."

Most of Canada's new wireless companies are not allowed to sell the spectrum licences they won in 2008 to a national incumbent, such as BCE Inc. or Telus, until at least 2014, well after the next spectrum auction. Many observers, such as Frost & Sullivan telecom analyst Ronald Gruia, believe that means the next auction will be a catalyst for deal-making, as new players merge among themselves. They could also sell out to one of the regional cable companies that are only now launching wireless services, and thus count as a new entrants eligible to buy the licences.

The 2012 auction "will determine which of the new entrants stay, and which ones will go," Mr. Gruia said.

"None of the investment analysts have ever believed that the market will support the number of players there are," said Mr. Hennessy, who has long maintained the rules should be lifted for all carriers.

"I sincerely believe by the time we have an auction by the end of next year, that the market will be very, very different."

Gloves are off over wireless airwaves
February 28, 2011 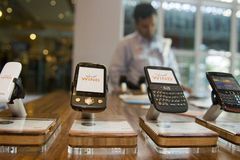 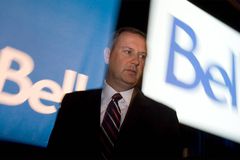