Canada's mobile-phone companies have fended off changes to surveillance practices proposed by the federal government, because of fears that more sprawling spying could drastically increase their cost of intercepting data for police.

These proposed changes arose in the context of a consultation process between government and industry that started last year. Critics complain that the wider public – and privacy values – are being left out of key debates about how 21st-century wiretapping is evolving in Canada.

Parliament's inability to agree on new "lawful access" surveillance laws over the past decade is having consequences. Because technology continues to evolve, bureaucrats and police and industry officials are often left to figure out themselves how antiquated laws should apply to emerging technologies.

"The problem is that it is done outside of the public's eye and the public doesn't have a say in it," said Charmaine Borg, the NDP MP who serves as the digital-issues opposition critic.

In an interview, she pointed out how privacy concerns led "a huge mass of Canadians" to speak out last year, as the government tried – and failed – to pass Bill C-30, the latest attempt at legislation governing how police should access corporate repositories of telecommunications data.

Ms. Borg said she now fears officials will try to achieve through regulation what they could not push through Parliament. "For me, it opens up a whole box," she said. "Is C-30 going to come back?"

On Monday, The Globe and Mail revealed the contents of the Solicitor General's Enforcement Standards (SGES), an accord that, since 1996, has specified the surveillance capabilities that mobile-phone companies are obliged to have ready for police.

While not enshrined in law, this accord is a condition of licensing for the telecom carriers who bid on federally controlled airwaves. Because the government is now preparing to auction off a new patch of spectrum, it has been seeking to update these rules.

The SGES accord specifies just how carriers are to help police intercept voice conversations, SMS texts and geolocation information on mobile phones. Yet it is completely silent on how authorities are to capture Internet data moving through smart-phone Web browsers.

Police can regard such grey areas as glaring holes in surveillance practices. Federal regulators at Industry Canada last year floated a consultation document that said the government wanted to open up mobile-phone surveillance beyond "circuit-switched voice telephony" – the old means of moving predominantly voice communications – to more modern protocols.

While Ottawa officials suggested the change was only a matter of updating antiquated language, mobile-phone companies were alarmed. For them, the altered clause could have had the effect of putting them on the hook for capturing all manner of Internet communications – a vastly more difficult proposition than traditional wiretapping.

The industry lobbied against the changes. "Cost was our primary concern. Not so much the cost, it was in the recovery of costs," recalled Marc Choma, spokesman for the Canadian Wireless Telecommunications Association, in a telephone interview. "Because if such [changes] demanded all kinds of technology to be implemented in your systems in order for the lawful access to take place, that can cost a lot of money."

Industry Canada officials point out the government listened to the concerns and made changes. "Most respondents who commented on this issue disagreed with the proposed changes. … The CWTA also noted that such changes would be more appropriately made through federal legislation," reads a document on the Industry Canada website.

The government says it never actually had designs on vastly expanding surveillance.

In Canada, the SGES standards govern the kinds of phone-tapping that transpires after judges sign off on police or intelligence investigations against "target" individuals. This sort of surveillance is fundamentally different than the dragnet surveillance employed by intelligence agencies lately in the news, such as the U.S. National Security Agency's indiscriminate "warrantless wiretapping" programs. 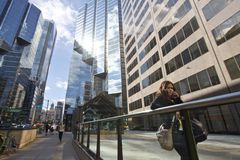 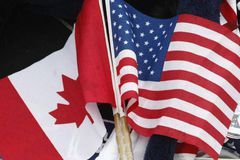