Landlines and cellphones don't have much in common these days – except for the noise, static and middling clarity of your typical call.

But that could soon change. With a new feature called HD voice, some Canadian wireless carriers are finally looking to put the phone back in smartphone.

In real-world terms, the technology is a said to significantly reduce background noise and improve call quality, making it easier to recognize speech and distinguish multiple voices in a crowded conversation.

WIND Mobile was the first to introduce the feature on select handsets early last year, promising a "better quality, clearer voice service experience." Now, Bell (BCE Inc. ) and Virgin Mobile are set to follow suit. In January, both carriers announced that HD voice would be available to its customers on select handsets too.

But they'll have some competition. Voice-over-IP services such as Skype and Google Voice – where a call is routed over the internet, as opposed to a cellular tower or landline – have been around for years, and the sound quality often exceeds that of a traditional phone conversation.

Telus Corp. has even been touting the ability to use Skype on handsets utilizing the carrier's high-speed data network to make free calls with other subscribers. And in the U.S., trials are already under way to make similar mobile VoIP alternatives the norm, thanks to what's called Voice-over-LTE.

HD voice is just the latest way to stay competitive – at least, for now.

"Voice has been the lonely stepchild over the past few years as data growth has exploded," says WIND Mobile CEO Anthony Lacavera of the sudden interest in improving voice quality and service. "And now you have carriers looking back."

Call quality is determined by something called a codec, which is the software algorithm responsible for compressing all audio before it travels across the wireless network. Traditionally, carriers have used narrowband audio codecs, which only transmit a small slice – 200-3400Hz – of the audible voice frequency range.

However, Bell, Virgin and WIND are now using what's called an adaptive multi-rate wideband audio codec – AMR-WB for short, and are branding that HD voice – which expands the frequency range to 50-7000KHz.

"There is a commercial incentive to squash the data as much as possible," explained William Webb, head of research and development at the U.K. regulator Ofcom, in an 2010 interview with the BBC. "But you can go too far. The trick is to find the balance point, the sweet spot."

According to a statement from Bell's spokesman, Jason Laszlo, the company is operating "at the rate of 12.65 kbit/sec which is the most common industry implementation" –which, in theory, means that HD voice customers across Bell, Virgin and WIND should be capable of communication with one another using the wideband codec.

What's special about this new codec is that a carrier can transmit more voice data over its existing cellular infrastructure, without having to invest in costly hardware upgrades for cellular towers and base stations.

But for some consumers, getting those crystal-clear calls won't be that simple.

To make an HD connection, both the caller and the receiving number must have a wideband-capable phone. Calling most landline phones, for example, and non-supported wireless handsets will revert to the standard narrowband codec.

In January 2011, WIND announced it would be working with Chinese telecommunications manufacturer Huwaei Technologies Co. Ltd. to bring HD voice capable handsets and infrastructure to the startup wireless network.

Earlier this year Bell and Virgin announced their own plans to bring HD voice to wireless subscribers (both carriers run on the same network). Supported devices so far include the HTC Sensation, HTC Incredible S, Nokia C6-00 and Nokia C6-01.

It's worth noting that Apple's latest iPhone and Google's flagship Galaxy Nexus phone do not support HD voice at this time.

But its not just the right handset consumers need, there are caveats as far as coverage is concerned. WIND subscribers, for example, must be in one of the carrier's designated home zone (in other words, HD voice won't work while roaming). Bell, meanwhile, says that callers must be within the carrier's high-speed network coverage area, which includes almost all major Canadian cities and outlying areas. Detailed maps are available on both companies' websites.

Over time, both WIND and Bell plan to make the majority of their handsets HD voice capable. But by then, some early-adopting consumers may have already begun to move on to the next big wireless technology.

In early January, The Verge reported that U.S. wireless carrier Verizon had allegedly bestowed two U.S. markets with Voice-over-LTE service, in anticipation of a 2013 national rollout.

The significance of a VoLTE network is that it is entirely IP-based; in other words, voice, data and text messages are all transmitted exclusively via the internet. In theory, this would mean a wireless subscriber would only have to pay for data connectivity, making a separate voice package obsolete.

It also means that something similar to mobile Skype calling, for example – the sort touted by Telus – could become the norm.

But while it's easy to consider HD voice a stopgap solution until VoLTE arrives, the reality is that a data-only network is still years away. Unlike HD voice, which relies on existing infrastructure, VoLTE would require a significant investment and overhaul of Canadian wireless networks – and even then, it will take longer still for service and reliability to match what is available now.

Still, carriers are already planning ahead. WIND Mobile, for example, has been pursuing access to what's called the 700 MHz wireless spectrum, which would allow it to offer a 4G high-speed data network similar to that of Bell or Rogers. With that infrastructure in place, anything – including VoLTE – could be possible.

"Carriers have been prioritizing data over the past five years," explained WIND Mobile CEO Anthony Lacavera, "And presumably there was never competition from voice-over IP services until very recently."

Telus launched its LTE wireless network in 14 cities across Canada on Friday, with an eye to making the service available to the bulk of the Canadian population by the end of the year.

As of yet, Neither Rogers Communications Inc. , the first wireless carrier in Canada to offer LTE service, or Bell would confirm plans for VoLTE in their respective roadmaps. 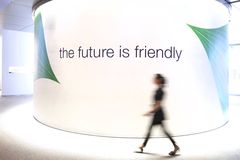 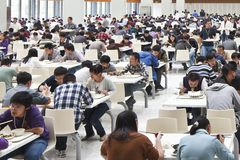 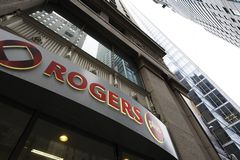 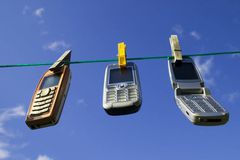 new
No decision yet on telecom spectrum rules and foreign ownership
November 29, 2011 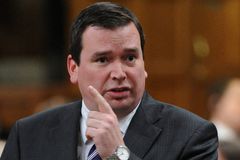