Montreal-based Goodfood Market Inc. is poised to become the first public company in one of the world's fastest growing sectors – meal kit deliveries.

The three-year-old startup is taking to the public markets in an unconventional way, through a reverse takeover of a publicly listed TSX Venture Exchange shell company on the heels of a $21-million subscription receipts offering led by GMP Securities. The proposed amalgamation was announced in March and received conditional approval from the junior exchange last week. The stock, newly renamed Goodfood, is set to begin trading on the main TSX exchange next week. "We really liked the idea of a reverse takeover because we could get access to a big pool of public market investors and we could [go public] in a way that's quicker, less risky, less expensive than a traditional IPO," said Goodfood's 28-year-old co-founder and chief executive officer Jonathan Ferrari, a former RBC Capital Markets investment banker.

There's little doubt the meal-kit market – in which firms ship prepackaged ingredients sourced directly from farmers and recipes to customers' homes on an online subscription basis – is surging. Research firm Technomic forecasts the business will grow to $10-billion (U.S.) in global sales by 2020 from $1-billion in 2015. Goodfood estimates 1.5 million Canadian households could be ordering meal kits within five years.

But some question Goodfood's race to the public markets via a manoeuvre more common for junior Canadian resource plays.

Meanwhile, Toronto-based Chef's Plate, which says it's on track to reach $50-million (Canadian) in sales this year, is sticking to its plans to hold off going public until 2018 or 2019. "We have a clear interest in pursuing a true TSX listing [rather than] a [reverse takeover] process," Chef's Plate CEO Jamie Shea said. That "would allow us to be an appropriate stage of company to take advantage of a true public listing."

Goodfood is much smaller, though growing fast. According to regulatory filings, revenue soared to $5.9-million in the first six months of its current fiscal year from $2.8-million in the previous 12 months. Goodfood operates in Ontario, Quebec, Nova Scotia, New Brunswick and Prince Edward Island, with 13,000 subscribers who order a combined 200,000 meals a month. The company has 175 employees and plans to use its financing proceeds to expand distribution, now done from rented space in Montreal. The company is unprofitable and generates negative cash flow.

Chef's Plate, by contrast, has 300 employees, serves most of Canada from facilities in Toronto and Vancouver and is believed to have twice as many subscribers and monthly deliveries as Goodfood. HelloFresh also entered Canada last year.

"I don't think [Goodfood] is a company that should go public before they see $50-million in revenues," said Hannes Blum, a Victoria-based venture partner with Acton Capital, which backed Chef's Plate and meal-kit pioneer Linas Matkasse of Sweden. "I'd say that's a bare minimum" to prove the company can scale, Mr. Blum added.

Goodfood will now have to deal with the hassles of making public regulatory disclosures while contending with Canadian public markets technology investors who are typically more risk-averse than their U.S. peers.

But Mr. Ferrari believes the move is worth it.

"We see it as a real competitive advantage," he said, explaining the visibility will help Goodfood to access capital, build its brand and attract and retain staff. 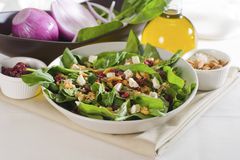 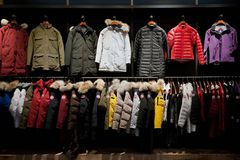