Water shortages should be the last thing that folks in Vancouver have to worry about. Despite the rainy climate and the seemingly boundless water supplies, regional municipalities in British Columbia are taking water conservation very seriously as they gear up for the 2010 Olympic Games.

At the City of Richmond's Olympic speed skating oval facility for example, runoff rainwater from its massive 6.5-acre roof is captured and put through a biofiltration process to remove the sediment, and then reused to flush toilets and irrigate the dozen acres of parks and plaza space.

The Vancouver Olympic/Paralympic Centre Complex curling venue and the Vancouver Olympic Village are creating their own water conservation legacies by applying similar variations on the rainwater capture and recycling themes. And the new Vancouver Convention Centre is the first building in Canada to combine ultra-filtration and reverse osmosis systems to desalinate ocean water and treat wastewater for flushing toilets and irrigating a green roof garden.

The fact that water reuse is front and centre in the Games' sustainability efforts, is an indication of where things are heading. The general thinking now is that whether you live in a rainforest or desert, clean, usable water supplies are running out. And municipalities, industry and government are looking beyond simply cleaning up water for disposal, to figuring out better ways to recapture, retreat and reuse what they already have.

David Kratochvil, president and COO of BioteQ Environmental Technologies Inc. in Vancouver, confirms that until recently, industry in particular has been focusing more on cleaning up water for discharge - but the reuse issue is rapidly gaining momentum. "The reality is we're depleting supplies of a finite resource."

The growing pressure to look at reuse options has been driven by a number of factors. For one, explosive population growth, especially in drier regions such as the western United States, is rapidly depleting available supplies. Industrial activities are straining existing fresh water supplies to the max; and acquiring new licenses for water rights is harder - if not impossible - to come by.

Mining and utility operations in water-strapped zones in particular often draw upon underground aquifers (water tables) - a practice that has now been placed squarely under the legislative microscope. And the quality of many water sources is compromised to the point where shortages exist even where resources seem plentiful…on the surface.

Also from the Technology for Tomorrow series: Using cognitive training technology that helps teens learn how to control a car before they hit the road

While Canada may be less affected by shortages to date, Dr. Lorne Taylor, chair of the Alberta Water Research Institute in Edmonton, explains that the time to change our ways is now. "Usually reuse comes up when people get themselves in a crisis, such as in California, Arizona or Australia. And unfortunately, people don't make the best decisions in a crisis. We're not there yet - and if we plan properly today, we won't be. But water is a huge issue, so we need to make good decisions around usage as we go forward. After all you can't make more water, and you can't store more."

There is a "very compelling urgency" to consider water reuse technologies, confirms Robert Sandford, chair of the Canadian Partnership Initiative, United Nations "Water for Life" Decade in Canmore, Alberta. "Water is not nearly as abundant as we think. In addition, we don't have the proper institutions in place to make sure water makes its way to the place it needs to be in the condition it needs to be in. Even where there is an abundance of water, there is a plethora of needs. The advantage of treatment and reuse is that it provides a way to expand water suppliers without constructing more dams, digging new wells or seeding clouds."

Jeff Fulgham, chief marketing officer for GE Water in Tree Village, Pennsylvania sees the convergence of three factors that are pushing the development of water reuse technologies: water availability, water quality and the energy related to water treatment. "Demand is exceeding supply throughout the world so we can no long afford to use it once and dispose of it. Second, industrial users are facing increasingly stringent water quality and discharge legislation. Rather than discharge it, they need to collect, capture and clean it up for themselves so they can use it again. Third, over the last five years desalination got all the attention, but it's so energy intensive, people are now looking for much more efficient treatments."

While regenerating water supplies to a usable state can be addressed by technology, it's not about finding that one single solution that does it all, Mr. Sandford notes. "We don't look at one technology. Success in future will be an array of [water treatment]technologies." These range from the more familiar ultra-filtration and reverse osmosis systems; to newer innovations such as biodensification (it uses microbes to accelerate the settling of solids and recovery of water for reuse), and precipitating processes for removing contaminants such as metals and sulfides from waste water.

Ultimately, the technology choices will depend on the standard you want to reclaim that water, he adds. "For example, if you want to remediate sewer water to drinking water standard, you would employ microfiltration, reverse osmosis and UV radiation."

There are downsides to the technology picture however. One is that it takes a lot of energy to extract, treat, distribute, recapture and retreat water and systems can be expensive. Then there's the fact that there are new forms of contaminants in water sources that technology didn't have to deal with before, such as drugs, hormones, antibiotics, etc. And of course, there is the issue of overcoming what has been coined the "yuck factor" that people experience about drinking retreated water.

In Canada, where things are really coming to a head in terms of technology development is the oil sands where SAGD (steam assisted gravity drainage) is being used for extraction. This process currently consumes three litres of water for every litre of oil extracted, which has driven legislators to set water reuse requirements well above 90 per cent.

"That's what will stretch us for tomorrow," Mr. Fulgham. "What is used today won't be allowed in future. So everyone is working to find technologies that can handle these more difficult-to-treat waters and get the nasty stuff out, while reducing their energy footprint."

"If you watch the oil sands, something has to be done there because the tailing ponds are becoming one of the most serious and contentious water issues on the continent," Mr. Sandford believes. "Whoever breaks through the barrier to separate toxic substances from that water and is able to put that water back into the system will be the leader."

Whether water concerns are around mining and exploration or a major athletic event, it's smarter and much more efficient to continue to use water over and over again, Mr. Fulgham says. "It offers such a great opportunity to overcome many of the world's challenges." 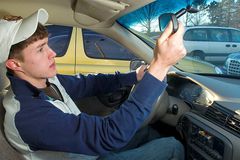