The federal government will kick off the centrepiece of its innovation agenda Wednesday by officially launching a program that will disburse $950-million to as many as five "supercluster" initiatives geared toward creating high-paying jobs in fast-growing sectors.

Initial applications for the funds will be due July 21 from industry-led consortiums in eight high-potential sectors: advanced manufacturing, agri-food, clean technology, digital technology, health-bioscience, clean resources, infrastructure and transportation. Shortlisted applicants will have until Oct. 20 to submit detailed proposals, and the government plans to select the winners by year's end.

"This initiative is about government partnering with industry, academia and communities to build on our strengths to develop the economy and the jobs of the future," Innovation, Science and Economic Development Minister Navdeep Bains said in an interview.

"People say to me: 'What does success look like?' I've got three words: jobs, jobs jobs."

The Globe and Mail has learned that winning consortiums must include two industry-leading "anchor" companies, six small and medium-sized enterprises and one postsecondary institution. The proposals must lay out how each group would create globally competitive sectors with high-paying, "resilient" jobs, boost economic growth and translate into commercial success for Canadian companies.

To qualify, supercluster participants must commit to creating and governing a not-for-profit organization, which would receive and disburse the money. Anchors can be Canadian-based subsidiaries of foreign corporations.

"I suspect part of those proposals will be tapping into the global market and global supply chains," Mr. Bains said.

Winning bidders must put skin in the game: For every dollar requested, each consortium will commit a dollar of cash or in-kind contributions of their own. Industry sectors such as artificial intelligence and clean tech that received commitments in the March budget may bid for additional supercluster cash.

Mr. Bains insisted the program was not an instance of government attempting to pick winners, saying the process would be competitive and transparent, with outside experts helping public servants evaluate bids. "We're not prescribing the outcomes. It's really going to be based on merit and, if and when we need, we will definitely engage with [outside] subject matter experts."

The bids must also include an intellectual property (IP) strategy to ensure that breakthrough technologies developed by the consortiums benefit Canada, addressing criticism that patented technology developed here often ends up in foreign hands and commercialized elsewhere.

"This is one of the big concerns I have about clusters," said Jim Hinton, an IP lawyer in Waterloo, Ont. who acts for Canadian innovators. "We have to make sure we're not just subsidizing foreign tech firms' research and development. This is what we've conventionally done. … We need to make sure the IP stays in Canada and the cluster members benefit."

He warned Ottawa shouldn't offload the IP strategy to the clusters; the government ought to ensure "the taxpayer gets the innovation benefits as well."

Ottawa has pledged to develop a national IP strategy as part of its innovation agenda, which also includes commitments to buy more goods and services from Canadian startups and to invest in the country's venture capital sector.

Innovation is one of the few areas to benefit in the recent budget, as the government attempts to make targeted investments in higher-potential areas of the economy to foster growth.

"Canada's high-growth tech sector wants this cluster strategy to double-down on our domestic strengths and support scaling tech firms across the country," said Benjamin Bergen, executive director of Council of Canadian Innovators. "Only by supporting high-growth tech companies – the ones most equipped to turn the $950-million investment into $9.5-billion – will we see this investment in innovation grow Canada's bottom line."

Several groups are ready to apply for supercluster funding. Industry collectives have been mobilizing since the government announced in the March, 2016, budget that it would commit $800-million to fund clusters, before raising that to $950-million two months ago.

Winnipeg-based non-profit Enterprise Machine Intelligence and Learning Initiative (EMILI) – backed in part by the Richardson family, owner of the eponymous agribusiness giant, and led by local business people and academics – has been lobbying Ottawa for innovation funding to bring powerful AI technology to the agri-food business.

"We are going to be putting together an application," said Ray Bouchard, chairman of EMILI and CEO of Enns Brothers, a large Manitoba John Deere dealerships. 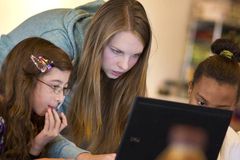 Canada’s uniquely co-operative culture is a boon to tech innovation
May 17, 2017
Follow Sean Silcoff on Twitter @SeanSilcoff
Report an error Editorial code of conduct
Due to technical reasons, we have temporarily removed commenting from our articles. We hope to have this fixed soon. Thank you for your patience. If you are looking to give feedback on our new site, please send it along to feedback@globeandmail.com. If you want to write a letter to the editor, please forward to letters@globeandmail.com.
Comments