A new study has revealed serious shortcomings in the way building managers test for deadly Legionsnaire's Disease – while revealing that a breakthrough technology developed by an Ottawa startup could fix the problem.

The study, funded by the federal government and conducted by Spartan Bioscience Inc. last year, found four out of 51 cooling towers attached to federal buildings had so much of the disease-causing legionella bacteria they would have to be flushed out with disinfectant, according to existing standards. That was despite the fact Ottawa has one of the world's most stringent legionella-testing regimes. Nearly 40 per cent of towers had legionella levels high enough to prompt facilities managers to change operating, maintenance,and water-treatment procedures.

The study found that Spartan's portable DNA-testing machine – a clock-radio-sized device that provides results in 45 minutes – delivered more accurate and timely indications of heightened legionella levels than those derived by the standard method of growing bacterial cultures. Nearly two-thirds of Spartan's findings of heightened levels were missed by culture tests.

In one instance, a test using Spartan's technology revealed a federal building in Toronto had outbreak-sized levels of legionella, prompting an immediate flushing out of its cooling tower with chlorine. By contrast, bacterial culture tests didn't reveal any cause for concern. "Despite the fact that the test results we were doing in the traditional model didn't indicate that same level, we applied our current standard and protocol at that facility," said Kevin Radford, assistant deputy minister of Public Services and Procurement Canada (PSPC) real properties services.

There have been countless outbreaks since the 1976 disaster for which it is named, when 34 attendees died at an American Legion convention in Philadelphia. In the United States alone, the Occupational Health Administration estimates there may be up to 50,000 cases annually. It is fatal roughly 10 per cent to 15 per cent of the time.

Despite the global problem, there is a scant patchwork of regulations for legionella testing, where standards exist at all. Canada, a global leader in regulation, requires only PWGS-managed buildings to collect and test bacterial cultures from cooling towers monthly. That regime has been in place since 2013, following an outbreak that killed 13 people and sickened 182 in Quebec City. Similar provincial standards are in place for all buildings with cooling towers in Quebec, while New York has required mandatory legionella testing since an outbreak killed 16 people in 2015. "Once people start dying, that gives the political will to make [regulations] happen," Spartan chief executive Paul Lem said.

But there are serious shortcomings to bacterial testing, which is considered the "gold standard" for legionella testing, according to PWGS and blessed by the U.S. Centers for Disease Control. It can take weeks to learn results as bacterial samples are shipped to labs and grown for up to 14 days.

Property managers and government unions are watching the results closely, and three out of Canada's 10 largest building owners are now testing the Spartan machines, which would yield thousands of dollars in revenue per building annually for the startup. "We're always looking for ways to make better use of technology to improve overall health and well-being of building occupants," said Bernard Myers, a vice-president with Morguard Corp., which manages several government properties in Ottawa. "If we improve both the quality and the quantity [of testing] … it's a win-win-win for everybody."

Chris Aylward, national executive vice-president with the Public Service Alliance of Canada, said "the new form of testing … is something certainly very positive that we welcome." PSAC's national health and safety officer Denis St-Jean said he wanted to learn more "before we can actually make some specific recommendations."

Mr. Radford said "we certainly are excited about this new technology, if it can improve health and safety for our tenants and people walking around our buildings." But he cautioned the department would wait for federal and provincial health agencies to validate the results before determining "how we would then execute on leveraging the technology." 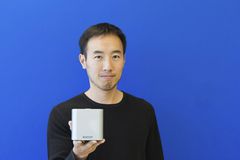 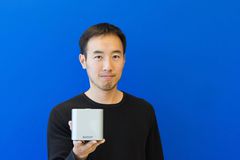