It takes less than 12 hours to have operating rooms up and running in a disaster zone once the Canadian Red Cross deploys its state-of-the-art portable hospital.

To power these pop-up hospitals, especially in remote areas where there is not always enough diesel fuel to keep the generators going 24/7, Mr. Elsharkawi is now field-testing solar power.

Solar energy is already being used as the primary energy source in a growing number of fixed medical facilities in impoverished Haiti and Africa, supported by donations from such non-profit organizations as the Clinton Foundation and the Washington, D.C.-based Solar Electric Light Fund (SELF).

"It's not quite there yet, from our perspective, in terms of 100 per cent reliability, robustness and withstanding the various conditions in the field that we face. But clearly we're getting there. Solar power is very much on our agenda," said Mr. Elsharkawi, who is always on the lookout for innovations that will improve the practice of medicine in developing countries.

"The modern field hospital is the cutting edge of emergency disaster response, and it's constantly evolving," he said.

The rebuilding of Haiti after the devastating earthquake in 2010 underscored the importance of having reliable renewable energy sources, particularly in hospitals "where doctors operating or women in labour can't have the lights going out when a generator breaks down or runs out of fuel," Solar Electric Light Fund says in a case study on its recent installation of a solar power system at the hospital in Thomonde, Haiti.

The system – made up of solar panels to harness energy and deep-cycle batteries for storage – provides electricity for the hospital's lighting, lab equipment, refrigerators, computers and satellite communications systems around the clock, SELF executive director Bob Freling explained

The Thomonde hospital, operated by the international medical organization Partners In Health, had previously relied on a diesel-powered generator that was expensive to operate and often out of service because of fuel-source disruptions, Mr. Freling said. The generator is being retained to provide back-up when additional power is needed.

Training members of the local community to maintain and operate the system was an essential part of the process, Mr. Freling said. Even the most sustainable energy system will become unsustainable with improper use.

Mr. Elsharkawi said the Red Cross is constantly being approached by companies promoting their products and, typically, he will field-test one or two of them on every deployment. Whatever the product, it has to be sturdy, portable and user-friendly, or it will not be of much use to the local population once the international relief team moves on, he added.

The 29-kilowatt off-grid photovoltaic system at the 17-bed Thomonde Hospital was designed and installed by SELF. "Solar power can provide all of the electricity needed by facilities like this, but only if all of the system's components can effectively perform at very high levels over many years," Mr. Freling said.

"We coupled Trojan batteries with solar modules made by SolarWorld and a charge controller and inverters from OutBack Power Technologies, all of which were in-kind contributions towards the project."

SELF has also installed solar streetlights in relief camps in Haiti, and provided power to schools there and in other developing countries and supplied electricity to villages that previously had no access to power grids.

"This is a long-term system," said James Surrette, president of Nova Scotia-based Surrette Battery Co. Ltd., which has been involved in installation and training at a number of SELF projects in Haiti and Africa.

"The batteries will probably run somewhere between seven to 15 years, depending on what they are used for. The solar panels are going to give them a 30-year life; the electronics are probably going to give them a 15 to 30 year life. So they have a very long-term asset here," Mr. Surrette said.

"In a hospital or health-care setting, obviously patient care is going to be better and safer," especially in regions that are plagued by frequent power outages, Mr. Surrette said.

Ten years ago, emergency medical teams deployed to disaster areas by the Canadian Red Cross could not always establish lines of communication with the outside world, Mr. Elsharkawi said. "Now, it's instant Internet."

"The general trend with medical technology has been that the devices are becoming smaller, a lot more robust and user-friendly, so we are able to quickly deploy them, use them and train local staff in emergency settings," he said. For instance, there are highly effective ultrasound devices no bigger than a briefcase.

"Water purification systems have become extremely small and sophisticated.... We are now able to take in a small box a unit that can produce clean drinking water immediately. Just give it any water source, pretty much, and clean a thousand litres an hour," Mr. Elsharkawi said.

"In our hospital kit, we also deploy solar chargers and things like that, and we use them if we can and when we can." 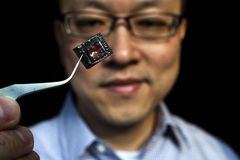 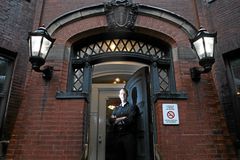 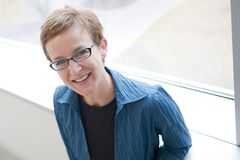 On immigration, Canada could learn from world capitals
September 21, 2011 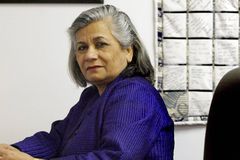 A healing light: how lasers can diagnose and treat disease
December 7, 2011 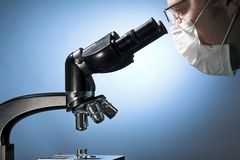