Rogers Communications Inc. has struck a strategic alliance with U.S. technology giant Microsoft Corp. for the Canadian launch of Windows 8.

Canada's largest mobile carrier announced Friday that it will offer a new lineup of wireless devices, including a Windows 8 tablet and an exclusive selection of smartphones that also run on the latest version of Microsoft's signature operating system.

That select list of devices available only to Rogers' customers includes the Samsung ATIV Smart PC tablet and smartphones like the Nokia Lumia 920 and HTC's Windows Phone 8X (8GB). In addition, Rogers will carry other new Windows-based smartphones (which are also available to other carriers) that operate on its next-generation wireless network, known as LTE.

Rogers' partnership with Microsoft, which gives it preferential standing to sell some key Windows 8 devices among other perks like co-branded marketing, comes at a pivotal juncture in this country's wireless wars. Smartphones already represent roughly half the Canadian mobile market. As a result, carriers are feeling intense pressure to attract and lock in more high-end subscribers, while also keeping their own costs in check.

The battle for tablet users, meanwhile, is also escalating. There is the upcoming launch of Microsoft's Surface tablet along with growing speculation that Apple Inc. is preparing to reveal mini version of its iPad. (Rogers' announcement, though, made no mention of the Surface tablet, which will also run on Windows 8 when it is released by Microsoft later this month.)

"Rogers has a rich history of innovative firsts, and we're excited to join forces with Microsoft to bring these great new devices to Canadians," said Rob Bruce, head of Rogers' communications division.

"Our customers are accustomed to Rogers leading the way with exciting new mobile devices. Windows 8, powered by Rogers LTE and broadband networks, will continue this tradition and bring a powerful new multi-screen ecosystem to Canada."

With over nine million wireless subscribers, Rogers is fighting to maintain its competitive edge at a time when its two main rivals, BCE Inc. and Telus Corp., offer similar handset lineups, including the iPhone.

Therefore, Rogers' ability to offer exclusive devices is part of a broader strategy to distinguish itself from its peers, which are also working furiously to tweak their own offerings. Earlier this week, for instance, Telus announced that it was scrapping activation fees to attract more customers.

Still, wooing new smartphone customers is only part of Rogers' challenge. The carrier, which has traditionally had the largest iPhone user base in Canada, is also eager to contain costs for device subsidies for new customers and existing clients who are seeking upgrades. That means Rogers has a key interest ensuring that a variety of smartphones and operating systems remain popular with consumers – including iPhones, BlackBerrys, Android-powered Samsung devices and Nokia's Lumia among others.

Still, getting Canadians hooked on new Windows 8 devices could prove to be a challenge. On Thursday, Nokia, which makes Lumia smartphones, posted a third-quarter loss and sharp revenue declines as sales of its existing Lumia phones tumbled.

Its two upcoming smartphones, including the Lumia 920 that will be sold by Rogers, use the Windows 8 operating system – which is being billed as Nokia's next salvo against Apple and Samsung.

"We reimagined Windows to help open up a new world of experiences for our customers," stated Max Long, president of Microsoft Canada Inc. "We are thrilled to have a broad reaching relationship with Rogers to offer Canadians a premium experience across the Windows ecosystem – the amazing features that make Windows 8 and Windows Phone 8 so compelling, combined with the Rogers' super-fast LTE network and exclusive mobile applications. I can't think of a better way to experience Windows across the phone, PC, tablet and Xbox." 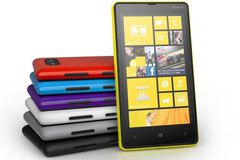 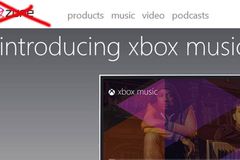 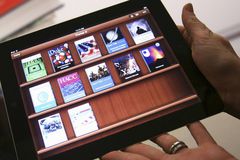