An unmanned rocket that launched from a remote spaceport in South America is carrying a 3,175-kilogram satellite – and the promise of narrowing the digital divide between cities and rural areas in Canada.

The EchoStar XVII, a 4G (fourth-generation) high-speed broadband satellite, was thrust into space by the Ariane 5 rocket after blasting off from the Guiana Space Center in Kourou, French Guiana, at 5:36 p.m. ET on Thursday. The satellite, which has a total wingspan of nearly 40 metres, will spend the next several days fanning out its solar panels after achieving its desired orbit above North America at an altitude of 35,786 kilometres above sea level, nearly one-tenth of the distance between the Earth and the moon.

Its deployment is being closely watched in Canada – and not just because EchoStar XVII's manufacturer, Space Systems/Loral, is being acquired by Canadian technology company MacDonald Dettwiler and Associates Ltd. This next-generation satellite features technology capable of providing high-speed Internet service to households and businesses in some of the most remote stretches of Canada, at prices comparable to those offered in urban areas.

EchoStar XVII's launch comes at a time when demand for affordable broadband is exploding across rural Canada. With consumers and businesses – including those in the energy, mining and health care sectors – demanding faster and cheaper services, bridging Canada's digital divide has become a priority in Ottawa. High-speed Internet access is now considered integral to Canada's economic development, and the federal telecom regulator has established a "national speed target" to ensure that all Canadians have download speeds of at least five megabits per second (Mbps) by 2015. It is a standard still not available to roughly 12 per cent of Canadians because of the high cost of providing wired broadband service in sparsely populated communities.

"This is a quantum step in the elimination of Canada's urban-rural digital divide," said Xplornet CEO John Maduri in a telephone interview from French Guiana, where he travelled to watch the rocket launch. The new satellite, he said, will allow Xplornet to offer high-speed packages to more rural Canadians from Vancouver Island to Newfoundland.

Specifically, EchoStar XVII will enable Xplornet to add more 4G coverage in British Columbia, Manitoba, Newfoundland and New Brunswick, while bolstering capacity in Ontario and Quebec. It plans to begin marketing its 4G satellite service to customers in those new markets in November.

Woodstock, N.B.-based Xplornet had about 150,000 subscribers across Canada at the end of 2011 and annual revenues of more than $100-million. It aims to quadruple its customer base by 2016.

The EchoStar XVII's 4G technology can facilitate download speeds of up to 25 Mbps, allowing Xplornet to exceed the CRTC's speed target in many parts of the country as soon as this year.

"EchoStar XVII will allow for previously unavailable speed and bandwidth economics, and will provide rural and remote Canadians a broadband connection that is truly fast and affordable," Mr. Maduri ADDED.

The company says the difference in pricing can be dramatic depending on where a customer lives and his or her current service. For instance, among its various 4G packages, the company plans to offer a three Mbps package for $50 per month, Mr. Maduri said. That compares to a two Mbps plan for $174.99 on one of its older satellites.

Xplornet's investment in EchoStar XVII marks the second time in less than a year that the company has purchased the entire Canadian capacity on a 4G high-speed broadband satellite as it rolls out its 4G service. The first, ViaSat-1, was launched in October and the company is currently in the planning stages for a third satellite that will likely be launched in 2015 or 2016.

Although Xplornet won't reveal its portion of the shared costs for the EchoStar XVII, satellites can typically cost about $500-million just to launch. There are also additional investments that have to be made in ground stations and the installation of equipment in customers' homes.

In addition to satellites, the company offers 4G service through land-based transmission towers in more populous rural communities. Over all, the privately-held company has invested about $800-million in rural broadband since its inception in 2006-2007. 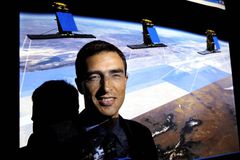 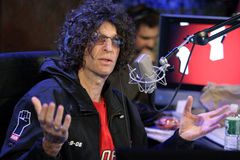