They are among the oldest rocks in the world. Now, a team at the University of Alberta has made the most precise measurement yet of a stony outcrop located about 300 kilometres due north of Yellowknife.

Their verdict: Rocks found in one part of the Acasta Gneiss Complex in the Northwest Territories are 4.0196 billion years old, give or take a couple of million years, dating back to a time when Earth was about one-ninth its present age. In other words, they are staggeringly old and so provide a remarkably deep window into our planet's geological past.

"It's the oldest known rock that has a composition similar to what we think continents are like," said Jesse Reimink, lead author of the Alberta study and now a post-doctoral researcher at the Carnegie Institution in Washington, D.C.

But in addition to being really old, Dr. Reimink and his colleagues say the rocks are important for what they don't contain – any clear signs that they formed in a place where a continent was already present.

The new results, published Monday in the journal Nature Geoscience, are in line with a contentious theory the group first championed two years ago when they suggested that the Earth of four billion years ago was an ocean-dominated world where continents were relatively small, few in number and rather like the volcanically active Iceland of today.

That picture has generated an intense debate that touches on some of the most important questions about the planet's earliest chapters, including how and why its surface conditions were so amenable to the emergence of life.

"Geodynamically, Earth is completely different than the other planets and we don't really understand why," said Jonathan O'Neil, a University of Ottawa researcher who was not involved with the Alberta study.

Dr. O'Neil's work has focused on another ancient formation, located in northeastern Quebec, that he and his colleagues recently dated with a less precise technique at about 4.3 billion years old. But while the Quebec rock may turn out to be older than the Acasta Gneiss, there's no doubt that it represents something quite different. It is a remnant of a piece of ocean crust that was later incorporated into the North American land mass.

In contrast, the Acasta Gneiss has a chemical signature that is more like continental crust. First identified as geologically significant in the 1980s, the remote region on the border between boreal forest and Arctic tundra has become increasingly attractive to researchers looking for evidence of how and when the first continents formed.

That evidence comes in the form of tiny mineral grains called zircons that crystallize out of molten rock and can offer a durable record of exactly when the parent rock formed and in what sort of environment.

In their latest study, the Alberta group examined trace isotopes of the element hafnium in the zircons they collected from the Acasta Gneiss sample. The results show that the rock melted and mixed with an older material as it was emerging from Earth's interior and that the older material, they conclude, was not continental crust.

Mark Harrison, a geochemist at the University of California, Los Angeles, disagrees with the team's conclusion that there was a continent-sparse period four billion years ago. He noted that rocks found on isolated islands in the Pacific, such as Samoa, would be expected to show a similar signature as the Acasta Gneiss, despite the fact that large continents are still present elsewhere on Earth.

Tom Chacko, who leads the Alberta group, concedes the point. "Part of the limitation of early Earth studies is that there are so few samples," he said. "You have to try to milk everything out of the actual samples you have."

Ann Bauer, a graduate student at the Massachusetts Institute of Technology who also studies the complex, said the Alberta group had been "very thorough" in its analysis.

"Canadians should be excited that they have the oldest rocks in the world in their country," she said. "That's pretty cool." 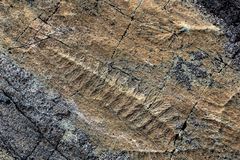 Earth’s secrets preserved in the Arctic cliffs of Padloping Island
Spectacular cave find sheds light on human origins
Follow Ivan Semeniuk on Twitter @ivansemeniuk
Report an error Editorial code of conduct
Due to technical reasons, we have temporarily removed commenting from our articles. We hope to have this fixed soon. Thank you for your patience. If you are looking to give feedback on our new site, please send it along to feedback@globeandmail.com. If you want to write a letter to the editor, please forward to letters@globeandmail.com.
Comments