For Yossi Leshem, the story is all too familiar: A white stork, tagged last month in Hungary for a migration study, was captured and turned over to police in Egypt after a journey of 3,700 kilometres.

The GPS transmitter on its back has aroused suspicions that it was being used for espionage. The bird was finally released Sept. 2, after officials were assured it was not a foreign spy.

Days later it was killed by a hunter.

In a region where political tensions and guns abound, the stork's bizarre and abbreviated journey illustrates a massive problem faced by conservationists: how to protect the roughly half a billion birds that pass through the Middle East – many of them this month – while they fly from breeding grounds in Europe and Asia to winter havens in Africa.

"We're at the junction of three continents – a bottleneck," said Dr. Leshem, a senior researcher at Tel Aviv University. "From a political point of view it's disaster. For bird migration, it's one of the most important hot spots in the world."

Against a backdrop of uncertainty clouding peace talks between Israel and the Palestinian Authority, Dr. Leshem is achieving what politicians in the region seem unable to manage: He is reaching across boundaries to find a partner with a common cause. Call it science diplomacy, taking wing in the politically charged Middle East.

"Nature knows no borders," said Imad Atrash, executive director of the Palestine Wildlife Society, based near Bethlehem, and a long-time collaborator with Dr. Leshem on projects that span Israel, the West Bank and Jordan.

In 2000, he and Dr. Leshem brought Palestinian and Israeli schoolchildren together as part of an educational project to track migrating birds. "The parents said we were crazy,'" Mr. Atrash recalled. When border crossing became too difficult after the second intifada, the pair worked on educating Arab farmers not to kill barn owls – a traditional bad-luck symbol – and permit them to roost in nesting boxes set up along the Jordan River valley to nurture the birds as a chemical-free means of controlling pests.

Now Dr. Leshem and Mr. Atrash are partners on a project that has just received nearly $700,000 from the European Union, intended to help establish protected areas and build up scientific wildlife monitoring in the West Bank.

"The idea is not only that we are developing regional co-operation on an environmental issue but it's also people to people," Dr. Leshem said when he was in Ottawa for the Birdlife International World Congress, an umbrella organization for bird conservation groups. Mr. Atrash couldn't attend, unable to secure a visa to enter Canada.

Nature Canada, which is BirdLife's member organization in this country, has helped to support the pair's efforts, most recently by facilitating a donation to Mr. Atrash's organization last year.

"In this case one donor in particular was interested in supporting the construction of a library that is being built by our Palestinian partner," said Ian Davidson, executive director of Nature Canada, based in Ottawa.

Funding remains a key challenge, Mr. Atrash said. Dr. Leshem said he hopes Canadians will see that investments in conservation in the Middle East can have a positive effect toward easing tensions. "The potential for co-operation is very high," he said.

This spring, Dr. Leshem secured funding for the construction of seven ecological stations across Israel. In time, he hopes Canadian tourists will be among those flocking to the region to take in the birds – particularly if improved relations make travel between Israel, the West Bank and Jordan more routine.

"We want to show people who fought each other how they can co-operate together along the border," said Mansour Abu Rashid, a retired general and chairman of the Amman Center for Peace and Development in Jordan, which is also partnering with Dr. Leshem.

Mr. Abu Rashid said that it was an ongoing battle to persuade opponents of the peace process that joint efforts on conservation convey benefit for all involved. "We try to convince them that this is an environmental issue, not a political issue."

He added that the co-operation is essential, not just to boost tourism but for public health reasons because of the potential threat associated with bird-borne illnesses.

If talks are ultimately successful the longed-for peace dividend will invariably help researchers, by allowing greater access to bird areas and improving public education. Dr. Leshem hopes to reduce the toll on birds that pass through the region – along with instances of "spy bird" capture. Earlier this year, a kestrel he and his colleagues tagged in northern Israel was later caught in Turkey. After Turkish authorities X-rayed the bird for hidden devices, it was set free.

"This is part of all the crazy games we have here," said Dr. Leshem.

"I'm not naive," he added. "I know that you are not going to make peace with birds, but I believe that science can play a key role."

Despite the many setbacks in a region groping for normalization, Mr. Atrash says he maintains a steadfast hope that peace will come. When it does, he said, "It will be a better future for people and wildlife both." 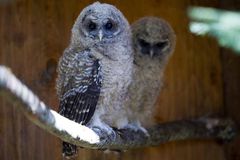 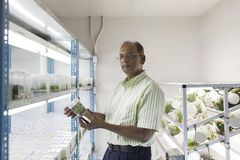 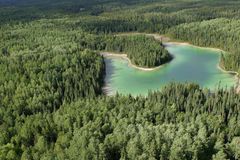 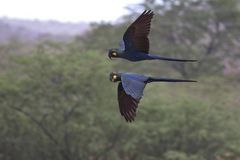 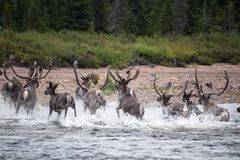