Chris Eliasmith's brain may not be the biggest in the world – but it's the biggest one that works.

As director of the Centre for Theoretical Neuroscience at the University of Waterloo, Prof. Eliasmith heads a team of researchers who have built Spaun (for Semantic Pointer Architecture Unified Network), the world's largest simulation of a functioning brain – the latest and perhaps most advanced step in scientists' quest to model human intelligence in synthetic form.

Larger models of the brain exist, he explains, as do machines that perform cognitive tasks better. But Spaun is unique because it both mimics the structure of the human brain and does intelligent tasks.

"There are other models out there that have 500 billion neurons in them," Prof. Eliasmith says, referring to a brain designed by IBM. "But they don't do anything. Our model is only 2.5 million neurons, but it actually does things."

That makes Spaun still just a small fraction of the size of the human brain, which contains something on the order of 80 billion neurons and is the most complex structure known to humanity.

Developed with both federal and provincial government support, Spaun contains 20 anatomical areas, compared with the brain's 1,000 or so, and is the culmination of work Prof. Eliasmith – a self-described "military brat" who grew up on bases across the country, including Moose Jaw, Sask. – has been doing since grad school.

Rather than code, he says, the only input Spaun gets "are visual images, just like people." Equipped with a virtual "arm" to scrawl its responses, it can perform eight tasks, some simple (such as counting) and other less so (finding unknown math patterns in intelligence tests).

The researchers have posted videos http://nengo.ca/build-a-brain/spaunvideos/ in which Spaun works through problems and then signals the "muscles" in its virtual arm which answer to write. "It has to send out commands telling how much tension to put on each of those muscles to draw the digits you can see," Prof. Eliasmith explains.

He balks at the suggestion that Spaun is a form of artificial intelligence. Although able to answer some questions asked on an IQ test, it has "nowhere near the sophistication of human intelligence." And neither can it master completely new tasks, the way a real brain can, he writes in a paper his team published recently in Science.

But that will change, if Prof. Eliasmith gets his way. He and his students are trying to improve Spaun to the point that it can be taught new tricks – through positive and negative reinforcement (in the form of "that's good" and "that's not good").

Spaun's commitment to solving problems the same, limited way the human brain does sets it apart from forms of artificial intelligence such as Watson, IBM's Jeopardy-playing computer, or the chess champ Deep Blue.

"Their goal is to do some function as well as, or better than, people," Prof. Eliasmith says of such rivals. "But they don't care how they do it. They take approaches that are totally foreign to the way the human brain works. We really want to understand how the biological components are interacting."

That way, he explains, researchers can both build smarter machines and begin to figure out how such things as aging damage the brain.

"One interesting thing about this model is, because it acts like a brain, we wanted it to fail like a brain too," says Prof. Eliasmith, whose book about his research (appropriately titled How To Build A Brain) is slated to appear in April.

When Spaun is asked to recall a long string of numbers, it has trouble remembering the digits in the middle – just like humans. It also makes mistakes at the same rate as we do.

Amazingly, Spaun will even declare when it doesn't know the answer to a question – something many of us are loath to do. 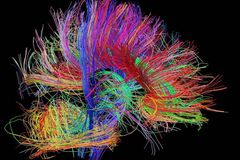 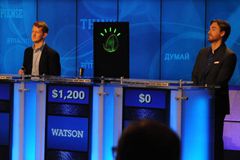 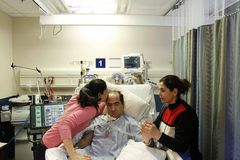 How burning a hole in the brain eliminates a patient’s shaking
December 18, 2012 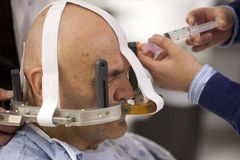