Jake Veasey recently spent four days hiking through mountainous forests in central Kenya during the wet season as part of a research project that the Calgary Zoo animal behaviourist and zoologist hopes one day could revive the fortunes of one of Africa's most endangered species.

While his main role is taking care of animals in captivity, his focus has long been conserving those in the wild.

And the Calgary Zoo, which has already helped support the Wechiau Hippo Sanctuary in Ghana, an eco-tourism magnet lauded by the United Nations, is looking to expand its community-based conservation programs to other African nations, including Kenya and Tanzania.

Dr. Veasey has his eye on mountain bongos, a large red-coloured antelope with distinctive white stripes. Perhaps 100 are left in the wild, but Dr. Veasey, who became the zoo's director of animal care, conservation and research in 2010, is aiming to get an accurate count, and from that, develop local conservation programs.

The African-based Bongo Surveillance Project, with which he is involved, is already teaching school children to breed fish in their villages as a source of protein instead of poached bongo meat.

"You wouldn't think there was a link between growing fish and schools to protect bongo in the forest," Dr. Veasey said. "But when you look at conservation in this day and age, it's a lot more complex and multifaceted than simply going out and protecting animals in the wild. We have to create solutions as well."

Dr. Veasey spoke to The Globe and Mail from the Sangare Ranch, nestled between Aberdare National Park and Mount Kenya, not far from where the bongo population is being decimated by poachers and losing critical habitat to illegal logging.

Is the bongo an endangered species?

Mike Prettejohn, who is the head of the Bongo Surveillance Project, who I'm staying with, is an ex-safari hunter from the old days when Kenya was a British colony. … In his day, when wildlife was a lot more plentiful and hunting was regulated, he knew where all the bongo were in Kenya. Right about 2004, they were believed to be extinct, and Mike went out into the forest and started looking for these animals, and he was the first person to see them for many years.

When did you become involved?

I became involved with Mike not long after, and in 2008, using the data that Mike collected, I carried out habitat population viability assessment. … We succeeded in getting the bongo recognized by the IUCN [International Union for Conservation of Nature] as critically endangered. So the situation we have at the moment is that bongo occur in four, possibly five, completely isolated locations, and the number of animals in each of those locations is very few. We think there could be as few as 100 animals in total. It's the rarest, most endangered large mammal south of the Sahara in Africa.

They are not a fast antelope that could outrun a lion. They're a species that protects itself from predators by essentially standing its ground and presenting its horns…. So what's happening is when the local people go into the forest, either to collect timber or to collect honey or maybe to set snares, if they encounter bongo, the bongo essentially bay up to the dogs. So rather than run away, the bongo will face the dogs and present their horns and the dogs will just stand there barking, which gives the people the opportunity to go up and snare the bongo. Their rather unique response to humans with dogs seems to be their downfall.

What do the poachers want them for?

It's the meat. They're large animals. They can weigh up to 300 kilos, so that provides food for a family or a community for quite some time. These are poor people and it's very tempting when they are presented with an opportunity with a bongo that they're going to take. There's a high economic value in poaching.

What are you trying to do with the bongo?

What we're trying to do is determine exactly where they are, and using the camera traps, to also determine how many there are because with the images we can try and identify different individuals. Also, while there we look for signs of poacher activity, poacher camps, snares, and general all-around view of the forest, people extracting timber, making charcoal, etc.

What did you see?

Hiking up from the mountain, we found fresh bongo tracks. I asked the scouts, "Should we not put a camera here because it's right where we know bongo are?" And, they said no because this area wasn't safe, there are too many poachers coming to the forest here, and they felt the camera would be stolen. That really brings it home to just how precarious the situation is.

Why is community-based conservation important?

If we can provide a mechanism for the local communities to benefit financially from presence of wildlife, they could have vested interest in conserving them. … It makes more sense to communities to maintain populations than simply to wipe them out.

How optimistic are you for the future of the bongo?

There is a zoo insurance population. There are very healthy populations in Europe and North America, and theoretically, we could put bongo back into the wild. For me, that's the absolute last resort. At the moment, there are still populations that can be secured in the wild and I think that's where all the energies should be focused…In conservation you have to be optimistic. There's lots of bad news stories, but if you're weren't optimistic, you definitely wouldn't be in this line of work. 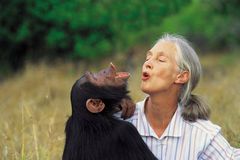 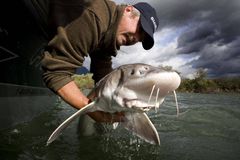