Canada has become the first jurisdiction in the world to declare the everyday plastic-making compound bisphenol A to be toxic, an action that, while hailed by environmentalists, is shining a spotlight on the major use of the chemical in nearly all food and beverage cans sold in the country.

The federal government on Wednesday formally added BPA, as it is commonly known, to its toxic substances list based on concern about possible risk to fetuses and babies. The man-made chemical has been shown in scientific experiments to mimic the hormone estrogen, and is not naturally found in the environment.

The listing is the final regulatory step by the government after an exhaustive four-year study. Earlier, the review prompted Health Canada to ban the substance from polycarbonate plastic baby bottles and to ask infant food makers to get it out of baby formula packaging.

A Statistics Canada survey earlier this year found that 91 per cent of Canadians had the substance in their bodies.

Critics of the chemical want Canada to extend a BPA ban to all food and beverage cans, and not just those to which babies might be exposed, suggesting that the debate over the safety of the material is unlikely to subside. BPA is applied as an epoxy to can liners to help preserve food, but trace amounts leach from the containers and are ingested.

"The government needs to take the next step and protect the general Canadian population from this chemical," contends Rick Smith, executive director of Environmental Defence, an advocacy group.

He said the finding that traces of the chemical are found in nearly all people in the country is "cause for significant concern."

But Health Canada said it believes banning BPA from food contact uses is premature, based on its reading of the research. "Current exposure to bisphenol A through food packaging does not pose a health risk to the general population," it said.

The American Chemistry Council, a U.S. trade group representing BPA makers, could not be reached for comment, but in the past opposed the toxic designation and has argued that the material is harmless.

According to the Canada Gazette posting announcing the toxic designation, a foreign government urged federal regulators not to set a precedent by listing the substance. Environment Canada later identified the country as China.

Two weeks ago, a panel at the European Food Safety Authority reviewed BPA and gave it a clean bill of health, although its scientists acknowledged the plastic causes "adverse effects on animals" exposed at low doses, including biochemical changes in the central nervous system, effects on the immune system and enhanced susceptibility to breast cancer.

However, the EFSA said the studies had shortcomings and their relevance to human health couldn't be assessed.

The Canadian position has been much more aggressive.

The federal government announced two years ago that it intended to list BPA as toxic, pending a public comment period to allow questioning of the decision.

In the Canada Gazette, federal officials said they took the animal experiments seriously.

"Concern for neurobehavioural effects in newborns and infants was suggested from the neurodevelopmental and behavioural" [research]on rodents. Given that the available data indicate potential sensitivity to the pregnant woman/fetus and infant, and that animal studies suggest a trend towards heightened susceptibility during stages of development in rodents, it was considered appropriate to apply a precautionary approach when characterizing risk to human health," it said. 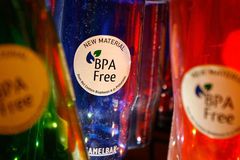 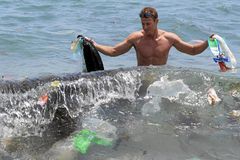