The Canadian-built robot arm aboard the International Space Station is tackling a new challenge: to fix itself.

Canadarm2 and its manipulator hand, Dextre, will replace a faulty video camera on one of the arm's elbow joints.

It will be the first time a robot will repair itself in space, says the Canadian Space Agency.

A ground controller will conduct the operation remotely from the CSA's headquarters in Longueuil, south of Montreal.

The repair is needed because one of the arm's video cameras is unable to transmit clear pictures.

Canadarm2 is the crane-like robot arm of the orbital outpost. It can latch onto various parts of the space station or it can travel around on a mobile base.

Dextre is a long-limbed robot fixture that Canadarm2 can hold up and wield around to perform more delicate manipulations. Dextre has a sense of touch and can grasp small objects and unscrew bolts.

The video cameras each weighs 21 kilos and are about the size of an old-fashioned cathode-ray-tube computer monitor.

On Thursday, Canadarm2 positioned itself on the port side of the space station, near Kibo, the Japanese lab module. Dextre was attached at the free end of Canadarm2's boom.

Starting Friday afternoon, Dextre will remove the faulty camera from Canadarm2's elbow joint and will re-install it on the arm's mobile base, where image quality is not as crucial.

The mobile base used to have a camera too but it broke down in 2012 and was removed by spacewalking astronauts.

The repair will be completed next Tuesday when astronauts aboard the ISS will place a functioning camera on a sliding table inside Kibo and will position it outside through its airlock. Dextre will pluck the camera from the Kibo airlock and will fasten it onto Canadarm2's elbow. 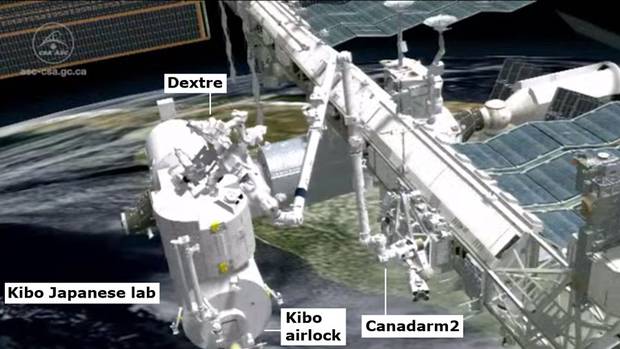 Canadarm2 and Dextre in position near the Kibo module, before Friday's operations, which were scheduled to begin around 1:30 and will last until 9:30 p.m. 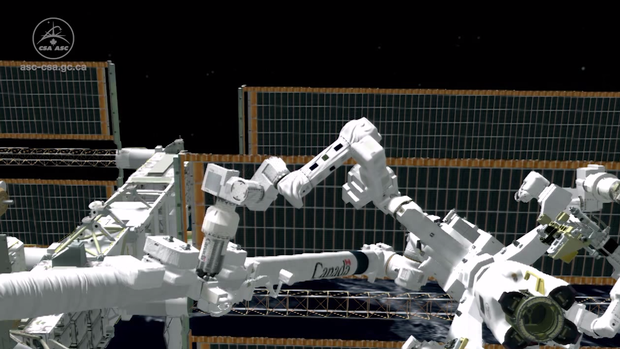 Dextre unhooks the camera from Canadarm2's elbow. Inside Dextre's grappling device, a fixture will extend to unscrew the bolt that retains the camera on the joint. 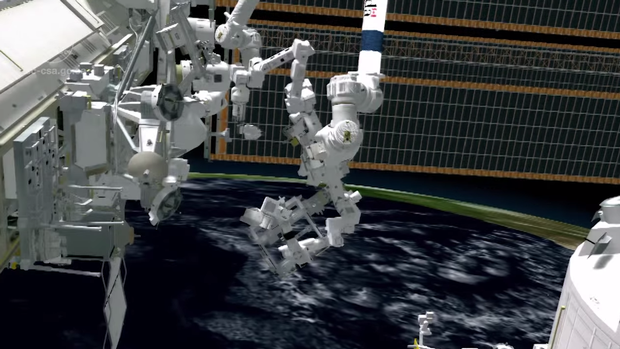 After Dextre reconfigures itself, Canadarm2 swings Dextre downward to let it insert and bolt the camera onto the mobile base. This will end operations for Friday. 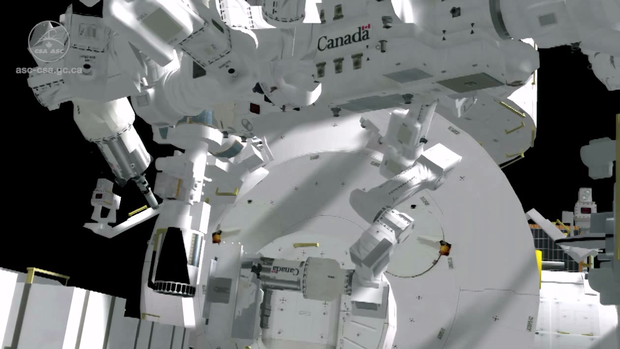 On Tuesday, Dextre removes the new camera from the sliding table outside Kibo’s airlock 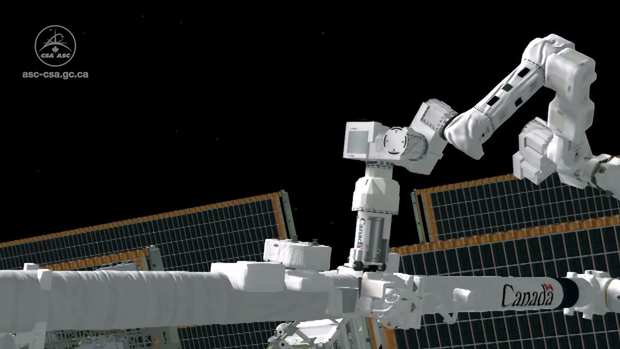 Dextre will then bolt the new camera onto the arm’s elbow joint.

A busy time for Dextre

On May 1, Dextre helped install a group four high-definition video cameras outside the European Columbus lab module. They are now live-streaming images back to Earth,