After seven trips to Antarctica, Barth Netterfield knows what to pack:

"You want to have good sunglasses because it gets really bright."

The University of Toronto astrophysicist is getting ready to look at the Antarctic sky with a very different set of glasses – one that he hopes will bring him back in time to within a fraction of a second of the Big Bang, the event that spawned the universe as we know it.

Together with colleagues from seven universities, Dr. Netterfield's goal is to launch SPIDER, a 3,600 kilogram balloon-borne detector that will drift with the wind above the snow-covered landscape and gather ancient light from the early cosmos. Large portions of the international project were constructed in Toronto, including the gondola that will hang from the balloon and carry SPIDER's precious microwave detectors. After two months of assembly and testing at McMurdo Station, the Antarctic research base operated by the U.S. National Science Foundation, SPIDER's maiden flight is expected within a matter of days. 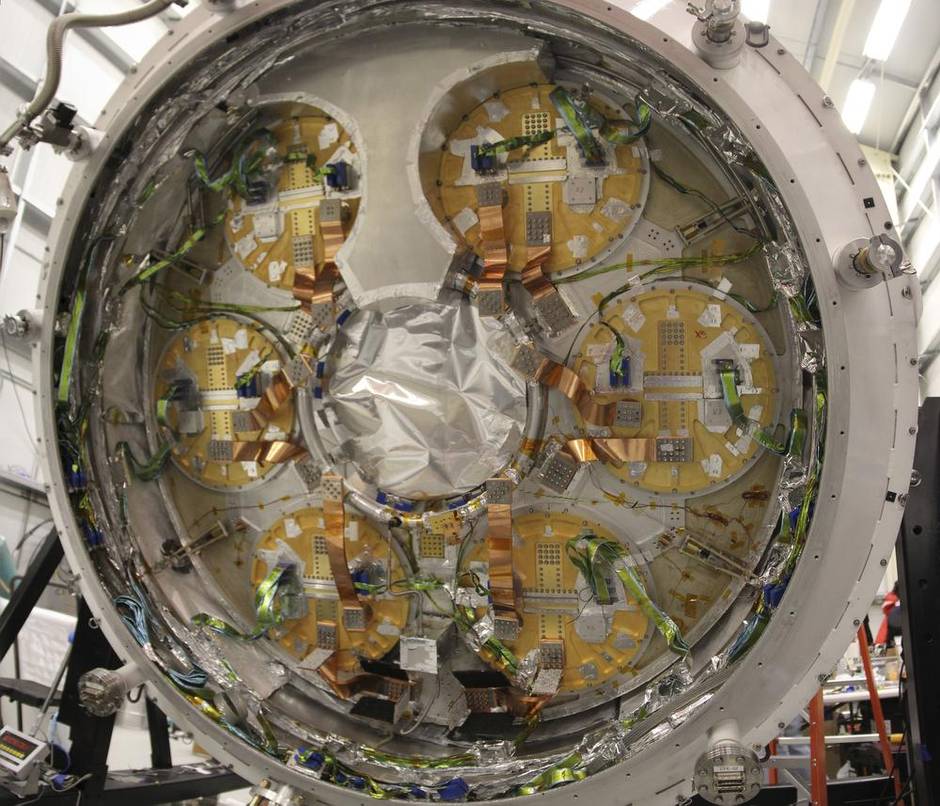 Seen here from the back side, all six of SPIDER's microwave telescopes have been installed into six round ports in the cryostat, a large vessel of liquid helium that cools the telescopes down to a temperature of only 0.3 degrees above absolute zero. (Photos by Jamil Shariff)

“It’s incredibly nerve-racking,” Dr. Netterfield said. “You’re sending eight years of work up on a balloon … so you just try to be careful.”

SPIDER is the latest attempt by scientists to look for clues to how and why the universe formed the way it did.

Their target is the “cosmic microwave background,” a barely discernible signal that is emanating from every direction in space. Discovered 50 years ago, the cosmic background is now understood to be the relic glow emitted when the universe was still white hot, some 380,000 years after its fiery beginnings in the Big Bang. 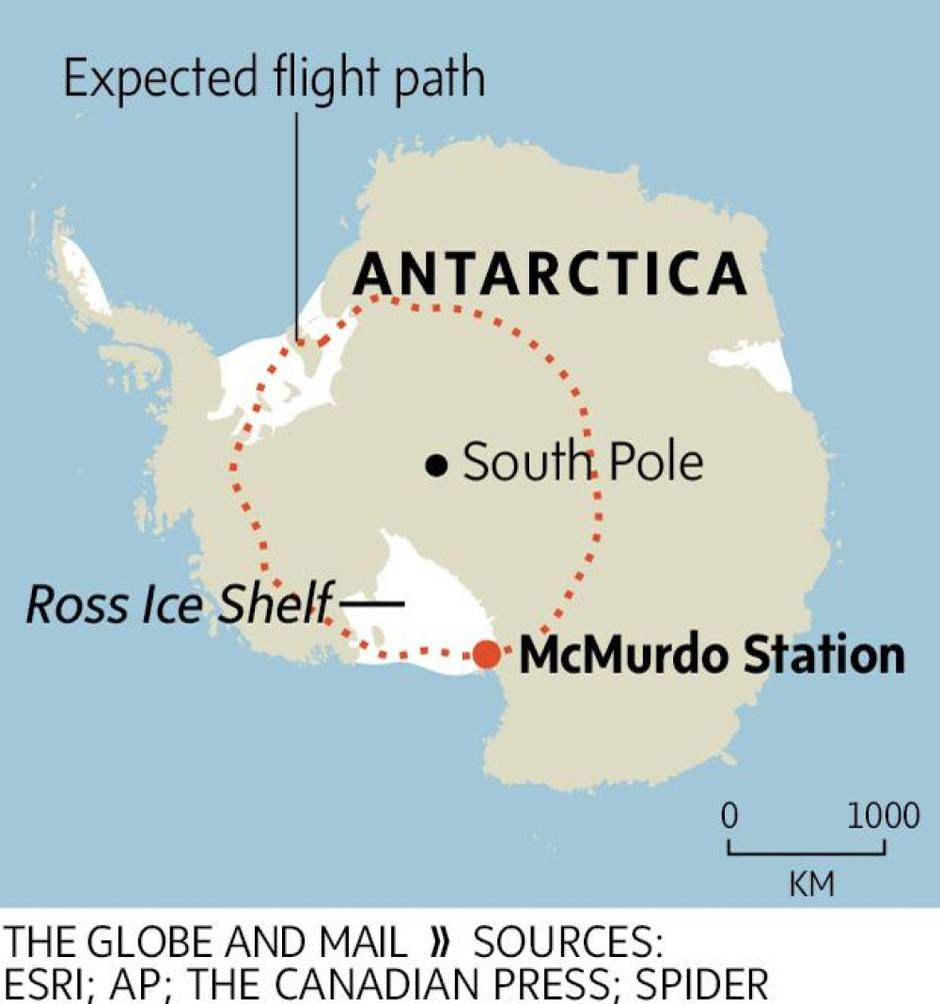 The problem is that at many frequencies the signal is easily absorbed by moisture in the atmosphere. But SPIDER will fly 40 kilometres above Antarctica where the air is thin, dry and cold enough to allow it to detect the cosmic background and map its subtle variations. In particular, it will try to see how the microwaves are polarized – a bit like slipping on sunglasses.

“We’re looking at a signal that came from the very earliest time and at the very highest energies that you could ever really hope to measure anything from,” Dr. Netterfield said. “So it’s an extremely unique look at some very compelling fundamental physics.”

The outcome of the experiment could prove to be a key test of cosmic inflation, a theory that posits our universe rapidly ballooned out of a volume of space far smaller than an atom. This hard-to-imagine scenario can account for many of the features the universe exhibits today, yet it also implies that other universes could be bubbling up in the same manner, potentially with different physical laws.

One predicted by-product of cosmic inflation is gravitational waves – ripples in the fabric of space that would have rattled the very early universe right after it popped into being, estimated at 13.8 billion years ago. SPIDER is designed to detect those waves frozen into the cosmic background – if they exist. The results should help establish which version of cosmic inflation (or none) best explains how the universe formed. 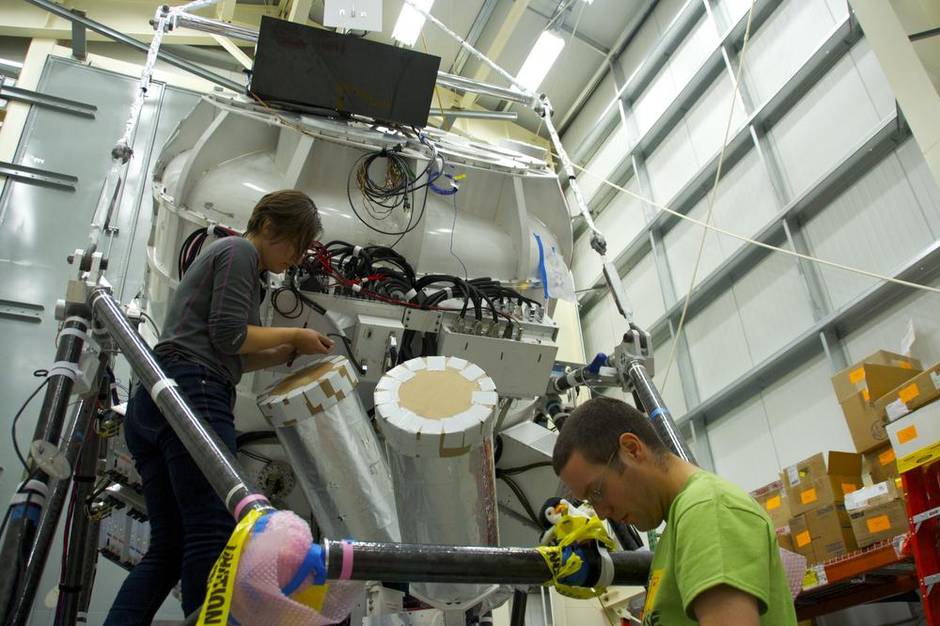 It could also help address a controversy that was touched off last March when researchers behind another Antarctic experiment, called BICEP2, announced they’ve already spotted the elusive waves. Other scientists have since questioned the team’s measurement, which could have been significantly affected by microwaves coming from foreground dust in the Milky Way.

SPIDER will help dispel the uncertainty by observing the cosmic background at two different frequencies, allowing it to better distinguish the background signal from foreground sources. If its coming launch is successful, a second flight will follow in 2016, with definitive results on gravitational waves and the nature of the universe ready some time in 2018.

“SPIDER will have an important impact,” said Matthew Dobbs, an observational cosmologist at McGill University who is not a member of the team. “The hunger for knowledge about the very early universe is clearly present within the scientific community, but also in the general public.”

The University of British Columbia is also participating in the project with Canada’s total contribution amounting to about $1.4-million in funding, primarily through the Canadian Space Agency. Other key partners are based in the United States, the United Kingdom and South Africa.

For the past several weeks SPIDER has been in queue behind two other balloon experiments also launching from McMurdo. The first of those was successfully launched on Thursday. 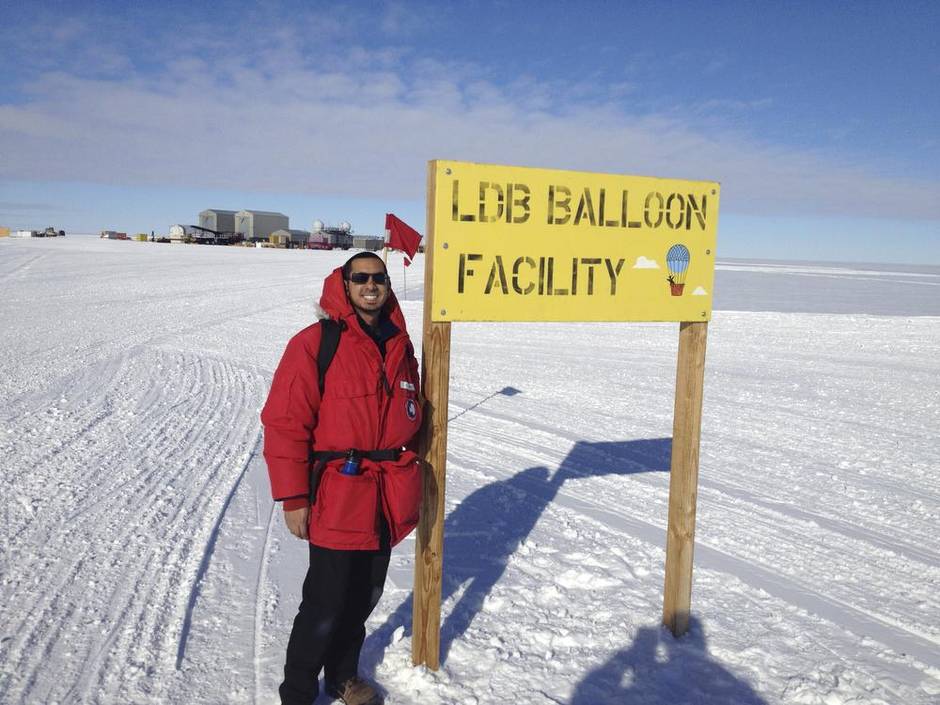 University of Toronto astronomy graduate student Jamil Shariff poses by the sign for the Long Duration Balloon Facility in Antarctica, where three balloon-borne experiments are being readied for launch.

“We’re not quite there yet, but we are extremely close,” said Jamil Shariff, a University of Toronto graduate student who is part of the nearly 20-member team working to get SPIDER airborne.

The launch site is currently experiencing continuous sunlight during the height of the Antarctic summer with temperatures hovering a few degrees below freezing.

Dr. Netterfield said that all efforts were now bent on getting the best data possible from SPIDER’s planned 20-day balloon ride, during which prevailing winds will carry it in a big circle around the South Pole.

“We’ve done tests and we think it’s going to work,” he said. “But you don’t know until you’ve tried it.”