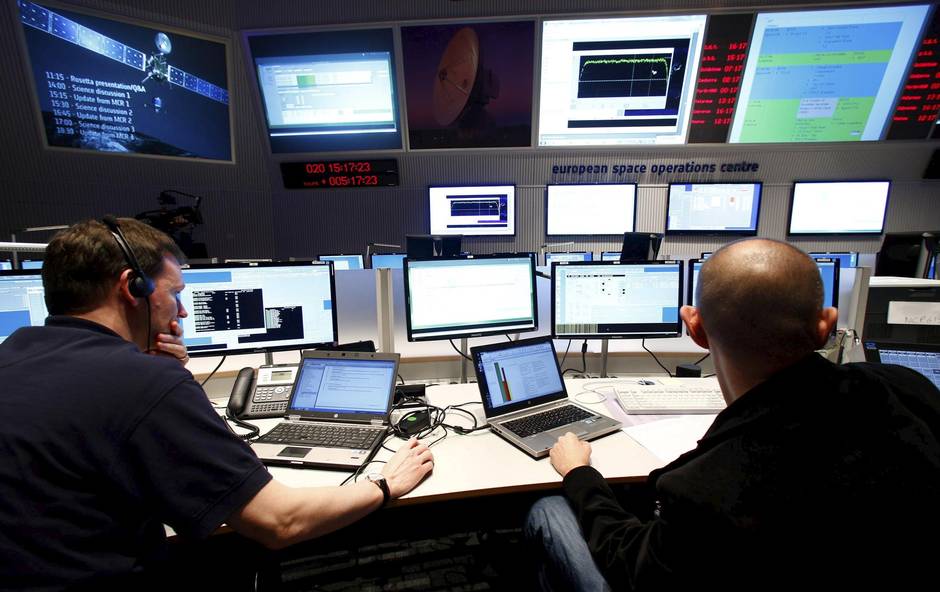 In space, it seems, there really can be second acts.

Scientists and engineers involved in the Philae mission, a robotic probe that set down on a comet last November, were ecstatic on Saturday evening when their lander chirped out a message to say it’s still alive somewhere on the comet’s frozen surface.

The long-hoped-for electronic greeting lasted only 85 seconds. But it was enough to reveal that the probe is apparently healthy and may be able to resume at least some of its scientific operations. Assuming mission controllers can send commands back to Philae in the coming days, the lander should be able to acquire and transmit new photos that will show whether its environs have changed now that the comet is much closer to the sun.

“If we have a chance to recharge the battery – and at the moment that looks promising – we can do more demanding science,” lander project manager Stephan Ulamec told The Globe and Mail. That could include a fresh attempt to grab a sample of the comet’s surface material for analysis by the lander’s onboard chemistry instruments, he said. 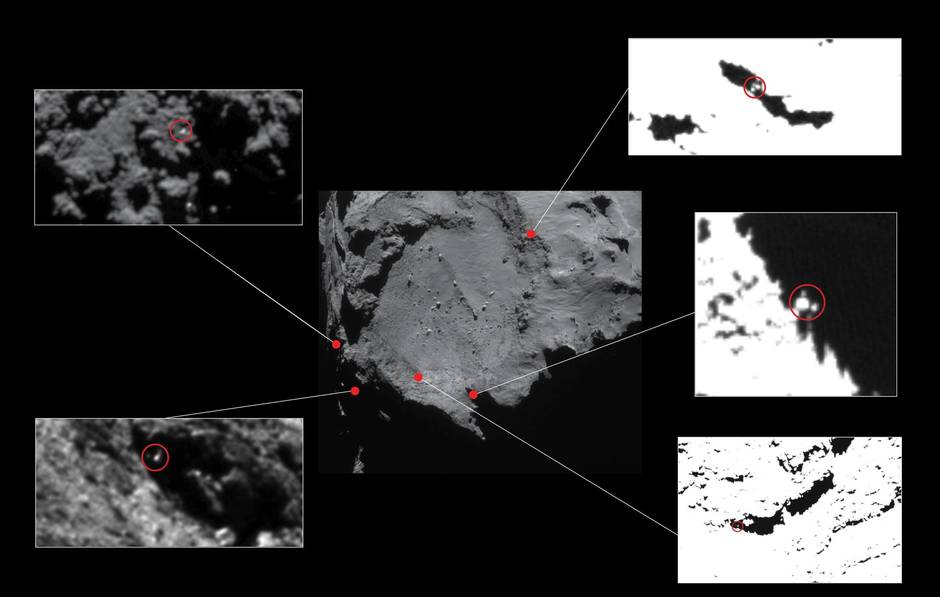 Five lander candidates appear in this image of the surface of Comet 67P/Churyumov-Gerasimenko as seen by the European Space Agency’s Rosetta spacecraft last December. It’s not known exactly where the Philae lander came to rest on the comet’s surface but all of the candidates except for one (top left) have subsequently been ruled out. The lander is about 1 metres across and the image was taken from a distance of 20 kilometres. Rosetta is now orbiting from a greater distance because the comet is emitting a larger quantity of gas and dust at it nears the sun and its surface begins to vaporize. The lander sent a signal on June 13 that Rosetta relayed to Earth. The signal suggests Philae is in good condition and has enough power available to resume science operations. (Handout/ESA)

The 85-second-long signal was picked up at 10:28 p.m. local time at the European Space Operations Centre in Darmstadt, Germany. Before it cut out, the signal conveyed enough information to reveal that Philae survived its seven-month hibernation intact and is still capable of waking itself up whenever it has enough power to do so.

“The solar array looks good, as do all other vital systems we have had data for,” said Valentina Lommatsch, an operations engineer at the German Aerospace Center near Cologne, which serves as mission control for the lander.

The lander has been out of contact with Earth since last November, after it touched down on the surface of comet 67P/Churyumov-Gerasimenko, a four-kilometre-long body made of rock and ice that could contain clues to the solar system’s distant past. Philae was designed to explore the composition and physical properties of its landing site to learn more about comets and their links to the formation of Earth and other planets.

But the novel landing attempt did not go as planned. The failure of a harpoon system that was designed to anchor the lander to the low-gravity comet meant that Philae bounced for several hundred metres rather than staying put. The lander ultimately ended up in an unknown location in the shadow of a cliff or a large boulder. With Philae’s solar panels exposed to only a fraction of the sunlight needed to keep the lander fully powered, its battery ran down and it went silent after operating for about 60 hours. 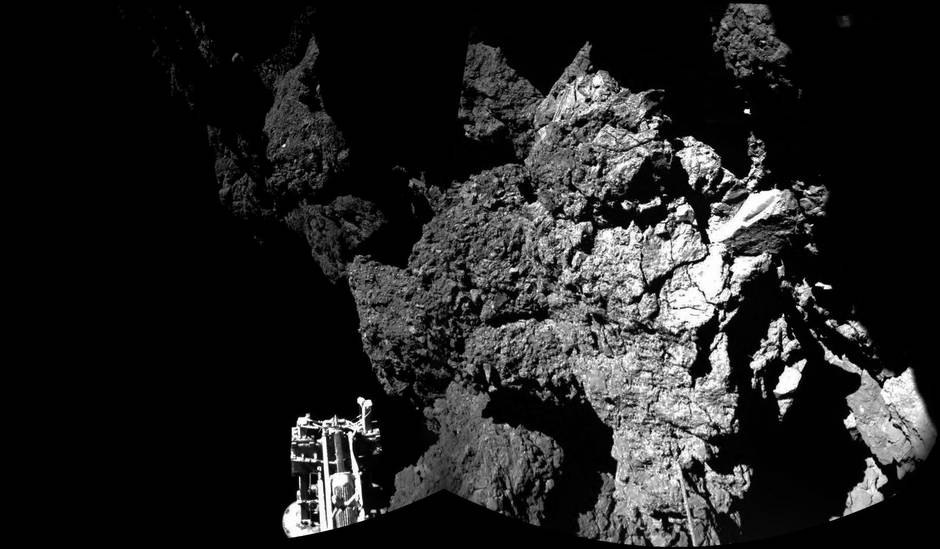 Rosetta’s lander Philae is safely on the surface of Comet 67P/Churyumov-Gerasimenko, as these first two CIVA images confirm. One of the lander’s three feet can be seen in the foreground. The image is a two-image mosaic. (Handout/ESA)

Since then the comet has moved more than 200 million kilometres closer to the sun and is now located just beyond the orbit of Mars. This has effectively quadrupled the amount of energy Philae can gather from every morsel of sunlight that shines on its panels. The lander has likely been turning itself on repeatedly for many days or weeks and has only now reached a power threshold sufficient to allow it to transmit signals.

The brief communication received on Saturday showed that the lander was awake over an interval of two hours and 50 minutes interval and that the temperature of its main electronics board was -35 C. This is comfortably above the -45 C minimum at which the lander should be able to function as designed. The signal also showed that the lander had a peak available power of 24 watts, enough to operate a camera, Mr. Ulamec said.

The key question, he added, is why the signal lasted only 85 seconds. “In principle we should have received a longer [communication] slot if there was enough power available.”

The most likely explanation is that the Rosetta orbiter, which carried Philae to the comet and relayed its message to Earth, was only briefly within the cone-shaped volume of space where it can pick up Philae’s signal projecting upward from the comet’s surface. That could mean the lander has shifted in its attitude and is no longer pointed exactly where mission controllers thought. It could also mean something is obstructing the lander’s signal.

Over the next few days, team members will continue to listen for signals from the lander and see if the orbit of Rosetta can be adjusted to allow for longer transmissions. Assuming this is possible, they will then be able to send as well as receive messages and start to direct the lander to carry out new tasks using its suite of science instruments.

“We shall put all instruments on, and will commission them at the same time,” said Jean-Pierre Bibring, lead scientist for the lander.

How much those instruments can do will depend on how much power the lander has. Just before it went silent seven months ago, mission controllers rotated part of the lander to angle its largest solar panel more directly toward the sun. The move was a calculated risk because the lander is not fastened to the surface and even a slight twist could have caused it to shift into a worse position. It appears that didn’t happen, and that the decision to adjust the lander was likely a beneficial one, setting the state for the lander to reawaken whenever enough energy became available.

But while calculations showed that it was at least possible the lander might wake up again and attempt to communicate some time in late May or June, the chances of this actually happening were far from certain. The first sign that the lander was back online reignited some of the euphoria that accompanied the daring mission last fall. 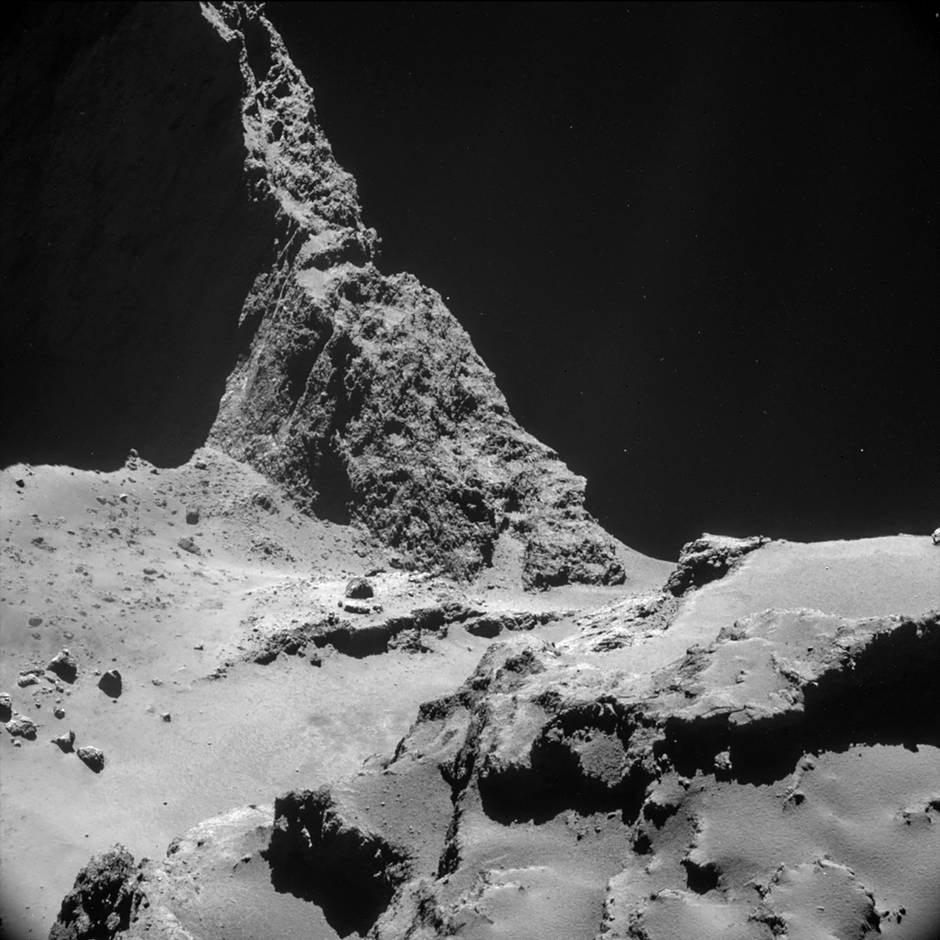 Ironically, Philae’s shady landing site may yet deliver a longer mission than scientists dared to hope for last Nov. 12 when they were getting ready to drop the dishwasher-sized probe on the comet’s surface. Had the lander managed to stay on target it would have ended up in a much brighter and exposed environment where it was expected to eventually overheat and fail long before now. Since the comet is now only two months from its closest point to the sun, it’s possible that Philae will never overheat and may keep going until October when the power will again wane below its ability to speak to Earth.

Once the team was alerted on Saturday night, Mr. Ulamec said, “between midnight and 2 a.m. there were a lot of phone calls and congratulation.”

Ms. Lommatsch said she was in Italy along with several other colleagues on Saturday following a scientific meeting there.

The news that Philae had made contact sent many scrambling back to mission control on Sunday to be there in time for the next opportunity to hear from the lander around midnight local time.

Philae’s official Twitter account also came back to life on Sunday, tweeting: “Hello Earth! Can you hear me?”

“I’m awake! How long have I been asleep?” said one tweet, followed by, “That’s a long time … time for me to get back to work!”