Driving halfway across the continent can be a rite of passage of sorts for twentysomethings like Rachel Derbyshire, a graduate student in integrative biology at the University of Guelph. But when Ms. Derbyshire made the trek from Southern Ontario to Alberta in October, 2011, hers was far from a typical road trip.

That's because the back of Ms. Derbyshire's rented van was occupied by several dozen monarch butterflies, part of a "displacement experiment" that aims to shed light on how the featherweight fliers can manage to find their way to Mexico each year – a journey of up to 4,000 kilometres.

"It's a really amazing feat for these insects to make it down there," said Ms. Derbyshire, who kept her subjects alive on sugar water during the four-day drive. "There's still so much uncertainty as to how they do it."

But while Ms. Derbyshire jumped at the chance to work on the mystery with scientists in Canada and Germany while still a fourth-year biology major, her long-distance drive has also generated pushback from outside researchers who question the study's key claim: that monarch butterflies can stick only to a direction that is biologically predetermined, but are unable to change it if blown off course.

At stake is a deeper insight into one of the most remarkable migrations in nature – a multigenerational odyssey that is as compelling as it is hard to unravel.

That odyssey begins each March when monarchs that have been spending the winter clustered in a relatively small pocket of Mexican forest begin to spread northward, breeding as they go. Because they live no more than six weeks, it may take three or four generations before the descendents of those butterflies reach the northern edge of their range in the United States and southern Canada. Then a much longer-lived generation makes the return trip to Mexico in one epic flight, to overwinter at the same spot where their grandparents or great-grandparents started out at the beginning of the season.

It is the navigation system of the south-going generation that the study tries to illuminate. The autumn-born monarchs that Ms. Derbyshire transported were tested in portable flight simulators in Ontario before the road trip began. The butterflies unfailingly chose a southwesterly direction, which pointed them toward Mexico. Yet, after being driven to Calgary where they were again tested in the simulators, the butterflies continued to prefer southwest, even though that course would have sent them straight into the Rockies.

The result, published Monday in the Proceedings of the National Academies of Sciences, shows "that they don't really have any way of sensing where they are relative to their goal," said Barrie Frost, a professor emeritus at Queen's University in Kingston, Ont., and a co-author on the study. "This must mean there are other factors involved in getting them to this very small location in Mexico."

Dr. Frost and his collaborators say the insects are essentially funneled to Mexico by mountain ranges and coastlines. Once they are in the correct general area, chemical clues from vegetation or perhaps left by previous generations of monarchs may allow them to zero in on the overwintering ground – but that final step remains speculative.

In addition to the displacement experiment carried out by Ms. Derbyshire, the researchers performed a mathematical analysis on 50 years of data from tagged butterflies, which they say demonstrate that monarchs do not orient themselves to their surroundings as though using an internal map. That claim has drawn fire from some experts.

"I don't think you can say they don't unless you have very compelling data to make such a bold statement," said Steven Reppert, a neurobiologist at the University of Massachusetts Medical School in Worcester, who studies the physiology of monarch navigation. Dr. Reppert added that it would require many experiments with butterflies across North America to sway skeptics.

Karen Oberhauser, a monarch expert at the University of Minnesota, noted that the authors did not test which navigation system was a better fit for the tagging data. As for the displacement experiment, "It would have been more convincing if the authors had used naturally occurring monarchs in two places and found that they both moved in the same direction," Dr. Oberhauser said.

But Lincoln Brower, a professor and monarch researcher at Sweet Briar College in Virginia, said the study may be on the right track because it suggests the monarchs are reaching their destination in a relatively simple way. "I don't see how it's necessary to invoke greater complexity to get the butterflies into Mexico," he added. 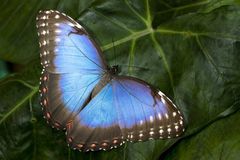 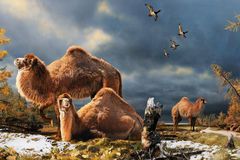