With species now vanishing at 1,000 times the rate they did before humans became the big threat to life on Earth, scientists and philosophers from around the world met this month at Laurentian University in Sudbury, Ont., to discuss the best way to combat what amounts to the sixth great extinction event in the planet's history.

Although uncomfortable with the notion that conserving endangered species now amounts to an exercise in "triage," most of those at the conference agreed that some priorities are required, given all the time, energy and money being directed toward conservation. The issue now is how to set those priorities.

To that end, Arne Mooers, a biologist at Simon Fraser University, presented a paper called "Are some species more equal than others?" The title was purposely Orwellian because Prof. Mooers argues that evolutionary isolation – as determined by a measure called phylogenetic diversity – may be the best way to assess the value of a species. The Globe and Mail talked to him about why.

Is applying phylogenetic diversity to conservation a new idea?

Not entirely. In 1982, the celebrated biologist E.O. Wilson stated that the aim of conservation should be to preserve all the information contained in all the DNA of all species currently alive on Earth. But the notion now is a practical one – to preserve those species that carry the most information on evolutionary history in their DNA.

How would it work?

Biologists use diagrammatic trees to depict relatedness between species and groups of species based on divergences from common ancestors. Sometimes it's the branching pattern that's of interest – who's related to whom – but increasingly we pair fossil information with DNA-sequence data to understand timing and rates of divergence; in effect, the length of these branches.

Phylogenetic diversity is the total amount of independent evolution represented by adding branch lengths for a set of species. For all 9,993 species of living birds, for example, that's about 77 billion years' worth of information; for the 575 of these currently at risk of extinction, it's about 2.7 billion years. The next step is deciding what that means from a conservation standpoint.

It is. Can we identify species we can't afford to lose? Can we use evolution as a guide? Can we make choosing which species to save any less ad hoc? Evolution is important in and of itself, but can also be a proxy for other

Can you explain that dichotomy?

Let's say we use evolutionary history to prioritize species that are demonstrably different, with few or no relatives. Saving these, in effect, preserves maximum biodiversity because of the amount of non-redundant information they represent.

The argument offers a very clear way forward: Use a family tree to find the lonely uncles and aunts because, if they go, all that information they carry on unique solutions for evolutionary problems through time is gone.

If you lose a member of a recent, more populous group, however, you might lose the organism, but not all its information, some of which is carried by close relatives. There's a replaceability argument: The biosphere has something to fall back on in the long term. The proxy aspects aren't necessarily conservation criteria, but can provide helpful byproducts. If, by saving a species for evolutionary reasons we gain something else important, it's more bang for our conservation buck.

Can you elaborate on that last bit?

For instance, does prioritizing an isolated species deliver some other function or utility on the landscape in question? There are other species there doing different things, likely some of which are important in terms of ecosystem function.

if we save a broad array of organisms by association, we can end up with things we know we need for a productive landscape, but also get things we didn't know we needed.

Another proxy is cultural. People see evolutionarily isolated organisms – for example, aardvark, panda, platypus, coelacanth, hoatzin – as both unique and "cool," which can be motivating to conservation efforts. One-of-a-kind is something people understand; it makes animals and plants interesting and lovable, so they want to aid in preserving them even if the real reason for doing so is the scientific argument concerning phyolgenetic information.

In the end, the most isolated species are the ones we can't afford to lose; less isolated ones will take care of themselves. The natural world is a product of evolution so why not use evolution to guide us?

Calgary zoologist steps into the wild to save endangered mountain bongo
May 2, 2013 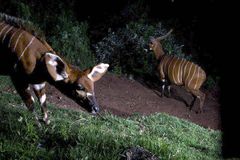 World leaders tackle a tall order: How to preserve life on Earth
October 17, 2010 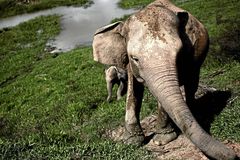 How I discovered a new species of opossum, and why it matters
February 23, 2013 Scientists should be smarter about finding missing species: study
September 29, 2010 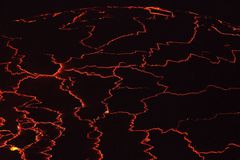