The mice can see, smell, hear and move about just as regular mice do, but when they are placed in an enclosure where they have a chance to interact with another mouse, they would rather spend time with an orange plastic cup at the other end of the box.

It's just one of several signs that the mice are behaving in a way that closely parallels autism in humans.

What is important about this is that scientists at the Lunenfeld-Tanenbaum research institute in Toronto know exactly why. The mice were bred with a shortage of a protein called nSR100 that appears to play a crucial role in nerve cells. It is a linchpin that controls many other pieces of intricate molecular machinery. Mice that don't have it die at birth. Mice with half the normal amount look a lot like they have autism.

The result, published Thursday in the journal "Molecular Cell," is the most definitive yet for a team that has steadily been working to uncover the causal link between a single protein and autism – a multifaceted disorder for which clear causes are notoriously difficult to pin down.

From the archives: 'Design empathy' builds inclusive spaces for people with autism

"We've really hit upon a common mechanism that may account for at least one third of autism spectrum disorder cases," said Ben Blencowe, a researcher with the University of Toronto's Donnelly Centre who is one of the leaders of the effort.

Dr. Blencowe and his colleagues first came across nSR100 five years ago when they were exploring a more basic scientific riddle. They were trying to better understand how the human genome, which contains about the same number of genes as a common roundworm, can produce something as complex as the human brain.

The answer lies in a bit of fine tuning that cells can do when they use the instructions embedded in their DNA to make proteins. Known as "alternative splicing," the system works like handwritten notes in the margins of a recipe book. When information is copied from a gene and sent to make a protein, some additional information is inserted along the way – in effect, tweaking the recipe. It appear that a lot of what makes us who we are as a species come down to this kind of tweaking.

The team found then that nSR100, a protein that appears to be active only in nerve cells, plays a prominent role in alternative splicing by making tiny adjustments that change the structures of dozens of other proteins. Next, the scientists discovered that nSR100 levels were low in the brain tissue of a range of postmortem autistic individuals, including many for whom there was no known cause of the disorder.

For their latest work, Mathieu Quesnel-Vallières, a PhD candidate in Dr. Blencowe's lab, developed the lab mice with a shortage of nSR100 in their brain cells. In most respects they appear healthy. "It's when you start running tests for social behaviour on these mice that the difference shows up," Mr. Quesnel-Vallières said.

The lack of sociability is more pronounced in male mice with the deficit, mirroring another common feature of autism in humans. The mice also exhibit hypersensitivity to their environment, so that they are constantly startled by sounds and other stimuli.

While the mice were engineered to have low levels of nSR100, the key question is what causes the same deficit to arise naturally in some human brains. The new work provided an explanation. By examining individual brain cells, the team found that higher-than-normal cell activity leads to a depletion in nSR100. The pattern implies that any genetic mutation that causes neurons to be overactive will ultimately compromise nSR100 and produce autism. It also suggests avenues for future treatments aimed at reducing the effects of the disorder.

"If you could turn the system back to normal levels you might be able to restore function," said Sabine Cordes, who co-led the work.

The researchers caution that such a possibility is far from certain, but as a starting point they have begun to test for compounds that may increase nSR100 production.

One significant hurdle is that there is currently no way to test for the protein in living subjects, because it is only known to be active in neurons. Dr. Blencowe suggested a future diagnostic may involve growing neurons from a person's stem cells and then testing those. Meanwhile, the researchers are turning their attention further upstream to better understand how neuronal activity reduces nSR100.

"These are intriguing findings," said Lilia Iakoucheva, a researcher at the University of California San Diego who specialized in the molecular basis of psychiatric diseases and who was not involved in the Toronto study. She added that whole genome sequencing of a larger number of autism families might turn up mutations that affect the regulation of nSR100 and so reveal previously hidden genetic links between the protein and autism.

Dr. Cordes said that while the project began as basic research it has led to findings that have the potential to make a difference in people's lives in the future.

"That's what is most gratifying," she added. 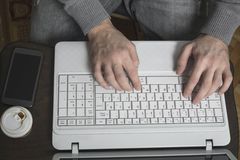