It looks like the B-movie version of what you expect to find in a scientist's lab: An emerald green liquid that turns into a brownish gel as more ingredients are added.

Yet, this colourful goop, developed at the University of Toronto, does something that researchers say could make it a real-life blockbuster. When spread on a strip of metal and subjected to an electric current, it can break apart molecules of water at about three times the rate and far more cheaply than any substance currently available. If its effectiveness proves long lasting, it could pave the way for a new and commercially attractive method for storing renewable energy.

"This is an amazing material," said Bo Zhang, a visiting researcher from the East China University of Science and Technology in Shanghai and the lead author on a paper describing the material, published online Wednesday by the journal Science.

Working with colleagues in Toronto and elsewhere, Dr. Zhang was able to develop the gel and verify its potency as a catalyst for breaking down water (H2O) into hydrogen and oxygen.

The key element in the process proved to be tungsten, a relatively cheap and abundant metal. The tungsten doesn't split the water itself, but its presence in the catalyst changes the properties of the other ingredients, specifically an iron-cobalt oxide, enabling it to split water more easily.

What's more, Dr. Zhang said, the material can be made at room temperature, unlike many catalysts. Once made, it can be applied easily, like a paste.

This suggests the material could spur the development of water-splitting technologies at industrial scale. In such a process, the oxygen molecules that are created as byproducts are typically released into the atmosphere while the hydrogen is stored. When later recombined with oxygen, in a fuel cell for example, the hydrogen can be used to generate energy.

The advantage of this scheme is that it can take electricity that is produced by renewable but intermittent sources, such as solar and wind, and convert it into a form of energy that can be stored indefinitely for later use.

The storage conundrum has long bedevilled the renewable energy sector. Battery technology has not yet provided an inexpensive and long-lived means of storing electricity in large quantities.

"It's an unsolved problem at the moment and we don't really have commercially compelling solutions," said Edward Sargent, a professor of engineering at U of T and the senior researcher involved in the work.

The new material could improve the situation significantly, by making hydrogen more viable as an energy-storage option. It is one of the first tangible results to come from a research program Dr. Sargent leads in bio-inspired energy that is sponsored by the Canadian Institute for Advanced Research (CIFAR).

One of the program's goals is to achieve energy solutions by drawing on the example of natural systems. Water splitting is one such solution, which plants routinely perform with high efficiency as part of photosynthesis.

The catalyst required more than a year of development during which the team started with the idea, based on earlier research, that a tungsten-infused material might yield good results. What followed was a series of steady improvements guided by theoretical predictions of how water would interact with different versions of the material.

Through the CIFAR program, Dr. Sargent was able to enlist colleagues at Stanford University who performed the theoretical work. The microscopic behaviour of the material was studied by bombarding it with a beam of high-energy X-rays at the Canadian Light Source in Saskatoon and another facility in China. A particle accelerator in the U.S. was used to verify the material's structure at atomic scales.

Splitting a water molecule is a four-step process in which the limiting step is typically the division of the hydroxyl (OH) radical. The researchers found the tungsten-based compound managed to even out the energy required by each step, which made the entire process more efficient.

"This work highlights the wonderful surprises that emerge when we ask different metals to work together. The outcome is that they show remarkably high efficiencies with abundant and inexpensive metals," said Curtis Berlinguette, an expert in energy storage and catalysis at the University of British Columbia who was not involved in the work.

Dr. Berlinguette added that the next challenge for the U of T team would be to demonstrate that the new material can sustain years of use as a catalyst, a necessary step on the way to developing a commercially sustainable technology.

Dr. Sargent said that so far the material had shown no sign of degrading after 500 hours of testing and he was optimistic that it would be robust enough to last for years. The team found no sign of metals leaching from the material, which Dr. Sargent said was a "very encouraging" indication of its long-term stability. 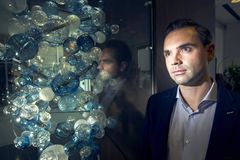 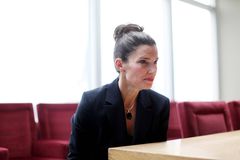 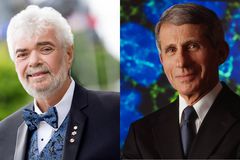